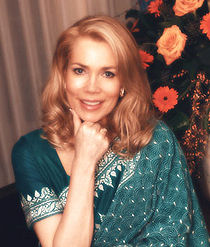 An impoverished German prince will begin the final round of a battle today to inherit ｣100m-worth of castles, property and a Mediterranean island denied to him by his family because he married a "bourgeois" socialite who later converted to Islam and left him for the Aga Khan.

The tale of clannish feuding, iron Teutonic principle and divorce involves Prince Karl Emich zu Leiningen, 48, who hopes to convince a "princes' court" in Munich this afternoon of his right to inherit his family's fortunes. A panel of three German aristocrats, including a judge and the deputy president of the Berlin parliament, Prince Hermann Otto zu Solms-Hohensolms-Lich, will decide whether to overrule the 103-year-old family edict which has prevented him gaining access to his inheritance for nine years.

The merciless squabbling over the Leiningen family assets started in 1991 when Prince Karl chose to defy his 72-year-old mother Princess Eilika and marry the German society beauty and steel magnate's daughter Gabriele Thyssen. Princess Eilika and her husband, Prince Emich Kyrill, refused to attend the wedding in Venice and formally disinherited their son shortly afterwards. Prince Karl's crime was to have broken a 1897 family edict which stipulates that its members may only marry aristocrats of equivalent status.

"From the very beginning of our marriage I was turned into an enemy. We were both subjected to enormous pressure. No marriage can withstand that sort of thing in the long-term," Prince Karl said in a recent interview, "I had hoped that things would improve when our child arrived. But after our daughter was born, nothing happened. My mother has refused to speak to me since the wedding." The prince insists that the strains imposed on the marriage by the family feud led his wife to desert him in 1998 when, in a blaze of publicity, Princess Gabriele converted to Islam and ran off with the Aga Khan, who she later married after divorcing the prince. Since then the prince has been involved in a desperate legal battle to gain the rights to his inheritance, which includes the Mediterranean island of Tago Mago, near the Spanish island of Ibiza, which is used as the family's summer retreat; two stately homes in Bavaria and the Rhineland Platantinate; and estates in Africa and Canada.

His attempt to gain his in heritance was first thwarted in 1991, when his father, then dying of cancer, flew to Munich and instructed his lawyers, from a wheelchair on the airport runway, to cut his son out of his will. Since then he has been through the German courts, which have ruled against him. The final blow came when the constitutional court in Karlsruhe rejected his appeal.

Every attempt by the prince to gain access to the family fortune has been vehemently opposed by his mother and his brother Prince Andreas, 44. As a result, he has been left with no option but to resort to the princes court - an aristocratic body which occasionally arbitrates in matters of blue-blooded strife.

"We will do our best to ensure that the two brothers reach an agreement," said the court chairman, Prince Ludwig Eugen zu Wied.

The case will inevitably involve the court making some difficult decisions about the prince's welfare.

Prince Karl has never been equipped to enter a profession: his education consisted purely in being schooled to run the Leiningen family affairs. He currently lives in a three-storey forester's house on the family estate, which he says he may be forced to leave because he is so short of cash. ...

The Begum wants half of the Aga Khan's £1billion fortune

It is already being billed as the most expensive divorce in history. But now it could be one of the most bitter, too.

The billionaire racehorse owner and playboy the Aga Khan is being sued for divorce by his wife of six years, German-born former pop singer the Begum Inaara Aga Khan, 41.

And as their relationship crumbles, she has warned him that she will, if necessary, demand that the British taxman examines every nook and cranny of his labyrinthine financial affairs to make sure she gets her rightful share.

The Begum, born Gabriele Thyssen in Frankfurt, wants half the 67-year-old Aga Khan's fortune, estimated to be at least £1billion.

An insider said last night: "Detailed enquiries into the Aga Khan's tax affairs would be very inconvenient for a man of such considerable wealth.

"It's not that his wife is being greedy, but she wants what she's due. And as he has so much, that will amount to a lot of money."

The battle lines were drawn last year when the Begum sued for divorce in London, saying that their marriage had broken down irretrievably. But the Aga Khan, a British citizen who owns 600 racehorses and has homes on five continents, has successfully applied to have the divorce heard in a French court, where he believes his wife will receive a less lucrative settlement.

The Aga Khan's financial affairs have already been the subject of investigations by the authorities in America and Canada. They looked into the apparent transfer of large amounts of cash by members of the 18million-member Shia Muslim Ismaili sect, who donate significant sums to the Aga and worship him as their God or "bringer of light."

Similar investigations by the UK's Inland Revenue and Customs and Excise, which collects VAT, could paralyse his operations.

The Aga Khan's diverse business interests in this country include 43 prayer and business centres run by the Ismailis all over Britain, from which he receives tribute money. He owns three private executive jets, several yachts - one worth £56million - a newspaper, an airline, hotels, factories and a fabulous collection of jewellery and antiques. As if to underline her determination for every penny she can get, the glamorous Begum, who has a four-year-old son, Prince Aly Muhammad, by the Aga, has engaged the tough divorce lawyer Maggie Rae to fight her corner.

The Aga is the world's leading racehorse owner and trainer, and once owned Shergar, the Derbywinning racehorse, which was later kidnapped from an Irish stud farm and never seen again.

The divorce is the second for both parties. The Aga Khan divorced his first wife, former model Sally Croker-Poole, with whom he had three children, 13 years ago. The settlement cost him a reputed £20million. The Begum was previously married to German Prince Earl-Emich zu L e i n i n g e n , whom she divorced in 1997. She converted to Islam and took her new name when she married the Aga.

The previous biggest divorce payout in Britain was £250 million to Rafael Lopez-Cambil from cosmetics tycoon Paloma Picasso in 1999.