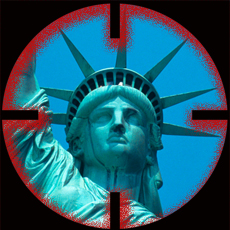 House Speaker Nancy Pelosi has long wanted more members of Congress to know what’s going on at the CIA, but why doesn’t she announce a full-fledged investigation into the intelligence contractor mess, complete with televised hearings?

Why has it fallen to The Washington Post to get everyone talking about the spy world’s mercenaries?

For weeks now the Speaker has been holding the intelligence authorization bill hostage, insisting that the final measure include expanding the number of House members who can receive Top Secret briefings.

Nobody needs a Top Secret briefing to see the elephant in the room.

Relying on public records, The Post has just revealed “what amounts to an alternative geography of the United States, a Top Secret America created since 9/11 that is hidden from public view, lacking in thorough oversight and so unwieldy that its effectiveness is impossible to determine,” as Dana Priest and William M. Arkin put it.

Why aren’t Pelosi and the intelligence committees taking that on?  To be sure, there have been plenty of oversight drive-bys.

The Senate intelligence committee “does sustained reviews of this subject,” an aide to Chairman Dianne Feinstein (D-Calif.) said. “The committee receives updated figures on the size of the problem annually; it has met with the top [human resources] guy for the IC; and has had multiple discussions at the head-of-agency level with CIA, NGA [National Geospatial Agency] and DHS intelligence.”

Feinstein has also supported an intelligence authorization bill that would have reduced the contractor force by 10 percent between fiscal years 2009 and 2010, the aide said on condition of anonymity because, well, that’s the only way they will talk to us.

Wow, 10 per cent. I guess you have to start somewhere. But the bill has never passed.

In the Clapper hearing, Feinstein also said she was “pleased that [contractors] are no longer being used to conduct interrogations” and pledged to “keep pushing” to reduce their overall numbers “until contractors are not used for any inherently governmental purpose.”

Good luck with that.

Likewise, the House intelligence committee has taken swipes at the contractor mess.

“We’ve looked into it,” said a Republican staffer. “It’s been the subject of provisions in authorizations past, including one by Mike Rogers [R-Mich.] involving inherent government functions.”

He added, “I don’t think there’s been a formal hearing of the full committee on that specifically recently, but you’d have to check with the Dems.” I did, but a spokesman for the chairman, Rep. Silvestre Reyes, didn’t respond to my inquiry. Rep. Anna Eshoo of California, however, a senior Democrat on the intelligence committee, did respond.

On Wednesday Eshoo had “praised” the Post investigation into intelligence contractors, which she said “in so many ways makes the case for strong oversight — and that’s Congress’s job.”

An Eshoo aide said “she would” support full scale hearings on intelligence contractors.

Here’s the thing, as Washington old-timers know: Without an all-out investigation and full-dress hearings, chances are intelligence contractor reform will fall by the wayside, like so many other “burning” issues that die like fireflies in Washington’s summer nights.

Only a big show grabs the public by the lapels, which in turns gives Congress and the White House the spine to do something. Without the Watergate hearings, surely Nixon would have escaped judgment. The same goes for the dramatic hearings on the Vietnam War; CIA assassination plots; the Iran-Contra, arms-for-hostages deal; Gulf War syndrome; Wall Street greed and nicotine in cigarettes.

Only big-time hearings have the power to shake the public out of its lethargy — and, it must be said, ignorance — to demand reform.

L. Britt Snider, an expert on intelligence oversight by virtue of holding top jobs at the Senate intelligence committee, the CIA and the 9/11 commission, not to mention writing scholarly papers on it, says “the use of contractors has been a perennial topic …”

“People were certainly aware that the contractor base had exploded after 9/11,” he said in a phone interview, “but I’m not aware that anyone ever did a systematic look into what was happening.”

Back to Pelosi: An aide, who like all the others speaks only on condition of anonymity, said she “certainly sees a need to step up oversight.” But after taking an informal sounding, he added, Pelosi found “there wasn’t any momentum for it.”