Arizona Gov. Brewer Under Investigation for Ties to Private Prisons that could Benefit from SB 1070 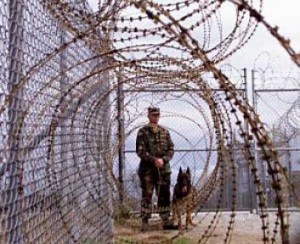 Busted! Racist Arizona Governor Jan Brewer, she of the leathery face, is under investigation, by TV station KPHO, which is looking into ties between her administration and Corrections Corporation of America (CCA) – and how the Governor’s rhetoric on border security may be damaging Arizona’s tourism industry for the benefit of CCA.

The private prison industry houses illegal immigrant detainees for the federal government. Those companies could gain contracts with state and local agencies to house illegal immigrants arrested for state violations.

Corrections Corporation of America, or CCA, holds the federal contract to house detainees in Arizona. The company bills $11 million per month. CBS 5 Investigates has learned that two of Brewer’s top advisers have connections to CCA.

Paul Senseman is the governor’s deputy chief of staff. He is also a former lobbyist for CCA. His wife is listed as a current lobbyist for the company.

Chuck Coughlin is one of the governor’s policy advisers and her campaign chairman. Coughlin’s company, HighGround Public Affairs Consultants, currently lobbies for CCA.