The Inside Story of Pakistani Schooling of Terrorists 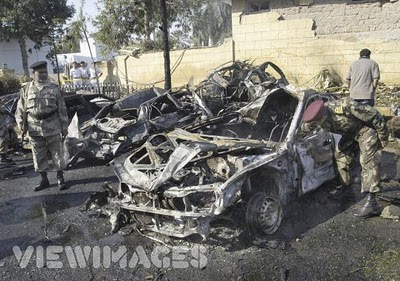 Pakistani military developed the top-down strategy of the expansion of the madrasa system for political gain. The prime desire for madrasa infrastructure was to mobilise and use Islamist militancy as the cheapest and most effective political tool for Pakistan’s multiple internal and external policies. With the Western disengagement from Afghanistan at the end of the Cold War, Pakistan’s military intelligence agency (ISI) found a golden opportunity to exploit the madrasa system to the great benefit of Pakistan’s security and geopolitical interests in Afghanistan and India.

The Taliban creed was a cancerous product of Pakistani madrasa incubation. Early 1990s, the success of Taliban in Afghanistan spread the ISI influence to Amu Darya in the north and Heart to the West of Afghanistan. This strategic victory for the Pakistani military was the beginning of annexing Indian Kashmir to Pakistan. Although the al-Qa’ida attacks on the World Trade Centre in 2001 rolled back a great deal of this strategy, the ISI still continues to sustain its covert nexus with the Taliban for the same mileage.

At the home front too, the ISI reaped the harvest. Islamic militancy was used to squash indigenous local nationalist and secularist parties for fear of luring separatist tendencies within the country’s Pashtun, Baluchi, and Sindi minorities. In 1971 the ISI desperately attempted to undermine the separatist and secularist struggle of the Bengali intellectuals by the militant mullahs. However, it has miserably failed to crush Bengali secular nationalism that led to the separation of Bangladesh, due to the weakness of the madrasa system at that time.

Ideologically, Pakistani Islamic militancy is a hybrid mix of the ultra-conservative Deobandi version of Islam in the Indian sub-continent, the Saudi desert version of Wahabism, and the Middle-Eastern revolutionary Islamic Brotherhood. Pakistani Maulana Abdul Ala Maududi and Egyptian Sayid Qutub have been the founding fathers of ultra-conservative Islam in Pakistan. Both theoreticians insisted on gender segregation, veiling women from head to toe, and denouncing music and western modernisation. They preached madrasa as an alternative to what they believed to be a “Westoxication of Muslim Societies,” to use Samuel Huntington’s phrase.

Jamiat-e-Islami and Jamiat Ulema-i-Pakistan are the Taliban and al-Qa’ida-linked derivatives of the Maududi and Deobandi schools that now control the provincial governments of Baluchistan and the North-Western Frontier Province by leading a coalition of religious parties called Muttahida Majlis-e-Amal (MMA). The two powerful religious actors on Pakistan’s political space made it easier for the military elite to make do and mend its relation with the Taliban and other militants.

The loudspeakers of minarets in these two provinces openly propagate pro-Taliban and pro al-Qa’ida ideology, trying to promote and justify jihad, and appropriating suicide bombings against Western forces in neighbouring Afghanistan.

In the tribal areas, General Musharraf has never undertaken any serious and decisive operation against the festering madrasas. Last December, Newsweek magazine reported this Pakistani grey area produced “a 12-member group of Westerners at camps in Northern Waziristan to carry out attack in the Western countries”. Moreover, one of the four suicide bombers who attacked London’s transportation system on July 2005, spent time in one of the Pakistani madrasas.

It appears unlikely that the current skirmishes between General Musharraf and radical Islamists will last long. Nor will the military dare take the battle to more lethal terrorist centres, especially those thriving in Pakistan’s North-West Frontier Province.

If Pakistan’s history is any guide, the generals would step the familiar path of sustaining the madrasa system for future use. As has happened so often before, General Musharraf will keep lid on some selective hotbeds of militancy without touching the cause of festering Islamic terrorism. In the generals’ thinking, such orthodoxy is seen as a magic formula to guarantee Pakistan’s unity and the survival of the military rule. This is the real source of quandary.