“… BP is not directly editing its page, but instead has apparently inserted a BP representative into the editing community who provides Wikipedia editors with text. The text is then copied ‘as is’ onto the page by Wikipedia editors, while readers are none the wiser. …”

A British Petroleum representative allegedly rewrote 44 percent of the oil giant’s Wikipedia page, including the environmental sections. Some Wikipedia editors are crying foul.

Oil giant British Petroleum is well-known for the Deepwater Oil Horizon disaster and its much-criticized handling of the cleanup’s aftermath. But you might want to think twice before you read about the event, or the company’s environmental record, on Wikipedia.

Angry Wikipedia editors estimate that BP has rewritten 44 percent of the page about itself, especially about its environmental performance.

This comes to light just as a federal judge has scheduled a hearing for April 5 on BP’s request to prevent payments of what the oil company calls “fictitious or inflated claims” in a class action settlement reached with victims of the 2010 Deepwater Horizon (Gulf of Mexico) oil spill.

BP says the claims could cost it billions of dollars.

BP’s emergency request for the hearing is in the civil trial currently under way in New Orleans which, according to The Economist, “will apportion blame for the accident, determine how much oil gushed out, and apply financial penalties.”

Meanwhile, the company may be working on cleaning up its environmental record on Wikipedia — in a way that leaves the Wikipedia reader none the wiser.

BP is not directly editing its page, but instead has apparently inserted a BP representative into the editing community who provides Wikipedia editors with text.

The text is then copied “as is” onto the page by Wikipedia editors, while readers are none the wiser that the sections pretending to be unbiased information are, in fact, vetted by higher-ups at BP before hitting the page.

Sections edited by “User:Arturo at BP” include the sections “Alternative Energy,” “Allegations of greenwashing,” and “Environmental record,” among others.

“Arturo BP,” who identifies himself as a member of BP’s press office, is providing the content for Wikipedia’s BP page, especially about the company’s environmental performance. He skirts direct page editing prohibitions by posting a notice on the BP “talk page,” and then Wikipedia editors copy and paste the content as provided onto BP’s page.

I have established this account to help improve BP-related articles in line with Wikipedia standards and guidelines.

On his Talk page, where the material from BP to be published on Wikipedia is posted, he adds:

The information I present from news sources is verified by the various subject matter experts within the company. I am not an expert myself on all of the topics and I want to make sure that any proposed language from news sources used is actually accurate. Arturo at BP (talk)

BP’s image cleanup cleverly skirts Wikipedia’s editorial rules, wherein Wikipedia editors are using text that BP posts on Wikipedia itself as the source (although the text is not published on BP’s Web site).

This way, the significant involvement of BP in its own entry is completely hidden from Wikipedia readers — while Wikipedia editors, as usual, argue and attack each other over editorial policy while BP’s favorable PR editing continues.

The image cleanup also cleverly takes advantage of an editing community that is easily exploited by editorial disagreement.

In a statement to CNET, BP denied that it was breaking Wikipedia’s rules.

BP operates within Wikipedia’s guidelines for how company representatives should interact with the site’s editors. For nearly a year now, we have been fully transparent, never directly editing any copy and always disclosing that any suggestions we offer to Wikipedia’s editors have come from a BP representative. We have also acted objectively, often proposing language that contains negative information about the company. Our participation in the editorial process undoubtedly has resulted in greater accuracy, which after all should be the primary concern of everyone who relies on this resource for information.

Arguments about BP’s involvement in Wikipedia’s editing community have begun to rage and become personal. And it’s unclear who the editors are that are blindly copying and pasting BP’s version of its environmental record onto the page, and hitting “Publish.”

Wikipedia’s editing community is afire with BP-ignited arguments about policy, paid editing, and whether or not this is the new direction of Wikipedia — if it will be paid editing or working with companies and article subjects in its eternal quest for article accuracy.

There appears to be a faction of Wikipedia editors who are very welcoming to PR companies and the PR departments of businesses.

If they get their way, what’s on the BP page about Deepwater Horizon is foreshadowing the future of Wikipedia, and the accuracy of its content.

And what better way to illustrate this than with a petroleum megacorporation writing its own Wikipedia entry? 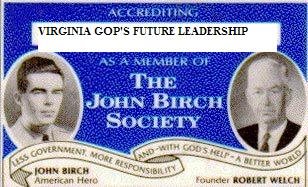