The Christian Fascists are Growing Stronger 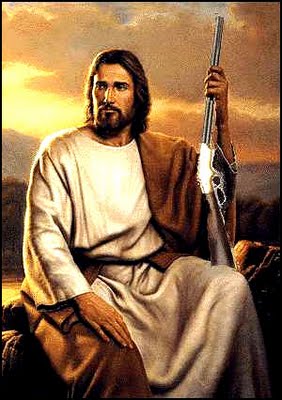 Tens of millions of Americans, lumped into a diffuse and fractious movement known as the Christian right, have begun to dismantle the intellectual and scientific rigor of the Enlightenment. They are creating a theocratic state based on “biblical law,” and shutting out all those they define as the enemy. This movement, veering closer and closer to traditional fascism, seeks to force a recalcitrant world to submit before an imperial America. It champions the eradication of social deviants, beginning with homosexuals, and moving on to immigrants, secular humanists, feminists, Jews, Muslims and those they dismiss as “nominal Christians”—meaning Christians who do not embrace their perverted and heretical interpretation of the Bible. Those who defy the mass movement are condemned as posing a threat to the health and hygiene of the country and the family. All will be purged.

The followers of deviant faiths, from Judaism to Islam, must be converted or repressed. The deviant media, the deviant public schools, the deviant entertainment industry, the deviant secular humanist government and judiciary and the deviant churches will be reformed or closed. There will be a relentless promotion of Christian “values,” already under way on Christian radio and television and in Christian schools, as information and facts are replaced with overt forms of indoctrination. The march toward this terrifying dystopia has begun. It is taking place on the streets of Arizona, on cable news channels, at tea party rallies, in the Texas public schools, among militia members and within a Republican Party that is being hijacked by this lunatic fringe.

Elizabeth Dilling, who wrote “The Red Network” and was a Nazi sympathizer, is touted as required reading by trash-talk television hosts like Glenn Beck. Thomas Jefferson, who favored separation of church and state, is ignored in Christian schools and soon will be ignored in Texas public school textbooks. The Christian right hails the “significant contributions” of the Confederacy. Sen. Joseph McCarthy, who led the anti-communist witch hunts of the 1950s, has been rehabilitated, and the Israeli-Palestinian conflict is defined as part of the worldwide battle against Islamic terror. Legislation like the new Jim Crow laws of Arizona is being considered by 17 other states.

The rise of this Christian fascism, a rise we ignore at our peril, is being fueled by an ineffectual and bankrupt liberal class that has proved to be unable to roll back surging unemployment, protect us from speculators on Wall Street, or save our dispossessed working class from foreclosures, bankruptcies and misery. The liberal class has proved useless in combating the largest environmental disaster in our history, ending costly and futile imperial wars or stopping the corporate plundering of the nation. And the gutlessness of the liberal class has left it, and the values it represents, reviled and hated.

The Democrats have refused to repeal the gross violations of international and domestic law codified by the Bush administration. This means that Christian fascists who achieve power will have the “legal” tools to spy on, arrest, deny habeas corpus to, and torture or assassinate American citizens—as does the Obama administration.

Those who remain in a reality-based world often dismiss these malcontents as buffoons and simpletons. They do not take seriously those, like Beck, who pander to the primitive yearnings for vengeance, new glory and moral renewal. Critics of the movement continue to employ the tools of reason, research and fact to challenge the absurdities propagated by creationists who think they will float naked into the heavens when Jesus returns to Earth. The magical thinking, the flagrant distortion in interpreting the Bible, the contradictions that abound within the movement’s belief system and the laughable pseudoscience, however, are impervious to reason. We cannot convince those in the movement to wake up. It is we who are asleep.

Those who embrace this movement see life as an epic battle against forces of evil and Satanism. The world is black and white. They need to feel, even if they are not, that they are victims surrounded by dark and sinister groups bent on their destruction. They need to believe they know the will of God and can fulfill it, especially through violence. They need to sanctify their rage, a rage that lies at the core of the ideology. They seek total cultural and political domination. They are using the space within the open society to destroy it. These movements work within the confining rules of the secular state because they have no choice. The intolerance they promote is muted in the public assurances of their slickest operators. Given enough power, and they are working hard to get it, any such cooperation will vanish. The demand for total control and for a Christian nation and the refusal to permit any dissent are on display within their inner sanctums. These pastors have established within their churches tiny, despotic fiefdoms, and they seek to replicate these little tyrannies on a larger scale.

Many of the tens of millions within the Christian right live on the edge of poverty. The Bible, interpreted for them by pastors whose connection with God means they cannot be questioned, is their handbook for daily life. The rigidity and simplicity of their belief are potent weapons in the fight against their own demons and the struggle to keep their lives on track. The reality-based world, one where Satan, miracles, destiny, angels and magic did not exist, battered them like driftwood. It took their jobs and destroyed their future. It rotted their communities. It flooded their lives with alcohol, drugs, physical violence, deprivation and despair. And then they discovered that God has a plan for them. God will save them. God intervenes in their lives to promote and protect them. The emotional distance they have traveled from the real world to the world of Christian fantasy is immense. And the rational, secular forces, those that speak in the language of fact and evidence, are hated and ultimately feared, for they seek to pull believers back into “the culture of death” that nearly destroyed them.

There are wild contradictions within this belief system. Personal independence is celebrated alongside an abject subservience to leaders who claim to speak for God. The movement says it defends the sanctity of life and advocates the death penalty, militarism, war and righteous genocide. It speaks of love and promotes fear of damnation and hate. There is a terrifying cognitive dissonance in every word they utter.

The movement is, for many, an emotional life raft. It is all that holds them together. But the ideology, while it regiments and orders lives, is merciless. Those who deviate from the ideology, including “backsliders” who leave these church organizations, are branded as heretics and subjected to little inquisitions, which are the natural outgrowth of messianic movements. If the Christian right seizes the legislative, executive and judicial branches of government, these little inquisitions will become big inquisitions.

The cult of masculinity pervades the movement. Feminism and homosexuality, believers are told, have rendered the American male physically and spiritually impotent. Jesus, for the Christian right, is a muscular man of action, casting out demons, battling the Antichrist, attacking hypocrites and castigating the corrupt. This cult of masculinity, with its glorification of violence, is deeply appealing to those who feel disempowered and humiliated. It vents the rage that drove many people into the arms of the movement. It encourages them to lash back at those who, they are told, seek to destroy them. The paranoia about the outside world is stoked through bizarre conspiracy theories, many championed in books such as Pat Robertson’s “The New World Order,” a xenophobic rant that includes attacks on liberals and democratic institutions.

The obsession with violence pervades the popular novels by Tim LaHaye and Jerry B. Jenkins. In their apocalyptic novel, “Glorious Appearing,” based on LaHaye’s interpretation of biblical prophecies about the Second Coming, Christ returns and eviscerates the flesh of millions of nonbelievers with the sound of his voice. There are long descriptions of horror and blood, of how “the very words of the Lord had superheated their blood, causing it to burst through their veins and skin.” Eyes disintegrate. Tongues melt. Flesh dissolves. The Left Behind series, of which this novel is a part, contains the best-selling adult novels in the country.

Violence must be used to cleanse the world. These Christian fascists are called to a perpetual state of war. “Any teaching of peace prior to [Christ’s] return is heresy…” says televangelist James Robinson. ...