Get Your Kicks with Alpha 66 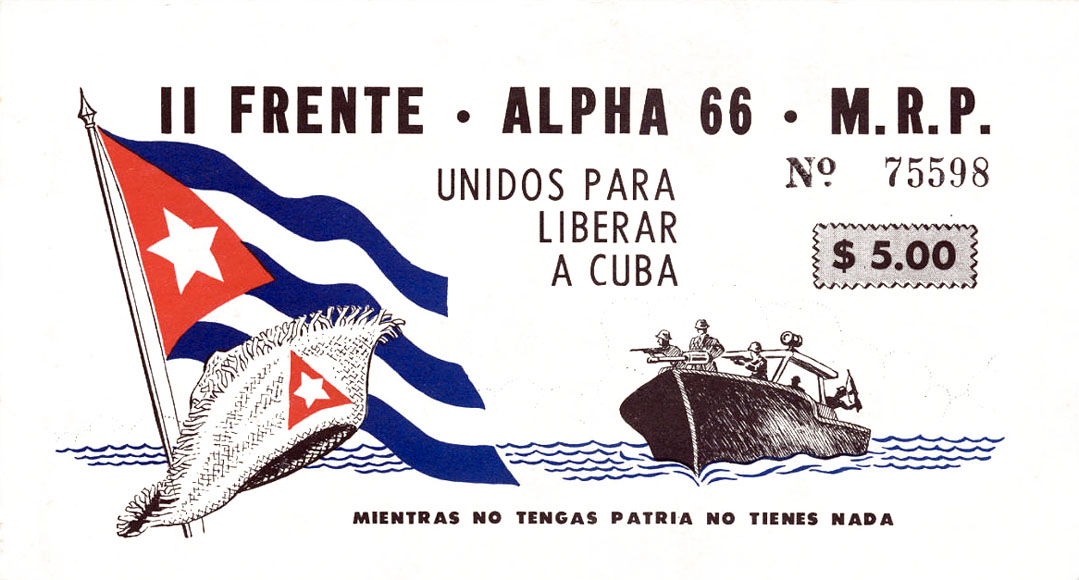 Cuba: Alpha 66 made payments to dissident

The Cuban government has accused a Miami exile paramilitary group of making payments to a dissident who was arrested for allegedly threatening Mexican diplomats and news organizations on the island. Cuba's Interior Ministry announced Wednesday the arrest of Elizardo San Pedro Mar’n, who allegedly worked for Alpha 66.

A rare statement from Cuba's Interior Ministry said San Pedro had confessed to sending messages that hinted at actions against Mexico's new envoy to Cuba, Ricardo Pascoe, viewed as sympathetic to President Fidel Castro's communist government. Pascoe announced in January that he would close his doors to Cuban dissidents.

San Pedro allegedly confessed to working for Alpha 66 under the code name "Adrian'' and taking $1,200 from the group for his role "terrorizing'' those favoring ties with the Cuban government, the Communist Party daily Granma said.

Nazario denied working with San Pedro, but admitted sending a telegram. The Interior Ministry said San Pedro sent it to the Mexican embassy. Nazario said he sent it to Pascoe and Mexican Foreign Minister Jorge Casta–eda because Mexico seemed to be softening its stance toward Castro. "But it was not a threat,'' Nazario insisted. "We weren't going to do them any harm. We even told them not to be scared. It was just to call their attention to the matter.''

"Adrian'' does exist, Nazario and other Alpha 66 members say, but he's not San Pedro. "Adrian'' is a group, they say.