TOR GHAR, Afghanistan — Months after the Obama administration declared combat operations over in Afghanistan, the CIA continues to run a shadow war in the eastern part of the country, overseeing an Afghan proxy called the Khost Protection Force, according to local officials, former commanders of that militia and Western advisers.

The highly secretive paramilitary unit has been implicated in civilian killings, torture, questionable detentions, arbitrary arrests and use of excessive force in controversial night raids, abuses that have mostly not been previously disclosed. …

In several attacks, witnesses described hearing English being spoken by armed men who had interpreters with them, suggesting American operatives were present during assaults where extreme force was used.

In an e-mailed statement, the agency’s spokesman, Dean Boyd, said that “we’ve taken significant steps to help the Afghan National Directorate of Security address allegations of human rights abuse.” The directorate, known as the NDS, ostensibly oversees the Khost force. Boyd declined to comment on any specific claims of abuse. …

The CIA, separate from the U.S. military, enjoys looser rules of engagement that have enabled it to expand targets to include the Taliban and its allies, the Haqqani network.

Here in this strategic eastern border province, which has long served as a key gateway for militants entering from Pakistan, the KPF fights in conjunction with the CIA out of Forward Operating Base Chapman. …

ISIS 2.0: Meet the New Extremist Group the CIA is Paying to Kill Innocent Civilians in Afghanistan 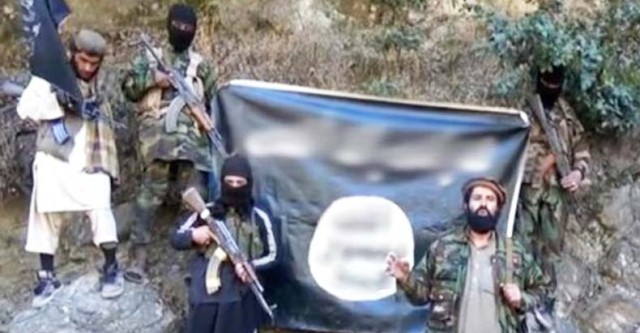 … The American military has nurtured one Afghan paramilitary group that is being accused of “civilian killings, torture, questionable detentions, arbitrary arrests and use of excessive force in controversial night raids.”

The Khost Protection Force (KPF) … were lured into the proxy service of the CIA with promises of better pay, equipment and conditions than the Afghan army. And just like the CIA, they enjoy virtual immunity.

“In Khost, the KPF is more influential than the Afghan army and police, and unaccountable to the provincial government, often acting outside normal chains of command. Locally, militias such as the KPF are called “campaign forces,” an informal name Afghans use for pro-government armed groups.”

The Washington Post interviewed “witnesses of six separate attacks by the militia in the past year, as well as court documents in the only known legal case filed against the unit, after one or more of its men shot dead a 14-year-old boy.” …

One man described how the KPF shot his father dead as he opened the gate to their home, then threw a grenade inside which killed his mother. The farmer and housewife were supposedly mistaken for others who were suspected of trafficking guns.

Several other accounts tell of “English being spoken by armed men who had translators with them, suggesting American operatives were present during assaults where extreme force was used.”

According to sources, the CIA still directs KPF operations, pays salaries, and provides training and equipment. CIA operatives will travel with the KPF during raids, ready to call in warplane or drone strikes.

While US and Afghan spokespersons praise the KPF as being essential to the fight against the Taliban, local residents are growing more outraged by the killings of their friends and family by US proxy fighters. Hundreds protested last month in the streets of Khost City, marching toward Camp Chapman with the bodies of two civilians killed by the KPF.

The US Assassination Program in Colombia
Jan 29