The Boston Marathon Bombing, Drones and the Meaning of Cowardice 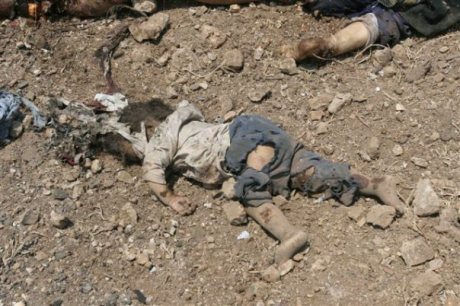 “… What could be more cowardly than for some unknown, unseen, unannounced killer to blow apart and maim innocent men women and children, without any risk to himself? …”

As I write this, we still don’t know who was responsible for the horrific bombing attack in Boston. Perhaps it will turn out to be the work of home grown rightwing nuts; perhaps it’s the act of foreign terrorists. But, whatever the source, what strikes me is the number of times the barbaric assault is being denounced as “cowardly”

As in Boston Police Commissioner Ed Davis’s warning that “This cowardly act will not be taken in stride.”

Indeed, “Cowardly” is the epithet being used by political figures across the United States; it was used by an editorial writer in Kansas City Star and a spokesman for the United Maryland Muslim Council in Baltimore.

After all, what could be more cowardly than for some unknown, unseen, unannounced  killer to blow apart and maim innocent men women and children, without any risk to himself. But, if that be the definition of cowardice, what could be more cowardly, than the now cliché image of the button-down CIA officer agent driving to work in Las Vegas to assume his shift at the controls of a drone circling high over some dusty village on the other side of the world?

How different are the images produced by such attacks—shattered bodies, dismembered limbs, severed arteries, frantic aid givers and terrified survivors—how different from the moving images of the tragedy in Boston now being broadcast and rebroadcast on TV stations around the globe?

With those scenes in mind, I would ask you to read a portion of a blog on Drone Wars I posted a few weeks ago, citing the fact that over the past few years, U.S. drones have made mincemeat out of an estimated 3000 to 4000 people in Pakistan, Afghanistan, Yemen, and Somalia.  At least 200 of them were children.

“The figures are very rough because no one–certainly not the U.S. government–is releasing an accurate count.  The London based Center for Investigative Reporting, which attempts to track the drone strikes, has been able to identify by name only a few hundred of the actual victims. Who knows what their political affiliations really were? Or even less, what considerations—legal and otherwise—went into justifying their demise?

“It’s a terrifying situation.” Jennifer Gibson told me. She’s an American lawyer in London with Reprieve, an organization taking on the “drone war” issue. “There are villages in Pakistan,” she says “that have drones flying over them 24 hours a day. Sometimes they’ll stay for weeks. But my clients and people there have no way of knowing if they are being targeted. Or what kind of behavior is likely to get them killed.

“They don’t know if the person riding beside them in a car or walking with them in the marketplace may be a target. It’s terrorizing entire communities. Even after an attack, there is no acknowledging by the U.S. government, no response at all, absolutely no accountability. And the vast majority of casualties don’t even have names attached to them.”

“Christof Heyns, the UN special rapporteur on extrajudicial killings, summary or arbitrary executions, told a conference in Geneva that President Obama’s attacks in Pakistan, Yemen and elsewhere, carried out by the CIA, would encourage other states to flout long-established human rights standards. He suggested that some strikes may even constitute “war crimes”.

“But, few Americans seem to care about U.N. rapporteurs. It’s only when Americans are potential targets for those drones, that Congress and the media get stirred up.

“And they’re probably right. A recent poll taken by Farleigh Dickinson University’s Public Mind found that by a two to one margin (48% to 24%) American voters say they think it’s illegal for the U.S. government to target its own citizens abroad with drone strikes.

“But, when it comes to using drones to carry out attacks abroad “on people and other targets deemed a threat to the U.S.” voters were in favor of a margin of six-to-one [75% to 13%].”

Since I first posted  this story, a reader, Jim Rissman has sent me the link to a brief news article about a drone strike in Pakistan on Sunday–the day before the Boston attack:

A US drone strike killed four militants on Sunday in the Datta Khel tehsil of North Waziristan Agency.

A security official said the US drone fired two missiles at a compound in Manzar Khel area of Datta Khel, some 40 kilometres towards west of Miramshah, the headquarters of the agency.

Tribesmen recalled seeing six drones hovering in the air since the afternoon, spreading panic and fear in the area. One of the drones fired two missiles at around sunset, killing at least four militants.

The compound caught fire after the strike leaving all the bodies burnt.

The last drone strike occurred in the agency on March 22, when US drones targeting a vehicle in Datta Khel killed four militants.

BARRY LANDO is a former producer for 60 Minutes who now lives in Paris. He can be reached at: barrylando@gmail.com or through his website.

Previous Article
Role of German & American Companies in Holocaust Discussed at Oregon State University
Next Article
U.S. Universities and the Rise of Nazism in Germany