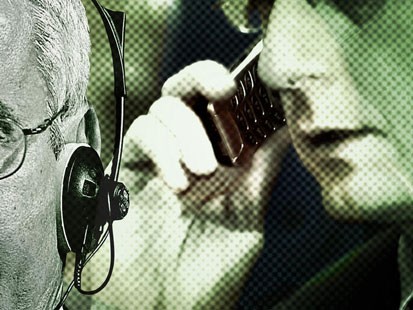 Updated Long-established privacy and cryptology website Cryptome.org was pulled offline on Wednesday after Microsoft launched a legal offensive over its publication of Redmond's guide to internet wiretapping.

Microsoft's Global Criminal Compliance Handbook, a 22 page booklet designed solely for police and intelligence services, provides an overview of Microsoft's online services, what information it collects on users and how long it keeps it. The guide also explains how to serve warrants and how to make sense of the records it stores to understand, for example, when and to who a Hotmail user sent an email.

Redmond's lawyers used the Digital Millennium Copyright Act (DMCA) in an attempt to force Cryptome to pull the guide, a request it refused, before going to hosting provider Network Solutions. The firm not only complied with this order but went one step further by placing a lock on the Cryptome.org domain to keep the site down.

Cryptome.org remain unavailbel but the site, minus the controversial Microsoft documents, can still be found at cryptomeorg.siteprotect.net.

The secret government surveillance document didn't stay offline for long and was soon republished on Wikileaks which, unlike Cryptome, has a distributed system not tied to a US registered domain.

Cryptome, which began way back in 1996 and serves as an outlet for whistleblowers, previously got into hot water for publishing Microsoft's point-and-click "computer forensics for cops" COFFEE tool back in November.

More background on the circumstances of the Cryptome DMCA takedown can be found on the Geekosystems blog here.

The blog reports that last year Cryptome published a surveillance guide from Yahoo, similar to Microsoft's but including a price-list for lawful interception compliance absent from Redmond's run-down.