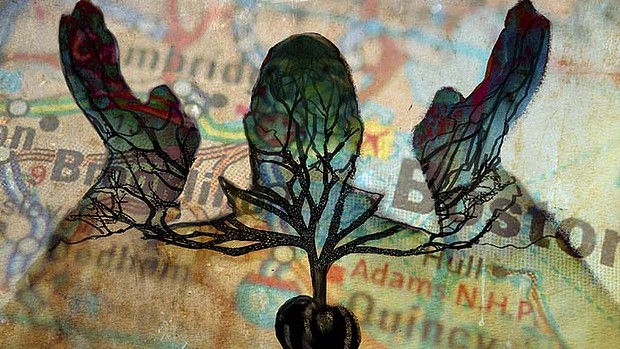 Related (?): “Boston Bombings: FBI Agent at Center of Case is Under Investigation for Ties to Mafia Boss Accused of Heroin Dealing & Multiple Murders”

Caveat: Most reporters, accustomed to taking dictation at official press conferences and slapping on a headline, have totally missed the fact that the FBI agent who led the Boston bombing investigation has longstanding ties to a rabid Mafia capo. As a result, all newspaper reports on the 2011 Waltham triple-homicides (subject of the attached story) claim, after local law enforcement and FBI statements, that accused Boston bomber Tamerlan Tsarnaev is the lead suspect in the murders. But there are grounds for skepticism here: “As a local resident of the area,” writes a Bostonian who has followed the case from the start, “and friend to faculty on the police forces, city and state, not only does the Chief Of Watertown Police story on CNN not match what I was told, but also, I remember vaguely that the unsolved murder[s] in Waltham appeared to be some type of International Mafia Hit.” The murder victims in Waltham were reportedly in the drug trade. Mafioso Mark Rossetti, who was handled by the FBI at the time, was also in the drug business and is suspected of multiple drug-related murders in the area while the Boston FBI looked the other way. In light of these facts, it is entirely possible that the Waltham murders were Mafia-related, that Tsarnaev is a convenient decoy to draw attention away from corruption within the Bureau. — AC

Deaths may shed light on a killer

The last time anyone heard from Erik Weissman was at 8.54 pm on September 11,  2011, when he placed a call to Gerry’s Italian Kitchen, in suburban Boston, and  ordered three dinners. A home delivery arrived promptly at 9.14 pm but no one  responded at the door. The restaurant called Weissman’s mobile phone but there  was no answer.

It was a Sunday night and Weissman, 31, had been watching a football game  between the New York Jets and the Dallas Cowboys at the apartment of a friend,  Brendan Mess, 25, and another friend, Raphael Teken, 37, in a quiet suburban  street in Waltham. What happened to these men was macabre. It could prove to  have worldwide relevance.

Their bodies were discovered the next afternoon, each in separate rooms, all  killed the same way, by having their throats slit from ear to ear. There was  also a ritual element: each corpse was strewn with marijuana and cash. Police  found $5000 in the apartment, so robbery was not seen as a motive.

A Waltham police investigator recently told America’s ABC network: ”It is  the worst bloodbath I have ever seen in a long law enforcement career. There was  no forced entry. It was clear that the victims had let the killer in. And their  throats were slashed right out of an al-Qaeda training video. The drugs and  money on the bodies was very strange.”

The Middlesex County District Attorney’s Office, along with the Federal  Bureau of Investigation, has announced it is reactivating the Waltham murders.   They will be seeking evidence that the killings were the work of a psychopath  who was also a Muslim fundamentalist. Their target is specific: Tamerlan  Tsarnaev, the Boston Marathon bomber shot dead on April 19.

The murders remain unsolved. No suspect was identified. Suddenly, the  trail  of evidence, circumstance and reasonable supposition to Tsarnaev is wide and  deep.

Investigators now believe Tsarnaev was one of the last people to see  Mess  alive. The men knew each other well. Tsarnaev had been a frequent visitor to  Mess’s apartment. They had attended the same high school. Both were boxers and  had sparred together many times. Their friendship at the local gym was well  known.

But friction had come between them over Tsarnaev’s disapproval of Mess’s  lifestyle. Certainly Mess, Weissman and Teken had a dark side. Weissman was a  bodybuilder who in 2008 had been charged with intent to distribute marijuana.  Teken was also probably a drug dealer. Neighbours described him as spending most  of his time at home where he received a string of visitors. Mess, a martial arts  instructor, was charged with assault in 2010. The large amount of drugs and cash  in his apartment indicate links to a drug culture.

The murder scene showed no signs of forced entry and the coroner concluded  the killer or killers had known at least one of the victims.   The date of the  murders was highly symbolic. It was the 10th anniversary of the September 11  attacks in New York and Washington. Tsarnaev had come to espouse the apologist  view that the bombings were a CIA set-up to ferment war against Muslims. In  2008, he had became a devout Muslim and began attending the Islamic Society of  Boston mosque, known for its Islamic victimology and sense of grievance against  the West.

Anti-semitism lies at the visceral core of Muslim fundamentalism and the  victims were Jewish. At the time of the killings, Tsarnaev was a radical  Islamist with a rigid interpretation of Islam and was affronted by Israel.

Tsarnaev did not attend the memorial service for his friend Mess. Soon after  the murders he left the country, travelling to Russia. He spent six months among  the restive Muslim populations of Dagestan and Chechnya, and linked with two  Muslim extremists, William Plotnikov and Makhmud Mansur Nidal, both of whom were  killed by Russian security while he was in the country.

The Russian Federal Security Service informed the FBI Tsarnaev had become a  radicalised Muslim. The FBI tracked his access to radical Islamic sites. The CIA  placed him on its watch list of possible terrorists.

When Tsarnaev returned from Russia last year he wore a long beard, had become  a religious zealot, and followed jihadi sites on the internet.

He also had long exhibited a violent temper. In 2007, he assaulted a student  who had been dating his younger sister. In 2008, he demanded that his then  girlfriend convert to Islam and cover herself with a hijab. In 2009, he was  charged with aggravated domestic assault for assaulting a second girlfriend.

He married another woman;  neighbours told reporters that shouting was often  heard inside their home.

His conduct had become highly zealous. This year he disrupted a sermon at a  mosque when the speaker compared the prophet Muhammad to Martin Luther King jnr.  He was asked not to return to the mosque.

On April 15, he planted a bomb at the Boston Marathon with the intent to kill  and maim as many people as possible, including children. He had made no plans to  escape, which suggests a sense of impunity. He had not been expecting to be  identified and might have already committed serious crimes with impunity.

On April 18, having been identified, he shot and killed a university police officer and hijacked a car. The next day he attacked pursuing police, firing wildly, and was gunned down. He had become a mean, intolerant, violent man.

The trail back to the bloody apartment at Waltham suggests he might have already been committing murders under the cloak and banner of jihad. He had  found a cause that he could use to rationalise his malevolence.

Previous Article
Shiro Ishii, the Other Doctor Mengele
Next Article
America First: How the Swastika Spread from Suburban New Jersey 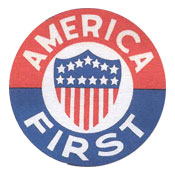 America First: How the Swastika Spread from Suburban New Jersey
May 06