Dr. Roy Spencer is a principal research scientist for the University of Alabama in Huntsville, as well as the U.S. Science Team Leader for the Advanced Microwave Scanning Radiometer (AMSR-E) on NASA’s Aqua satellite.  He is known for his work with the satellite-based temperature monitoring for which he and Dr. John Christy received NASA’s Exceptional Scientific Achievement Medal [Wikipedia].

Dr. Spencer suggests that global warming is mostly due to natural internal variability, and that the climate system is quite insensitive to humanity’s greenhouse gas emissions.

Other professional affiliations: Dr. Spencer is on the board of directors of the George C. Marshall Institute, a right-wing conservative think tank on scientific issues and public policy.  He listed as an expert for the Heartland Institute, a libertarian American public policy think tank.  Dr. Spencer is also listed as an expert by the International Climate and Environmental Change Assessment Project (ICECAP), a global warming "skeptic" organization ... [DeSmogBlog].

"It is a little known fact that the extra carbon dioxide (and methane, an especially potent greenhouse gas) emitted by joggers accounts for close to 10% of the current Global Warming problem."

"There are benefits to more CO2 in the air, and probably to a little bit of warming"

"I think ... we may see very little warming in the future"

"For some reason it stopped warming in the last 10 years, which is one of those dirty little secrets of global warming science"

"What they have ignored is the potential for the climate system to cause its own climate change. Climate change is simply what the system does, owing to its complex, dynamic, chaotic internal behavior." 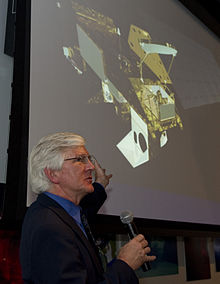 Prince Charles is a “global warming Nazi” and, apparently, so is U.S. President Barack Obama.

That’s according to Dr. Roy Spencer, one of the world’s most often cited deniers of the risks of human-caused climate change.

In a blog post titled "Time to push back against the global warming Nazis," Dr Spencer of the University of Alabama, Huntsville, wrote that he had made a decision about anyone who used the term “denier” to describe … well … deniers of the threats of human-caused climate change.

When politicians and scientists started calling people like me “deniers”, they crossed the line. They are still doing it.

They indirectly equate (1) the skeptics’ view that global warming is not necessarily all manmade nor a serious problem, with (2) the denial that the Nazi’s extermination of millions of Jews ever happened.

Too many of us for too long have ignored the repulsive, extremist nature of the comparison. It’s time to push back.

Are you a "Global Warming Nazi"? Probably (according to this man)

... It's fairly evident, then, that Spencer's ire does not originate from a commonality of interest, or a unified position shared among climate skeptics, but rather a personal and vengeful place. If the rancorous tone that colors his blog post doesn't convince you of this, the identical opening and closing sentences that bookend his rant surely will: "Yeah," he bristles, "somebody pushed my button."

Who is this somebody, exactly? They are the "leaders" of the "global warming Nazis," whose "pseudo-scientific ramblings ... have falsely warned of mass starvation, ecological collapse, agricultural collapse, overpopulation… all so that the masses would support their radical policies."... He's a favorite in conservative media circles for precisely this reason. But then what does he really think of think of his colleagues, the overwhelming majority of whom staunchly and vocally agree that evidence points unambiguously to the reality of anthropogenic global warming? Are the empirically informed opinions of his research partners and academic collaborators "pseudo-scientific ramblings?"

I could go on. I could tell you about how Spencer maintains that the Biblical story of creation is real, and that creationism has a "much better scientific basis" than evolution, or about how he, whose work depends directly on federal funding, "view[s] [his] job a little like a legislator... to minimize the role of government," but I will refrain. Spencer's acrimonious ranting speaks for itself.

The CIA, an American Pinay Circle & the Muslim Brotherhood