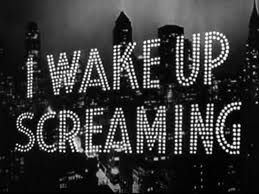 The most obvious horror arises from Rashke’s graphic descriptions of  atrocities committed by the Treblinka concentration camp guard known as “Ivan  the Terrible,” as well as by Nazi doctors and Eastern European thugs — deeds so  appalling that they will shake even those steeped in Holocaust  grotesqueries. More broadly, there is the ideological horror of America’s policy of  tolerance toward Nazi war criminals — toward anyone, no matter how villainous  and corrupt, that some government agency thought might be useful during the Cold  War.

There is the lesser-known horror of American soldiers brutally expelling  Soviet prisoners of war and even civilians from displaced persons camps and  other relatively safe havens, to face imprisonment, torture and death in a  hostile Soviet Union. And there is the horror of the decades of silence and  cover-ups that obscured these American transgressions.

Finally, against the backdrop of these outrages, there is the horror that  befell a seemingly ordinary Ohio man, an elderly mechanic named John “Iwan” Demjanjuk who had immigrated to the United States after the war.

In Rashke’s account, Demjanjuk — first charged in 1977 with illegal entry  into the country — was hardly an innocent. A Ukrainian national who was drafted  into the Soviet Red Army, he was captured by the Germans during the war and,  rather than remain a prisoner himself, almost certainly served as a guard at the  Nazi death camp Sobibor, in Poland. Like many in similar circumstances, after  the war he sought a new start in the United States, and lied about his past.

But just how great, and how worthy of prosecution, were his crimes?  Demjanjuk, we come to understand, was at most a minor cog in the Nazi machine,  probably more coward than sadist. Compared with doctors implicated in torturing  and killing Jews in concentration camp medical experiments, or with officers who  presided over the deaths of countless slave laborers, Demjanjuk was a hapless  nobody who arguably did not deserve to undergo a 34-year-long legal ordeal  before receiving a five-year prison sentence.

Rashke is a masterly writer of narrative nonfiction, and a dogged  investigator. The ambitious structure of “Useful Enemies” sometimes tests the  reader’s endurance. But it ultimately increases the book’s intellectual and  emotional heft.

After World War II, why did the United States admit many high-level ex-Nazis for a variety of purposes (the space program, anti-Soviet espionage) but relentlessly pursue prison guard John Demjanjuk?

Rashke (Trust Me, 2001, etc.) follows the bizarre, jagged trajectory of the various trials of Demjanjuk, a retired autoworker from Cleveland whose tangled experiences in the war sent him from courtrooms and jails in Ohio to Tel Aviv to Munich, sites where he was variously accused of being the heinous Ivan the Terrible of Treblinka (a charge ultimately dropped) to serving as a guard at the Sobibor death camp, a charge of which he was ultimately convicted when he was 90 and dying. But Rashke, whose research is prodigious, has a much busier agenda than just the Demjanjuk case.

He also describes the numerous other cases of ex-Nazis brought to America, many quietly under the aegis of the FBI, the State Department or the CIA, war criminals (in many cases) who escaped prosecution because of their usefulness in the U.S. Some were high profile (rocket scientist Werner von Braun at NASA); others flew totally below the radar until Soviet and American archives opened decades later. Throughout, Rashke raises moral questions (is it conscionable to employ ex-Nazis?) and draws distinctions (what’s the difference between working for and working with an occupying force?).

His accounts of Demjanjuk’s various legal proceedings are swift but also enriched by much relevant quoted testimony. The author also explores the profound passions of all involved—from the families of those whose relatives suffered and died in the camps to the Demjanjuk family and their Ukrainian-American neighbors who never believed the accusations.