The Nazi Origins of the Space Shuttle 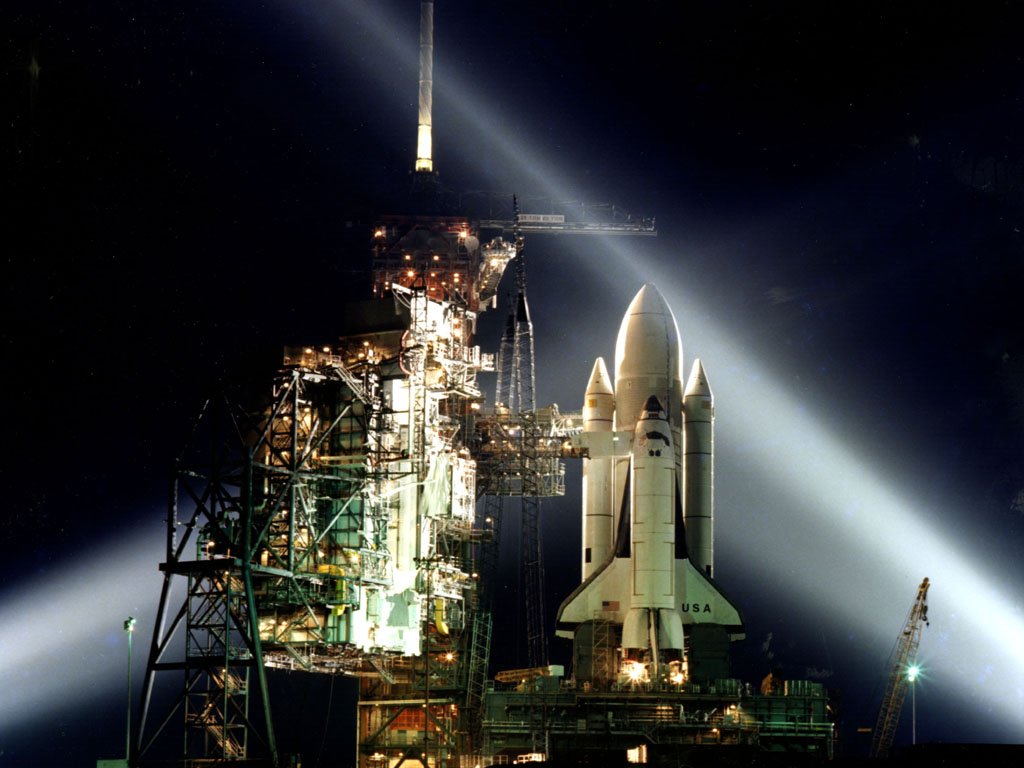 ...  America’s space shuttle technology has a history, and importantly, it is a military one. Despite consistent efforts to brand NASA and its space ventures as “civilian” and primarily “scientific,” U.S. space missions have always had deep connections to military goals and the vast resources of the military-industrial-academic-complex. The space shuttle is only one example of these important, enduring linkages.

The space shuttle is essentially a high-tech descendant of German rocket-powered glider technology that was specifically designed for warfare. The first piloted rocket-powered glider was developed in 1943 for the Luftwaffe to intercept Allied bombers. Though that ended in a failure that killed both the pilot and the program, the concept survived the war. It was transferred to the U.S. along with a large contingent of German aviation and rocket experts as part of Operation Paperclip.

In the U.S. after the Second World War, small groups of scientists working for various branches of the armed services began to think about how best to get soldiers to and from Earth orbit as part of the protracted Cold War contest. In 1954, a proposal for the X-15 – a joint United States Air Force (USAF) and NACA (NASA’s previous incarnation) space plane that rocketed to very-high altitudes and glided back to Earth – was submitted to NACA, and approved for development. The name on the proposal was Walter Dornberger, a former high-ranking Nazi who, during the war, ran Wernher von Braun’s horrific prisoner-staffed V-2 rocket factory. Like von Braun, Dornberger escaped punishment because of his scientific and managerial expertise, and was brought to the U.S. and given powerful positions in the USAF and later at the Bell Aircraft Corporation.

Starting in 1962, the X-15 quietly carried a few military men to the edge of space, but these accomplishments were obscured by NASA’s high-profile rocket-and-capsule-based Project Mercury. Seeing space as a potential theatre of operations, the USAF kept working on vertical-takeoff, horizontal-landing space planes. In 1969, just as NASA was sending humans to the moon, then-president Richard Nixon approved NASA’s Integrated Launch and Re-entry Vehicle, the project that became the Space Shuttle Program.

Finally, in 1981, the visually striking and iconic shuttle system – with its white-bodied, black-nosed glider fixed halfway up a large external fuel tank, and flanked by two expendable rocket boosters – was test-flown and declared “operational” by Ronald Reagan, who was president at the time.

The stated goals of the shuttle were to provide NASA with the means to launch humans and cargo into Earth orbit frequently and relatively inexpensively. The key to this, it was thought, would be its reusability. With the shuttle, space flight was going to become both routine and profitable. However, unlike the ostensibly “civilian” Mercury, Gemini, and Apollo programs, the shuttle was to have explicit military applications. For instance, between 1981 and 1992, 10 shuttle flights were classified as Department of Defence missions – most likely to deploy or repair spy satellites. The composition of shuttle crews reflects this military background. Out of the 135 NASA space shuttle missions, every single commander and pilot has been military or ex-military personnel. ...