Shameful Past of Medical Trials Prompts New US Investigations

” … A federally-funded study begun in 1942 injected male patients at a state insane asylum in Ypsilanti, Michigan, with an experimental flu vaccine, then exposed them to flu several months later. It was co-authored by Dr Jonas Salk, who, a decade later, would become famous as inventor of the polio vaccine. … “ 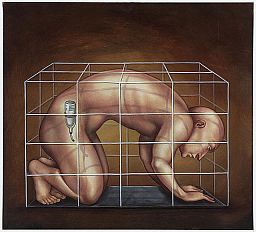 Shocking as it may seem, US government doctors once thought it acceptable to experiment on disabled people and prison inmates. Such experiments included giving hepatitis to mental patients in Connecticut, squirting a pandemic flu virus up the noses of prisoners in Maryland, and injecting cancer cells into chronically ill people at a New York hospital. At one point, pharmaceutical company officials said they were using prisoners for testing because they were cheaper than chimpanzees. Much of this horrific history is at least 40 years old, but it was the backdrop to a meeting in Washington last week of a presidential bioethics commission. The gathering was triggered by the government’s apology last autumn for federal doctors having infected prisoners and mental patients in Guatemala with syphilis 65 years ago. US officials also acknowledged there had been dozens of similar experiments in America, which often involved making healthy people sick. A review by Associated Press of reports in medical journals and press clippings has found more than 40 such studies. At best, these were part of searches for life-saving treatments; at worst, they amounted to curiosity-satisfying experiments that hurt people but provided no useful results. Inevitably, they will be compared with the well-known Tuskegee study. In that episode, US health officials tracked 600 black men in Alabama who had syphilis but didn’t give them adequate treatment, even after penicillin became available. 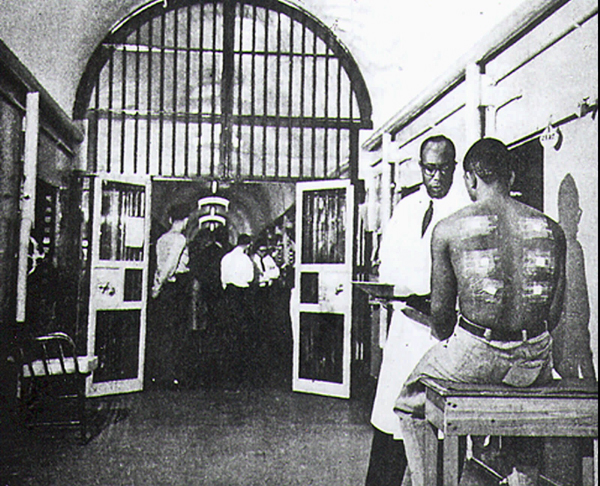 The AP review found: * A federally-funded study begun in 1942 injected male patients at a state insane asylum in Ypsilanti, Michigan, with an experimental flu vaccine, then exposed them to flu several months later. It was co-authored by Dr Jonas Salk, who, a decade later, would become famous as inventor of the polio vaccine. Some of the men weren’t able to describe their symptoms, raising serious questions about how well they understood what was being done to them. One newspaper account mentioned the test subjects were “senile and debilitated”. * The noted researcher Dr. W Paul Havens Jr., in federally-funded studies in the 1940s, exposed men to hepatitis; in one he used patients from mental institutions in Middletown and Norwich, Connecticut. Havens, a World Health Organization expert on viral diseases, was one of the first scientists to differentiate types of hepatitis and their causes. The study involving mental patients made eight healthy men ill but broke no new ground in understanding the disease. * Researchers in the mid-1940s studied the transmission of a deadly stomach bug by having young men from New York State Vocational Institution, a prison, swallow unfiltered stool suspension. The point was to see how well the disease spread in comparison with having test subjects breathe germs in. Swallowing was more effective, researchers concluded. * A University of Minnesota study in the late 1940s injected 11 public service employee volunteers with malaria, then starved them for five days. Some were also subjected to hard labour. They were treated with quinine sulphate. One of the study’s authors was Ancel Keys, a dietician who developed K-rations for the military. * For a study in 1957, when the Asian flu pandemic was spreading, federal researchers sprayed the virus in the noses of 23 inmates at Patuxent prison in Jessup, Maryland, to compare their reactions to those of 32 virus-exposed inmates who had been given a new vaccine. * Government researchers in the 1950s tried to infect about two dozen volunteering inmates at a federal penitentiary in Atlanta with gonorrhea. The bacteria was pumped into the urinary tract and the men quickly developed the disease, but it was noted that this method wasn’t comparable with the way men normally became infected, by having sex with an infected partner. The men were later treated with antibiotics. Though people in the studies were usually described as volunteers, historians and ethicists have questioned how well they understood what was to be done to them and why, or whether they were coerced. During the Second World War, prisoners were enlisted to help the war effort by taking part in studies that could help the troops. For example, a series of studies at Stateville Penitentiary in Illinois and two other prisons was designed to test antimalarial drugs that could help soldiers fighting in the Pacific. 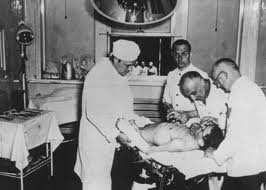 The prosecution of Nazi doctors in 1947 led to the “Nuremberg Code”, a set of international rules to protect human test subjects. However, many American doctors ignored them, arguing that they applied to Nazi atrocities, not to US medicine. The late 1940s and 1950s saw huge growth in America’s pharmaceutical and healthcare industries, accompanied by a boom in prisoner experiments funded by both the government and corporations. By the 1960s, at least half the states allowed inmates to be used as medical guinea pigs. But two studies in the 1960s turned around public attitudes. The first came to light in 1963. Researchers injected cancer cells into 19 old, debilitated patients at Brooklyn’s Jewish Chronic Disease Hospital in New York, to see if their bodies would reject them. The hospital director said the patients were not told they were being injected with cancer cells because there was no need – the cells were deemed harmless. But the experiment upset a lawyer named William Hyman who sat on the hospital’s board of directors. After the state investigated, the hospital declared that any future experiments would require the patient’s written consent. Then, at nearby Staten Island, from 1963 to 1966, mentally retarded children at Willowbrook State School were given hepatitis, orally and by injection, to see if they could then be cured with gamma globulin. Those two studies, along with the Tuskegee experiment, which came to light in 1972, sparked extensive critical media coverage and public disgust, said Susan Reverby, the Wellesley College historian who discovered records of the syphilis study in Guatemala. 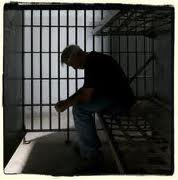 By the early 1970s, even experiments involving prisoners were considered scandalous. In widely covered congressional hearings in 1973, pharmaceutical industry officials acknowledged they were using prisoners for testing because they were cheaper than chimpanzees. The government responded with reforms. In the mid-1970s, the US Bureau of Prisons in effect excluded all research by drug companies and other outside agencies within federal prisons. As the supply of prisoners and mental patients dried up, researchers looked to other countries. Clinical trials could be done more cheaply and with fewer rules. And it was easy to find patients who were taking no medication, a factor that can complicate tests of other drugs. Additional ethical guidelines have been enacted, and few believe that the Guatemala study could happen today. Still, in the past 15 years two international studies have sparked outrage. One was likened to Tuskegee: US-funded doctors failed to give the Aids drug AZT to all HIV-positive pregnant women in a study in Uganda, even though it would have protected their newborns. US health officials said the study would answer questions about AZT’s use in the developing world. The other study, by Pfizer, gave the antibiotic Trovan to children with meningitis in Nigeria, although there were doubts about its effectiveness. Critics blamed the experiment for the deaths of 11 children and the disabling of scores of others. Pfizer settled a lawsuit with Nigerian officials for $75m but admitted no wrongdoing. Last year, the inspector-general of the US Department of Health and Human Services reported that in 2008 between 40 and 65 per cent of clinical studies of federally regulated medical products were conducted in other countries; that proportion has probably grown. The report also noted that US regulators inspected fewer than 1 per cent of foreign trial sites. Monitoring research is complicated, and rules that are too rigid could slow new drug development. It is often hard to get information on international trials, sometimes because of missing records and a paucity of audits, says Dr Kevin Schulman, a Duke University professor of medicine who has written on the ethics of international studies. These issues were still being debated when the Guatemala study came to light last October. Between 1946 and 1948, American scientists infected prisoners and patients in a mental hospital in Guatemala with syphilis, apparently to test whether penicillin could prevent some sexually transmitted disease. The study came up with no useful information and was hidden for decades. Beyond infecting patients with a terrible illness, it was clear they did not understand what was being done to them or were not able to give their consent. “When the President was briefed on the Guatemalan episode, one of his first questions was whether this sort of thing could happen today,” said Rick Weiss, a spokesman for the White House. The administration asked its bioethics panel to re-evaluate international medical studies. Barack Obama also asked the Institute of Medicine to further probe the Guatemala study, but the institute relinquished the assignment after reporting a conflict of interest: in the 1940s, five members of a sister organisation had links to the Guatemala study. So the bioethics commission has been given both tasks. To focus on federally funded international studies, the commission has formed an international panel of about a dozen experts in ethics, science and clinical research. To probe the Guatemala study, it has hired 15 staff investigators and is working with historians and other experts. The panel is to report to the President by September http://www.independent.co.uk/life-style/health-and-families/health-news/shameful-past-of-medical-trials-prompts-new-us-investigations-2233624.html