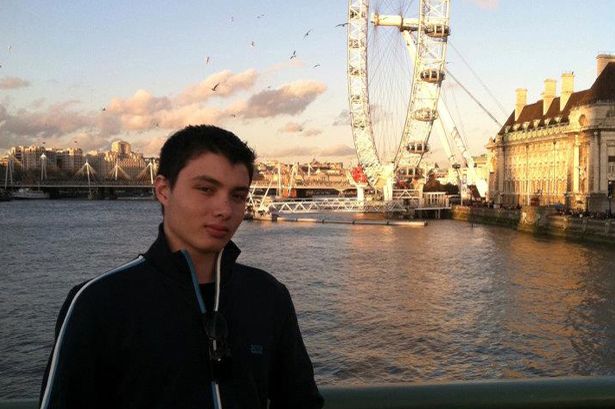 Those following the developments in Friday evening’s UCSB shootings are aware of the suspected perpetrator Elliot Rodger‘s frightening YouTube manifesto, describing his bitterness towards women and the men who are able to find a mate.

As it turns out, he had also written a 141-page manifesto that lays out his grievances in painstaking detail, describing stories from his childhood onward that seemed to have laid the foundation for his anger towards women, “alpha males,” and society in general.

Titled “My Twisted World,” the lengthy document describes his plans for a “Day of Retribution,” on which: “All of those beautiful girls I’ve desired so much in my life, but can never have because they despise and loathe me, I will destroy.” …

“Some boys randomly pushed me against the lockers as they walked past me in the hall. One boy who was tall and had blonde hair called me a “loser”, right in front of his girlfriends. Yes, he had girls with him. Pretty girls. And they didn’t seem to mind that he was such an evil bastard. In fact, I bet they liked him for it. This is how girls are, and I was starting to realize it.

And, perhaps most alarming of all, he wrote of his desire to become powerful enough to punish everyone around him for having sex:

I began to have fantasies of becoming very powerful and stopping everyone from having sex. I wanted to take their sex away from them, just like they took it away from me. I saw sex as an evil and barbaric act, all because I was unable to have it. This was the major turning point. My anger made me stronger inside. This was when I formed my ideas that sex should be outlawed. It is the only way to make the world a fair and just place. If I can’t have it, I will destroy it. That’s the conclusion I came to, right then and there.

Read the full document below. WARNING: Strong language throughout:

Grandfather of Santa Barbara Shooter was Renowned Holocaust Photographer
May 25