“Secrets, Lies and this Dirty War”: Letters to the Guardian re Wikileaks & the Afghan Debacle

Secrets, Lies and this Dirty War 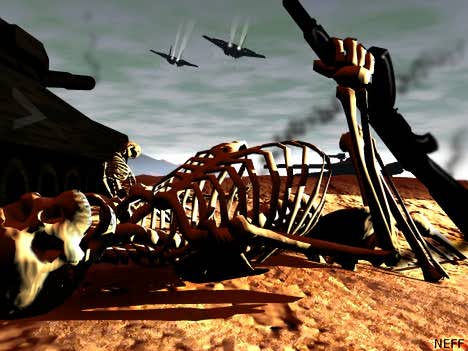 I applaud the publicity you give to the 90,000 records of the Afghan war exposed by Wikileaks (Massive leak of secret files exposes true Afghan war, 26 July). This is a crucial antidote to the lies, platitudes and mantras fed to us by our political masters. It is easy in this context to note the categories of war crimes being perpetrated in Afghanistan in our name – the deliberate killing of civilians, the destruction of civilian property, the use of indiscriminate weapons, the ecological devastation and so on.

It is important to note that the invasion of Afghanistan, like the invasion of Iraq, had no legal justification in terms of UN security council resolutions. Resolution 1368 (12 September 2001) condemns only “terrorist attacks” and does not entitle any government to invade a sovereign nation. Similarly, resolution 1373 (28 September), prior to the US attack on Afghanistan on 7 October 2001, refers only to “terrorist attacks”. Resolution 1377 (12 November) addresses the mounting chaos, caused by the US invasion, but it is not until 20 December 2001 that the security council adopts resolution 1386, authorising the creation of an International Security Assistance Force to assist in the “maintenance of security”. Hence the US onslaught on Afghanistan on 7 October 2001 was an illegal military aggression, and it was only months later that Washington managed to obtain UN authorisation for its military action. Those responsible for the war should be held accountable, and questions should be asked at The Hague about the legitimacy of UN resolutions, adopted under American pressure, that have nominally legitimised these military aggressions.

• The Wikileaks revelations confirm that far from being a good war the conflict in Afghanistan is causing untold misery and destruction. They come at a time when the operation’s credibility is crumbling. The conduct of politicians and Nato leaders is enraging people. By talking about withdrawal, they are effectively admitting failure. At the same time Nato troop numbers are still rising in Afghanistan. On current trends, keeping British troops in Afghanistan till 2015 will lead to the deaths of hundreds more British soldiers. No wonder then that Stop the War is for the first time being contacted by soldiers and their families asking what they can do to help end the war. When soldiers themselves have no stomach for a fight, it is the beginning of the end.

• Civilians are now fighting back against the militarist governments of the west. Wikileaks’ superb work epitomises this movement. The internet has made it much more difficult for governments bent on imposing their will by war to keep the truth from those who are paying for it (in every sense). The more citizens know of the truth of wars, the more they resist this non-solution to conflict situations. Liam Fox and David Cameron, please take note.

• David Leigh’s article buttresses the argument that there is no such thing as a good war (Report, 26 July). In Afghanistan and in wars elsewhere, civilian casualties pile up and inevitably become inconvenient statistics to the military establishment. Whoever is responsible for leaking the logs deserves gratitude for shining the light of truth on the tragedy that is the war in Afghanistan. Hopefully, the exposé will help pave the way for a peaceful resolution of the conflict.

• Discovering that war is indeed horrible, full of betrayal, undercover killing, financial shenanigans and political cover-up should come as no surprise to anyone who has read Thucydides’s account of the Peloponnesian war or indeed any unbiased military historian since. Justification of a conflict is not measured, in the “just war” tradition used by many Christian theologians, primarily by these phenomena but by an underlying analysis that engaging in a war is actually a lesser evil than not doing so. It is against this fundamental criterion that the campaign in Afghanistan is found wanting.