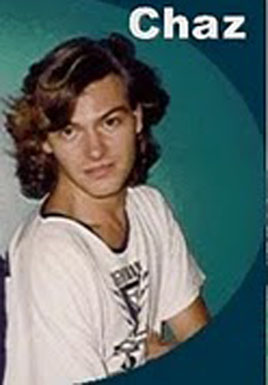 He writes in his blog:

"Are you ready for a shocker? I’m not, but here goes. As many of my friend and fans know, I am a former porn star. What I haven’t discussed, at great lengths, is the occupation I used to feed myself in between video gigs. Yes, this is all in my past, but it continually pops up to haunt me, as life goes on. My most recent revelation involves a story that is becoming more prevalent, in the news. When I was young, and down and out, and in desperate need of income, I did some things that I’m not particularly proud of. I was a whore. I used gay magazine ads and a beeper to generate my clientele, which consisted, mainly, of married men.  ...

Here’s the shocker. One of my clients was none other than Professor George Rekers. I had no idea, until this story broke, that this man was the anti gay activist that he is. Now that I am aware of the damage he has caused the LGBT community, I realize that it is my responsibility to set the record straight. George Rekers is neither gay, nor straight. He is bisexual, like myself. Unfortunately, Rekers is also at odds with his faith, and therefore cannot come to terms with his sexuality, privately or publicly.  ...  I just want to clear the air and point out his hypocrisy, and that of those who are currently attempting to cover for him. Furthermore, Rekers is no Pastor Ted Haggard. Those who know me are aware that Ted Haggard has become a friend of mine. I believe Ted Haggard is a faithful husband to his wife. He is a dedicated Christian, and he is no enemy of gays. Ted Haggard has apologized, extensively, to the LGBT community for any intolerance of us that he caused before he was outted by prostitute Mike Jones. Yes, it’s a small world, friends, but not small enough to equate me to Mike Jones or Ted Haggard to George Rekers. With that in mind, here’s what happened.

"In a city, in the USA, when I was in my 20’s, I committed the illegal act of prostitution with a man named George Rekers. To divulge more information regarding the time and place, at this time, would not benefit me, legally. I was sitting in my apartment, watching TV when my pager went off. It was a caller, responding to an ad I had placed in the escort/masseur section of a local gay magazine. The caller was George Rekers, and he told me his real name, a requirement I had for all of my clients who wanted “outcall” service, meaning that I would travel to their hotel for a “session”. If anything happened to me, the clients name and info would be sitting on my dresser for my roommate to find.  ...

'I don’t care what the world says. They can call me a liar. They can call me a faggot. They can even call me a whore. What you can’t call me is a hypocrite. This is one situation in which I definitely take the side of the rent boy. This young man was just doing his job. ... George Rekers is the worst kind of coward, and I hope that others like me, who know this well, will come forward and share the truth about him.