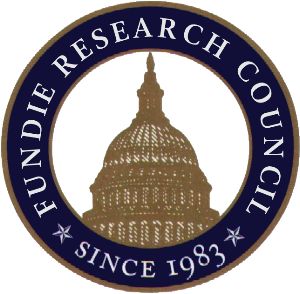 The Southern Poverty Law Center, which caused a little embarrassment to House Speaker Robbie Wills earlier today, is getting far broader attention for its labeling of the Family Research Council a hate group for its anti-gay speech. That puts the Family Research Council in a league with the KKK. (This is the national group, which, though wholly allied in spirit and shares James Dobson as a founder, is not legally connected to Arkansas's Family Council.)

The Southern Poverty Law Center (SPLC) recently released the Winter 2010 Intelligence Report, and in the report the SPLC designates the Family Research Council, based in Washington D.C., as an anti-gay hate group.

The Family Research Council should be apologizing to the gay community

Posted by alvinmcewen on @ 8:13 am The disagreement between the Southern Poverty Law Center and the new groups designated as anti-gay hate groups hit the Washington Post this week.

And while I am happy with the coverage, I am not happy with how these groups are trying to cover their tracks. They are trying to make it seem as if they are being attacked because they have made stands against gay marriage.

The key person pushing this argument is Tony Perkins of the Family Research Council.

Perkins has even had the temerity to demand an apology from the SPLC:

Family Research Council will continue to champion marriage and family as the foundation of our society and will not acquiesce to those seeking to silence the Judeo-Christian views held by millions of Americans. We call on the Southern Poverty Law Center to apologize for this slanderous attack and attempted character assassination.”

Westword (blog) - Jonathan Shikes - ‎Nov 26, 2010‎ ​Last week, Tony Perkins, the head of the Family Research Council in Colorado Springs, said that if the United States ends the "don't ask, don't tell" policy in the military, it could bring back the draft. ... http://blogs.westword.com/latestword/2010/11/the_family_research_councils_t.php