White Supremacist Gets 32 Years for Placing Bomb Near MLK Parade 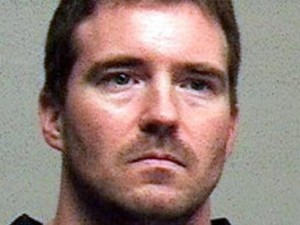 Dec. 20 (Bloomberg) -- Kevin William Harpham, a 37-year-old white supremacist, was sentenced to 32 years in prison for placing an explosive device near the site of a Martin Luther King Jr. Day parade in Spokane, Washington.

Harpham was charged in March with planting the bomb near a unity march held on Jan. 17, the U.S. Justice Department said today in an e-mailed statement. The device didn’t explode and no one was hurt.

In September, Harpham, who admitted to being a white supremacist, pleaded guilty to attempting to use a weapon of mass destruction and attempted injury with an explosive, according to the statement.

“Acts of hate like this one have no place in our country in the year 2011, but yet, unfortunately, we continue to see attempted violence in our communities due to racial animus,” said Thomas Perez, assistant attorney general for the Justice Department’s Civil Rights Division.