Satanic Ceremony Witnessed in Iowa & Other Devil Worshippers in the News 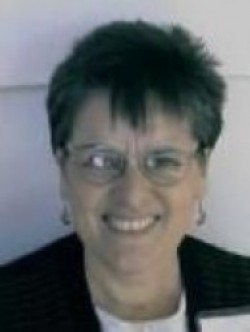 Janja Lalich [a close collaborator of MKULTRA mind control specialist Margaret Singer, a leading light of the False Memory Syndrome Foundation, a CIA front. Agency mind control specialists often lurk behind cults - eg. Jonestown - sponsor them, nurture them along, even co-opt them to explore mind control techniques and technology. Members of the FMSF debunk all allegations of criminal satanic cult activity to discredit legitimate research - eg. my own - which finds widespread CIA involvement in cult mind control. - AC], an associate professor of sociology at California State University in Chico, is an expert on cults. She doesn't believe such groups are behind the rare instances of Halloween cat mutilation.

"I think it's random acts of unkindness," she said.

Such misdeeds are likely committed by budding psychopaths or teenage pranksters, she added. Adolescents dabbling in satanism probably perform the killings more for shock value than out of religious belief.

In addition there aren't enough satanic believers to cause such concern, Lalich said.

While there are no official counts, she estimated that no more than SEVERAL HUNDRED worshippers belong to organized satanic 'churches' in the United States.

Voice of the CIA

Pics of naked people used to make it interesting. But in today's fascist, fundamentalist USA, naked pics are no longer allowed in the National Geographic.

The National Geographic appears to have become the mouthpiece of the CIA.

Just before 9 11, the National geographic was preparing maps and an article on Afghanistan.

If you want to know which countries the Pentagon is about to invade, look at the National Geographic.

The latest edition of the magazine, dated November 2004, has an article on the Geography of Terror. The article, written by Walter Laqueur who recently retired from the Kissinger Chair at the Centre for Strategic and International Studies in Washington, seems full of obvious disinformation.

The article refers to a number of countries:

Ireland - the article fails to mention US financing of terror groups, and the allegation that most of the worst incidents were the work of the UK security services.

Europe - the article fails to mention the CIA links to the terror which hit Italy in the 1980s. Remember the bombs in railway stations that 'were the work of fascist groups with CIA connections'.

Indonesia - the article fails to mention (1) the CIA terror used to topple President Sukarno and then President Suharto (2) the US training of the generals who have been associated with terror in East Timor, the Spice Islands and elsewhere (3) the links between the US trained Indonesian military and 'Moslem' terror groups such as Laskar Jihad (4) the alleged involvement of the Indonesian military in the Bali bomb.

Palestine - the article does not make it clear that (1) the Palestinians were driven from their land by Jewish terrorist groups (2) the Israelis initially aided Hamas in order to weaken Arafat (3) the USA supports Israel in its occupation of Palestinian land and defiance of UN resolutions and in its possession of weapons of mass destruction.

Iraq - the article fails to mention the body of evidence that Saddam was a CIA agent and was put into power by the USA.

Al Qaeda - the article promotes the myth of al Qaeda. It fails to mention (1) the bin Laden links to the Bush family (2) bin Laden's Jewish mother (3) bin Laden's death in December 2001 (4) the controlled explosions that brought down the Twin Towers on 9 11 (5) the training of the alleged hijackers at US military bases.

More Satanism in the news:

A cannabis smoker obsessed with Satanism stabbed a vicar to death in his country churchyard.

His wife fought desperately to fend off Evans as he hacked the grandfather repeatedly in the head and throat.

Georgina Bennett grabbed the first thing she could find - her grandson's toy sword - in a brave effort to protect her husband but was unable to stop the killer landing a final knife blow through the vicar's heart.

As Evans, 24, was ordered to be detained for an indefinite period in a secure hospital, yesterday, the vicar's family demanded to know why he had not been monitored by mental health agencies.

Cardiff Crown Court heard that Evans had smoked cannabis and inhaled lighter fuel since his early teens. He had eight convictions, including one for arson, although no psychiatric reports had been called for, as is usual for the offence.

He spied on Father Bennett for weeks before launching the attack.

Afterwards he turned to Mrs Bennett and told her: 'I have done what I had to do,' then calmly sat on a churchyard bench to wait for police.

Before officers reached the scene, the vicar's elderly parents had arrived on a family visit only to see their son's lifeless body in the grounds of the 18th century church.

He had been stabbed 22 times with a seven-inch combat knife.

The court heard how Evans planned the attack from his flat overlooking St Fagan's Church in the village of Trecynon, near Aberdare, South Wales.

He had met the popular vicar months earlier and became obsessed with him, tracking his movements from a window.

John Jenkins QC, prosecuting, said the priest was attacked as he put the rubbish out, and instantly tried to draw his attacker away from the family home.

He said: 'Father Bennett was confronted by Evans at the front of the vicarage. He ran to the gate of the churchyard to protect his family.

... Mitchell was found guilty in January 2005 of butchering 14-year-old Jodi on a woodland path near her home in Dalkeith, Midlothian.

The sickening details of his bloody attack beggared belief.

He was only 14 at the time of the murder in June 2003 on the Roan's Dyke path which ran between their homes.

The appalling injuries she suffered were similar to those inflicted on 1940s Hollywood starlet Elizabeth Short - known as the Black Dahlia murder.

During Mitchell's trial, paintings which goth rocker Marilyn Manson produced based on morgue photos of Short were shown to the jury.

Lord Nimmo Smith jailed Mitchell, now 19, for life and ordered him to serve a minimum of 20 years before being eligible to be considered for parole.

The judge told him: "I do not think your interest in Satanism can be ignored."

A Williamson man said he found a satanic ceremony under way when he visited his family’s cemetery on Halloween night.

Tim Thomas stopped by the Stoneking Cemetery, in rural Lucas County, because he said he was fed up with vandalism at the cemetery and routinely makes late-night checks on the grounds.

He called the sheriff's office. Deputies said the cemetery is a hangout for young people, especially on Halloween.

Some teens with whom KCCI spoke admit to being there and watching what happened, but they don't think anyone meant any harm.

"There were people in robes, and there was a fire. They were just trying to scare people," Cody Schneider said.

“They had a cross, lit it on fire, trying to scare us and they did a pretty good job," Bradley Frye said.

Thomas said he could see where the group shot a headstone with a gun and where they urinated on it.

He said there are a lot of rumors about the cemetery that don't make sense and aren't true.

"A rumor that my great-grandmother is a witch. None of family has anything to do with that," Thomas said.

Lucas County Deputy Joe Nichol, who responded Wednesday night, said it was not a cult but rather just a bunch of teens.

He said one truck drove at him and tried to run him off the road. There was a short chase, but Nichol was not able to catch them. There were no arrests in this case.

Thomas said earlier this year one man was convicted of vandalism for damaging a headstone and was sentenced to jail.

By Tim Harlow, Star Tribune Minneapolis police are investigating a spray-painted threat and a Satanic symbol on the outside wall of south Minneapolis church ...