http://www.mathaba.net/news/?x=556517
Posted: 2007/06/26
Monsanto tells a pack of lies to the Advertising Standards Authority and gets nailed
By Trevor Wells

Mark Wells, an organic farmer from Cintsa on the Wild Coast, South Africa, challenged the claim of a Monsanto advert that no negative reactions to Genetically Modified food have been reported. The false claim was made in the Monstanto advert which appeared in the widely read “You Magazine” on February 15th, 2007. Wells produced evidence to repudiate the claim.

Dealing with the substantiation section first the ASA ruled that the onus is on the advertiser to substantiate the claim.

Monsanto addressed the ASA at length and submitted inter alia that it had a strict code of conduct and that MON 863 was not their product.

The facts are that MON 863 is indeed a product of Monsanto and that Monsanto had suppressed the evidence of serious damage to the liver and kidneys of rats in their own GM maize trials until ordered to release this evidence by a German Court. Furthermore Monsanto had applied to the South African GM regulatory authority for a commodity release permit for MON 863.

Monsanto then argued that after the rats had contracted liver damage Monsanto contracted five ‘independent’ scientists to assess the data supplied by them and they concluded that MON 863 had no adverse effect as claimed by the complainant.

Monsanto then changed their tack in mid-stream and argued that rather than focus on the two conflicting studies the ASA should focus on the benefits of GM maize.

The substantiation section of the code provides that any advertiser must be able to substantiate any claim objectively with documentary evidence which emanates from an independent, credible and expert source acceptable to the ASA. The ASA then invoked this clause.

Monsanto’s lawyers then pulled a letter out of the hat from Covenance Laboratories in the USA which inter alia stated that they were not affiliated with Monsanto. 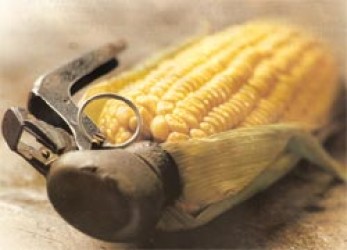 After applying their minds to the letter from Covenance in the USA, Justice King ruled that the benefits of “GM-Corn” had nothing to do with the case in front of them. After having given Monsanto every opportunity to substantiate their claim they had failed to do so. The letter from Covenance made no mention of the issue which was before the ASA for consideration.

Monsanto was ordered to immediately withdraw their claim and given the standard polite warning, which applies to all advertisers, that in future they must make sure that they can substantiate any claims before they publish them.

In January, this year, Monsanto was fined 15,000 euros (19,000 dollars) in a French court for misleading the public about the environmental impact of herbicide Roundup.

A former chairman of Monsanto Agriculture France was found guilty of false advertising for presenting Roundup as biodegradable and claiming that it left the soil clean after use. Monsanto’s French distributor Scotts France was also fined 15,000 euros.

More recently in June this month, a second peer-reviewed case involving another variation of Monsanto’s GM maize, namely, NK603, has been shown by studies to be potentially toxic to humans. NK 603 has been approved for food, feed, processing, and propagation in Europe and the Philippines The new research, carried out by the French scientific research institute CRIGEN, involves biotech firm Monsanto’s NK603 GMO corn (marketed commercially under the name Round-up Ready) which was approved as food and feed in the country in 2003, and for propagation in 2005.

Here is the unsubstantiated Monsanto’s advert which had to be withdrawn after the judgment:
Is your food safe?

The safety of genetically modified food products though biotechnology remains a subject of uncertainty to many people, but after more than twenty years’ of research and ten years’ commercial use, genetically modified grain products have been found to be just as healthy, nutritious and safe as normal products. All commercially approved grain products that have been genetically modified adhere to strict food, feed and environmental safety guidelines of regulatory authorities worldwide. This is one of the most extensively tested and controlled types of food, and no negative reactions have ever been reported. In fact, these innovative products also lead to food with improved nutritional value, which includes enhanced vitamin A, protein and antioxidant content, as well as better food safety through the removal of allergens and anti-nutrients. In short, you can use it with confidence!