NAZI CONNECTIONS TO 9/11 – THE SCHMITZ BROTHERS

Jeb married a Mexican woman. Columba Bush’s sister is married to John P. Schmitz, a beneficiary of the fellowship programs subsumed under the Carl Duisberg Gesellschaft and the brother of Joseph Schmitz, currently the head of the Blackwater security outfit. John P. Schmitz has close links to the elder George Bush, the 9/11 milieu… JW has filed suit seeking the Administration’s anthrax documents to ascertain why the White House starting taking heavy doses of Cipro on the day of the attacks—nearly a month before anthrax was even discovered on Capitol Hill, and while postal workers continued to sort mail in contaminated offices—some dying in the process.” 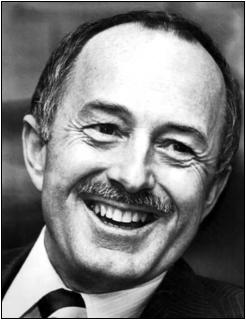 JOHN G. SCHMITZ – BIRCH SOCIETY NATIONAL DIRECTOR http://www.arlingtoncemetery.net/jgschmitz.htm … when the county’s longtime conservative Rep. James B. Utt died and local Republicans needed a successor, Schmitz–by then a national director of the ultraconservative John Birch Society — was a natural choice. Over time, he lost the support of the John Birch Society, which found him too conservative and dismissed him from its national council in 1982. Earlier, he had said he joined the society “to do something to get the middle-of-the-road vote in Orange County.” BIZARRE SEXUAL PERVERSIONS http://72.14.209.104/search?q=cache:NAraNorh3JcJ:p216.ezboard.com /frigorousintuitionfrm10.showMessage%3FtopicID%3D2151.topic +%22JOHN+P.+SCHMITZ%22+SCANDAL&hl=en&gl=us&ct=clnk&cd=4 One of the strangest episodes in Schmitz’s saga concerns a second family he raised by his German (!) mistress. A young boy conceived in that relationship appears to have been sexually mutilated. “But the man who saw conspiracies everywhere, who was an equal opportunity bigot, and who decried America’s moral decrepitude, had, himself, a skeleton in the closet. It came to light in a curious way. An Orange County child abuse case in 1982 concerned a thirteen-month-old infant who was discovered with hair so tightly wound around his penis that the organ had nearly been severed. The baby was placed in protective custody, and the court demanded that the father step forward. It turned out to be none other than John G. Schmitz, now again a state senator, paterfamilias of five children and, er, two others with his German mistress, once his student at Santa Ana. It marked the end of Schmitz’s political career (although he did attempt to run for Congress once more). The charges against the mother were eventually dropped and the infant restored to her care. But it was never explained what was going on with the hair-wound penis. One historian has suggested that it was a ‘mysterious sex—or probably anti-sex ritual . . . as if a chastity device.’ Schmitz, feisty as ever, remarked, ‘I ought to get the Right to Life man-of-the-year award for this.’”

http://delong.typepad.com/sdj/2006/03/the_entire_cato.html John Schmitz was the father of the Bush I aide most involved in Iran-Contra, John P. Schmitz, who refused to testify before the Walsh Commission … 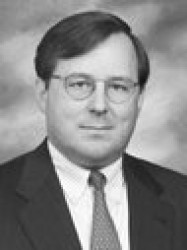 IS JOHN P. SCHMITZ A KEY PLAYER IN 9/11? http://www.voxfux.com/articles(closed)/00000010.htm … Some may remember Schmitz from the Iran/contra investigation, when the Office of the Independent Counsel (OIC) reported that each witness interviewed regarding document production complied except for Schmitz, who asserted that his documents were privileged work product. Schmitz, fluent in German and a Partner in global-law firm Mayer, Brown & Platt, has clients that include Bayer AG, German maker of the antibiotic Cipro, which fights Anthrax, about which Larry Klayman and Judicial Watch (JW) will have keen interest. Recently, JW filed suit seeking the administration’s anthrax documents to ascertain why the White House starting taking heavy doses of Cipro the day of the attacks — nearly a month before anthrax was even discovered on Capitol Hill, and while postal workers continued to sort mail in contaminated offices — some dying in the process. But John Schmitz’s Mayer-Brown profile also reveals that he represents Enron, adding that “we were active in Germany [with Enron] until the end….It [bankruptcy] surprised me as well as anyone else,” according to Reuters (1-4-2002). Moreover, Mayer-Brown also represents Deutschebank on a regular basis regarding its electronic commerce activities; and curiously, Schmitz’s law firm maintains an office in Tashkent, Uzbekistan along with Enron — if only to make sure oil is well in the Caspian Sea basin. Even many 9/11 victim families will even come to recognize Mayer-Brown; for conveniently, the firm also happens to represent United Airlines against 9/11 family lawyers Mary Schiavo and Donald Nolan. And given partner John P. Schmitz’s close former relationships with the Bush family, Mayer-Brown’s many water coolers may become intriguing conduits when Miss Schiavo and Mr. Nolan begin their respective legal discovery initiatives regarding who will be subpoenaed or deposed and what evidence is or is not revealed. Michael Feagley, a Mayer-Brown lead attorney in more than 35 jury and bench trials, and evidentiary hearings, is a recognized expert in witness testimony and evidence. And like 9/11 Victim Compensation Fund Special Master Kenneth Feinberg, Feagley is an also an authority on alternative dispute resolution techniques – the art of bringing parties together to compromise in legal disputes. His law firm biography lists the art of avoidance of and preparation for potential future litigation as an additional key area of expertise. Mayer-Brown’s website also lists a connection to President Bush’s family, in that one of its partners, John P. Schmitz, personally represents and lobbies for both Enron and Bayer AG, while also sitting on the Trustee Board of Bayer Foundation. Moreover, Schmitz, fluent in German, was White House Deputy Counsel when George H. W. Bush was both President and Vice President, making the story’s legs that much more interesting.

Mayer-Brown also has clients that include Bayer AG (German maker of the antibiotic Cipro which fights Anthrax, about which Larry Klayman and Judicial Watch (JW) will have keen interest. JW has filed suit seeking the Administration’s anthrax documents to ascertain why the White House starting taking heavy doses of Cipro on the day of the attacks — nearly a month before anthrax was even discovered on Capitol Hill, and while postal workers continued to sort mail in contaminated offices — some dying in the process. John Schmitz’s Mayer-Brown profile also reveals that he represented Enron, adding that “we were active in Germany [with Enron] until the end….It [bankruptcy] surprised me as well as anyone else,” according to Reuters (1-4-2002). Moreover, Mayer-Brown also represents Deutsche Bank on a regular basis regarding its electronic commerce activities; and curiously, Schmitz’s law firm maintains an office in Tashkent, Uzbekistan, along with Enron — if only to make sure oil is well in the Caspian Sea basin. And Deutsche Bank is knee-deep in pre-9/11 insider trading stock profits. Enough said. Ben Veniste, for his part, was very cordial to us, even as we asked him about his recusing himself from participating in writing airline safety recommendations relative to his firm’s representation of United Airlines: “I have already addressed the conflict of interest issue.” Real answers, however, about how serious Ben Veniste and other Commissioners are regarding their quest for 9/11 truth will come when it is learned which key administration players will testify and whether their subpoenas will be served “by consensus,” — to which Senator John McCain had referred during his Thursday morning testimony — or whether subpoenas will center along political party battle-lines. This, while also addressing issues of openness and public sunshine.

Mayer-Brown is a powerhouse multinational firm, with offices in numerous Western European countries and the United States. Interestingly, its website lists such clients as Enron Corporation, both of whom maintain offices in the Caspian Sea basin in Tashkent, Uzbekistan – near Afghanistan; German corporation Bayer AG – maker of cipro, the antibiotic used to treat anthrax; and German banking giant, Deutsche Bank, for electronic commerce activities. According to wide reports, two of the September 11 terrorist hijackers maintained bank accounts at Deutsche Bank, including leader Mohammed Atta. WILMER CUTLER & PICKERING http://www.spitfirelist.com/f530.html [John P.] Schmitz was a beneficiary of the Robert Bosch Foundation Fellowship, a subsidiary program (along with the Alfa Fellowship) of the Carl Duisberg Gesellschaft. When working with the Bundestag, Schmitz worked with Mathias Wissman, the former treasurer of the CDU! Later, Wissman went to work for Wilmer Cutler & Pickering, a law firm that also employed Schmitz and that represents key German government-linked corporations in their attempts to move into American markets.

John P. Schmitz is a Washington lobbyist who reported $1.6 million in lobby income in 2002 from five corporate clients led by the U.S. Chamber of Commerce, Lockheed Martin and RxHub—an electronic prescription service formed by leading drug-benefits companies. Schmitz co-chairs the U.S. Chamber’s Federalism Initiative, which promotes legal limits on the damages that businesses must pay when they harm workers, consumers or communities.

http://www.defenselink.mil/bios/schmitz_bio.html He is a Young Leader Alumnus of the American Council on Germany, and a member of the Sovereign Military Order of Malta.

http://www.waynemadsenreport.com/september26-30.htm Joseph Schmitz is active in the Washington Lawyers’ Chapter of the right-wing Federalist Society, the same group with which the new Chief Justice John G. Roberts was affiliated.

BUSH APPOINTS JOSEPH SCHMITZ AS IG AT THE PENTAGON UNDER RUMSFELD

http://www.defenselink.mil/bios/schmitz_bio.html From 1987 to 2002, Mr. Schmitz’ private-sector law practice focused on complex civil litigation, aviation regulatory matters, international trade, administrative law, and constitutional appellate litigation, most recently as a partner at PATTON BOGGS LLP. His prior public service includes: 27 years of naval service, first on active duty and then as a reserve officer, attaining the rank of Captain; Special Assistant to the Attorney General of the United States, Honorable Edwin Meese III

SCHMITZ COULD BE COUNTED ON TO KEEP HIS MOUTH SHUT

“Schmitz was appointed to his post by President Bush in 2001 after the Associated Press reported the office ‘was caught cheating’ and destroying internal documents. His office has broad jurisdiction to investigate all Pentagon contracts, both in Iraq and elsewhere. But judging by Schmitz’s qualifications, the White House had one thing in mind when it appointed him: political loyalty.

HIS PERFORMANCE AT DOD

When Joseph E. Schmitz took over as the Pentagon’s inspector general in 2002, the largest watchdog organization in the federal government was under fire for failing to fully investigate a senior official, falsifying internal documents and mistreating whistle-blowers…. Schmitz slowed or blocked investigations of senior Bush administration officials …

BLOCKED AN INVESTIGATION OF EDWARD “PETE” ALDRIDGE AT LOCKHEED

Another case in which Schmitz intervened came when the inspector general’s office began examining the jobs received by Pentagon officials who left for the private sector, according to another U.S. official, who also declined to be identified because of the sensitivity of the issue. One of those on the list was Edward “Pete” Aldridge, the former Pentagon procurement chief who took a job with defense contractor Lockheed Martin. Schmitz would not sign a subpoena allowing investigators to examine employment documents, the official said. Instead, the official said that Schmitz created a new policy that made it more difficult to get information by subpoena by requiring additional bureaucratic steps. During his tenure, Schmitz also made it harder to initiate an investigation of a political appointee, requiring high-ranking approval before investigators could proceed. A Lockheed Martin spokesman confirmed the company had received a request that the firm “voluntarily provide” information regarding Aldridge. It said it had “promptly and fully” responded to the request…. JOSEPH SCHMITZ RESIGNS … http://fairuse.1accesshost.com/news3/latimes137.html … The resignation comes after Sen. Charles E. Grassley (R-Iowa) sent Schmitz several letters this summer informing him that he was the focus of a congressional inquiry into whether he had blocked two criminal investigations last year…. … AND TAKES A JOB AT BLACKWATER USA http://www.nola.com/newsflash/washington/index.ssf?/base/politics-10/1149551367250790.xml&storylist=washington Joseph E. Schmitz, who resigned last September to become chief operating officer for the Prince Group, a division of Blackwater USA, which provides security services to troops in Iraq and around the globe.

ABOUT BLACKWATER & THE PRINCE GROUP