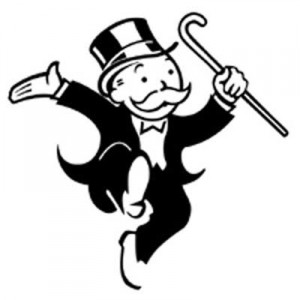 Peter Gleick is about the last person you'd expect to put himself in the position to be labeled a thief, a faker, and a crook.

The recipient of a MacArthur "genius" grant in 2003, as co-founder and president of the Oakland-based Pacific Institute he's been one of our most sober and thoughtful environmental advocates and an indispensable voice for rational water policy in California and nationwide. I've seen him withstand a most obnoxious and fatuous interrogation by a brain-dead congressman with absolute equanimity.

So it was rather a surprise to read his recent confession to having obtained, by subterfuge, a sheaf of internal documents belonging to the Chicago-based Heartland Institute, a nest of global warming deniers and corporate anti-regulators, and making them public. The documents include a memo outlining Heartland's plan to fight global warming policies, which the organization says is a forgery, and papers detailing its 2012 budget and fundraising plans, whose authenticity Heartland doesn't dispute.

It's a sign of the emotions wrapped up in the global warming debate that Gleick should be apologizing for his actions today while the Heartland Institute stakes out the moral high ground.

Gleick has thrown himself at the mercy of the court of public opinion — he explained his action partially by his frustration with "often anonymous, well-funded, and coordinated" attacks on climate science and scientists and has stepped down, at least temporarily, from the Pacific Institute.

But it's Heartland, which has tagged Gleick with the epithets above, that should be answering for its nearly three-decade history of corporate shilldom. In that time it has fought health and safety regulations on tobacco (with the financial assistance of Philip Morris), attacked evidence about acid rain as "flimflam" and the case against DDT as "scientific fraud." The theme of its 2009 environmental conference was "Global Warming: Was It Ever Really a Crisis?"

Over the years its backers have included Exxon Mobil and the foundations of the Koch family and Richard Mellon Scaife. Its current agenda encompasses lobbying against insurance regulation, with funding from such insurance industry pillars as State Farm; cable and Internet regulation (support from Comcast, Time Warner Cable, and other such companies); and healthcare reform (contributors have included Pfizer and Eli Lilly). It identifies its mission as promoting "free-market solutions to social and economic problems." You are free to interpret this theme as getting government off the backs of the people, so that big business can saddle up.

Global warming is one of those issues in which the natural complexity of the underlying science is exploited by well-funded, commercially self-interested obfuscators such as the oil and gas industry, the latters' goal being to discredit in the public mind what are in fact robust scientific conclusions. There can be few fields where more is at stake, given the likely impact on all of us of documented climate trends.

So let's take a look at what light is shed on the global warming debate by l'affaire Gleick.

To begin with, Gleick's disclosures have cornered Heartland into committing an act of spectacular hypocrisy. Ever since personal emails among climate scientists were abstracted from computers at Britain's University of East Anglia and made public in 2009 and 2011, Heartland has celebrated the breach, contending that the emails show the scientists conspiring to hide or misrepresent doubts about global warming. Yet the institute labels the release of its own internal documents "a flagrant violation of ethics."

Heartland tries to paper over this contradiction by tying the email releases to "a whistle-blower inside the University of East Anglia." The problem is that no one has ever identified the leaker, whether a whistle-blower or otherwise.

The school says its computers were hacked, and a police investigation is continuing in Britain. When I asked Heartland to defend its characterization, its spokesman remarked on the length of the police investigation and the absence of any charges or a confession. "If that doesn't point strongly to a legitimate internal whistle-blower, I don't know what does," he wrote me. Is this typical of the logical consistency of all Heartland's work?

The claim that the leaked emails showed scientists conspiring or misrepresenting their findings has been refuted by numerous official investigations, including a British parliamentary inquiry. The study by climate expert Michael Mann that was the topic of many of the emails, and which documented a sharp rise in global temperature in recent decades, was scrutinized in 2006 by the National Academy of Sciences, which endorsed its basic findings and the broader scientific consensus that the global warmth of the late 20th century was unprecedented over the previous millennium. In a nutshell, there's no scientific controversy that global warming exists and that human activities are irrefutably a leading cause of it.

That brings us back to the Heartland documents. It would be tragic if Gleick's effectiveness as an environmental advocate were sacrificed for what is, in truth, a meager haul. "There's not that much in the documents that we didn't already know or suspect," says Naomi Oreskes, a historian of science at UC San Diego and coauthor of "Merchants of Doubt," a 2010 book documenting the efforts of Heartland and other sources to undermine scientific findings on environmental issues.

Much of the outrage over the Heartland documents has focused on their disclosure of the organization's plan to produce a grade-school curriculum casting doubt on the scientific consensus on global warming. A Heartland spokesman defended this project to me as an effort "to put more science into public schools, not less."

Yet criticizing Heartland for this strikes me as a waste of time. Propaganda is what Heartland does for a living; our obloquy should be reserved for any school board ignorant enough to accept a science curriculum from an industry-funded advocacy group.

Gleick's greatest gift to Heartland may be that the controversy has made it appear more relevant to the global warming debate than it really is. The documents themselves show Heartland struggling to raise money from conservative donors.

Heartland's biggest donor, an anonymous contributor whose millions have sometimes represented as much as 63% of its annual revenue, has advanced smaller amounts every year since 2008, falling below $1 million in 2011. (This is according to the fundraising document, the authenticity of which the institute doesn't dispute.) Heartland hopes to jack that up to $1.25 million this year, but it's unclear from its internal documents whether that number represents the donor's firm commitment or Heartland's wishful thinking. This year, for the first time, Heartland will mount a direct mail fundraising campaign, but the internal documents show that the campaign will cost more than $500,000 and operate at a loss for at least the first year.

The institute's total revenue has been dwindling since 2008, falling from $7.8 million that year to $4.6 million in 2011, according to annual tax returns it files publicly and to its internal budget document. The documents say Heartland plans to restore revenue all the way to $7.7 million this year, but they forecast success in its fundraising with a childlike optimism that makes your average high school pep rally sound like the last rites.

The ethics of Gleick's actions are a subject properly left to his organization's board and his God, not the sinners who have publicly weighed in on the matter, pro or con. If there's lasting damage from this episode, it comes from giving Oreskes' "merchants of doubt" another means of distracting policymakers from basing their work on firm scientific evidence rather than Heartland-style malarkey. To paraphrase the late novelist William Gaddis, obfuscation is "the one weapon stupidity's got against intelligence." The last thing the world needed was to give stupidity an opportunity to reload.