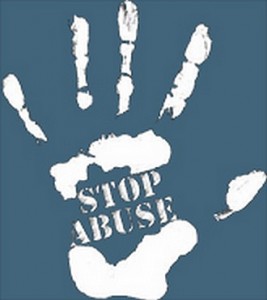 A lawsuit alleging sexual abuse by Gerald Robinson, left, and others was dismissed by Common Pleas Judge Ruth Ann Franks.

A lawsuit against Toledo priest Gerald Robinson, who was convicted in 2006 of murdering a nun, has been thrown out for being filed too late.

Judge Ruth Ann Franks of Lucas County Common Pleas Court said a Toledo woman’s civil suit, alleging that she was abused by Robinson and others in satanic rituals when she was a child, was not filed within Ohio’s statute of limitations, which in most cases is 12 years after the person turns 18.

The woman, now in her mid-40s, filed anonymously in 2005 as Survivor Doe along with her husband Spouse Doe, claiming that she could not have sued Robinson earlier because she did not know his identity until she saw him on television after his 2004 arrest for murder.

Mark Davis, the woman’s attorney, said he plans to appeal the ruling.

Judge Franks said in her 27-page decision, dated Tuesday, that while Survivor Doe did not know Robinson’s identity, she knew at least four people involved in the abuse and therefore could have attempted to learn the other abusers’ identities before the time limitations expired.

Judge Franks said child abuse may be the most “vile and vicious act that can be inflicted by a human” and that it stirs “very profound emotions,” but “the law does not allow the court to operate on emotion.”

She said Survivor Doe “could have sought assistance from law enforcement, and she could have attempted to act through other trusted individuals such as her husband” before the statute ex-pired.

Also named in the now-dismissed lawsuit were Gerald Mazuchowski, a Toledo lay Catholic; the Toledo Catholic Diocese, and St. Adalbert Parish and school, where some abuses allegedly occurred. 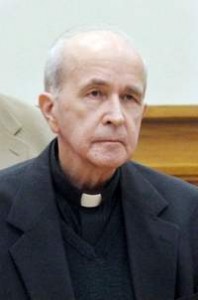 Survivor Doe claimed in the suit that she was sexually abused by the satanic cult between 1968 and 1975, and that her abusers included a hooded man “with evil eyes” and a hooded “fat” man who told other cult members what to do.

Judge Franks cited Survivor Doe as saying that she witnessed “her mother’s participation in the ritual-type murder of a child during the satanic rituals and of her brother sexually assaulting her with a snake at someone’s direction, also related to the satanic ritual abuse.”

The judge said the Toledo woman began to remember the satanic rituals in 1994, kept detailed journals she calls her “life’s work,” and sought assistance from an attorney in 1994 about possibly suing her uncle for child abuse in a separate matter.

Mr. Davis, Survivor Doe’s attorney, said he is convinced that “our case is even stronger this time … because the evidence is overwhelming that what she described is what actually happened.”

He said he believes an appeals court will side with Survivor Doe’s contention that the statute of limitations countdown should not have begun ticking until she recognized her alleged perpetrators.

Robinson’s attorney, John Donahue, said yesterday that he was “very pleased” with Judge Franks’ decision, calling it “sensitive to the concerns of child abuse victims” while also upholding the law – “that justice delayed is justice denied.”

Robinson, 71, is serving a 15-years-to-life sentence at Hocking Correctional Facility in southern Ohio for the 1980 murder of Sister Margaret Ann Pahl. He was barred from ministry and has retired from the diocese but remains a priest because he has not been laicized by the Vatican.

Sister Margaret Ann’s body was found, choked and stabbed 32 times, on the morning of April 5, 1980 – Holy Saturday – in the sacristy of the former Mercy Hospital.

Robinson was arrested by cold-case detectives in April, 2004, and found guilty of murder in Lucas County Common Pleas Court in May, 2006.

His legal appeals have been rejected by the Ohio 6th District Court of Appeals, the Ohio Supreme Court, and the U.S. Supreme Court. A petition for postconviction relief is pending before Judge Gene Zmuda in Lucas County Common Pleas Court, with a hearing scheduled for Jan. 22.

Book Review of The Watcher, by Shane Harris: A Whitewash of “Überspook” John Poindexter
Feb 06