To order a CD of conference speakers, see: 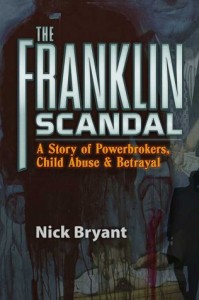 The issue of ritual abuse, an issue once forbidden to discuss, is coming to the forefront the more we learn about the issue of human trafficking, and with books such as that written by Randy Noblitt and Pamela Perskin Noblitt entitled Ritual Abuse in the 21st Century, more info is coming to the surface as people have started to understand what it is like to be treated like an animal on a daily basis - and the Stockholm effect that it has over the victim, keeping them quiet and complacent. However, after attending the 2010 Conference Concerning Ritual Abuse, Secret Societies, and Mind Control, I discovered how uphill the battle to expose this vile treatment of our fellow human beings has become.

Take for example, the website Wikipedia. Invested in the concept that ritual abuse should only be associated with the moral panics of the 80s and 90s, it has decided to ban all websites that deal with the issues concerning such cases. These websites are http://extreme-abuse-survey.net, http://ritualabuse.us, http://www.endritualabuse.org, and http://abusearticles.wordpress.com. It says something when you consider the censorship that is occurring with regards to the issues brought up by the victims and their supporters. Neil Brick, founder of SMART, (standing for Stop Mind Control and Ritual Abuse Today), was also the primary leader of the conference this year- as he has been for over a decade, and has dedicated much of his life to exposing and trying to stop this inhumane practice that is not a problem just abroad, but right here in America.

The conference was a collection of professionals who were top of their fields- many of them published, as well as victims of the practice of not only ritual abuse, but satanic ritual abuse- a practiced not even those in the field dare whisper in fear of the repercussions that it may bring upon them. Honest, dedicated individuals who, although they may have been scarred by their childhoods or what they may have faced professionally- shined beautifully in the retelling of their experiences while they offered hope to those of us who are still struggling with coming to terms with what happened to us, and I came away with such a feeling of community that I feel compelled to share with others some of what I experienced this past weekend at the conference.

Discussing such topics as how ritual abuse can occur in any household and doesn’t have to be connected in any way to a group, although thousands of such cases exist- brought home the fact that ritual abuse encourages isolation, and the victims that are experiencing it now- today- most likely feel as alone as I did back then. It is true that I am a product of SRA (satanic ritual abuse), but- because of the situations surrounding my family and Omaha, Nebraska; I sometimes forget that effects of ritual abuse are the same for all abused victims, and that we all need to stand together so that even the most frightened will be empowered to come forward- regardless of the circumstances of their abuse.

Mr. Brick - whom I found to be a wealth of information, did his upmost to make the conference a safe and nurturing experience, and succeeded superbly. The topics discussed were intense, and many of the recollections people shared were not easy to listen to- but the presentations were given with such compassion and emotion that, at one point- they elicited a standing ovation. The stories related in the conference were so personal and so touching, that I couldn’t helped be moved several times throughout the event, and because of Mr. Brick’s handling of the conference - there was not one point at which I felt unsafe.

Safety is important to anyone who has endured any kind of abuse- and many who attended the conference had been attacked- not only as children, but as adults - as they struggled to put together what happened to them as children only to be attacked by both family and strangers alike. During the time that I began to try to expose the events that happened in Omaha, I endured death threats, dead animals being left in my yard, phone calls from strangers urging me to stop, and vandalism to my car - among other things designed to intimidate me back into silence. Attacked by my father’s family, overwhelmed by the fact that very few people would listen to me - I felt very alone during my ordeal. The most poignant thing that I realized during this conference was that I was not alone, and that others had gone through many of the same things I did when I started my investigation. Without Mr. Brick adhering strictly to the rules of the conference - such as an ID badge worn at all times - I believe that people would not have had the comfort to open up as they did.

Concerning some of what happened in Omaha, I have to say that I was profoundly impressed by the presentation given by Nick Bryant, author of the new book The Franklin Scandal: A Story of Powerbrokers, Child Abuse and Betrayal. Thoughtful, insightful, and disturbing, he explains the workings of the Franklin Credit Union and the events surrounding the downfall of the institution in such a way that was completely understandable, not an easy feat considering the complexities surrounding the failed bank. Having thoroughly investigated the people involved, and the situations that they were involved with, he lays out his investigation with great detail, his facts corroborated at least three times over before he included them in his book. I am hoping that he plans a trip to Omaha soon, as I believe that the people here need to hear the truth in what he is presenting, as he does a great job detailing the concerns many in Omaha still have regarding the events that played out here.

The time to be afraid is over, as is the time to be shamed into silence. I discovered that there is a strong urge in everyone I met this past weekend to bring this issue back into the minds of the general public, and the most inspiring aspect of this past conference was the fact that so many want to join together in order to stop a practice that is not happening just in other countries, but in fact is most prevalent in our own. The leaders of this movement, such as those involved with ritual abuse in the 21st Century and the extreme abuse survey (which, as a social study, had a remarkable turnout and yielded not only consistent, but detailed facts concerning the practices, methodologies, and numbers of victims suffering from experiences that a concerted campaign is being waged to prevent anyone from even considering actually exists), as well as the victims who are fighting to have their voices heard, and the therapists who have been exposed to the stories of their clients, are coming together in a way that is awe inspiring and I have every confidence our efforts will encourage others living in the darkness to come out of hiding.

I want to thank Neil for his continuing efforts to expose this heinous practice, and I encourage everyone out there to support his, and those with who he is working so hard with, in their efforts to reduce these practices by educating yourselves, looking at and reading the information on the websites that I previously mentioned, as well as getting involved with spreading the word. The only way to stop what is happening in our communities at large is to know the problem and come together in a cohesive way that lets our objections to such abuse be heard, and the four websites banned on Wikipedia is a good way to start. Another way to learn more is to attend next year’s conference. I know that I will be attending again and I hope to see meet more next year than I even did last weekend.

It was a mind-expanding event, and I look forward to seeing great things come from last weekend. Considering the strength and the endurance of the people involved, we will see this inhumane practice exposed in our lifetimes without a doubt.