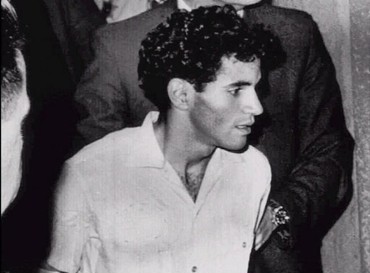 Convicted assassin Sirhan Sirhan was manipulated by a seductive girl in a mind control plot to shoot Senator Robert F Kennedy, and his bullets did not kill the presidential candidate, lawyers have said in new legal papers.

The documents filed this week in federal court detail extensive interviews with Sirhan during the past three years, some done while he was under hypnosis.

The papers point to a mysterious girl in a polka-dot dress as the controller who led Sirhan to fire a gun in the pantry of the Ambassador Hotel in Los Angeles, California. But the documents suggest a second person shot dead Kennedy while using Sirhan as a diversion.

For the first time, Sirhan said under hypnosis that on a cue from the girl, he went into "range mode" believing he was at a firing range and seeing circles with targets in front of his eyes.

"I thought that I was at the range more than I was actually shooting at any person, let alone Bobby Kennedy," Sirhan was quoted as saying during interviews with Daniel Brown, a Harvard University professor and expert in trauma memory and hypnosis. Prof Brown interviewed Sirhan for 60 hours with and without hypnosis, according to the legal brief.

Sandi Gibbons, a spokeswoman for the Los Angeles County district attorney, said prosecutors were unaware of the legal filing and could not comment.

The story of the girl has been a lingering theme in accounts of the events just after midnight on June 5 1968, when Kennedy was gunned down in the hotel pantry after claiming victory in the California Democratic presidential primary.

Witnesses talked of seeing such a female running from the hotel shouting "We shot Kennedy". But she was never identified and amid the chaos of the scene, descriptions were conflicting.

Through the years, Sirhan has claimed no memory of shooting Kennedy and said in the recent interviews that his presence at the hotel was an accident, not a planned destination.

Sirhan was denied parole in March by a panel that said he had not shown sufficient remorse for the killing.