As the parole hearing for convicted assassin Sirhan Sirhan came and went, unremarked in the media are the strong doubts of the LA County coroner who performed the autopsy that Sirhan acted alone, or even delivered the killing shot.

LA chief coroner Noguchi said of the RFK assassination in his book:

“Until more is precisely known…the existence of a second gunman remains a possibility. Thus, I have never said that Sirhan Sirhan killed Robert Kennedy.”

Nina Rhodes-Hughes, the eyewitness to the RFK shooting who spoke with CNN last year,told CNN:

“What has to come out is that there was another shooter to my right…The truth has got to be told. No more cover-ups.”

The omission in media coverage joins the media burial of another potential blockbuster, Robert F. Kennedy son RFK Jr’s. revelation, on the Charlie Rose Show this year, that his father did not believe that Lee Harvey Oswald acted alone, and that his father suspected “rogue CIA” in the murder of his brother. Various media reported the revelation after it took place in January of this year, but it then dropped out of all discussion as the 50th anniversary of the murder approached. The broadcast is no longer available in the Charlie Rose Show archives.

As Rose probed Robert F. Kennedy Jr. on the slaying of his uncle, the president, Kennedy held that “I think my father was fairly convinced at the end of that that there had been involvement by somebody …” Rose suggested “organized crime, Cubans.” Kennedy went on: “Or rogue CIA.” Kennedy said during the interview “The evidence at this point I think is very, very convincing that it was not a lone gunman.”

The 50th anniversary of the JFK assassination passed last month with most media coverage implicitly accepting the lone gunman theory in both shootings, making casual,and at times mocking, mention, of “conspiracy theories.” But the latest official committee , the 1976 House Select Committee on Assassinations, concluded that:

“on the basis of the evidence available to [the Committee, that President John F. Kennedy was probably assassinated as a result of a conspiracy.”

“I thought they’d get one of us, but Jack, after all he’s been through, never worried about it. I thought it would be me.”

President Kennedy told his wife just hours before his assassination:

“if somebody wants to shoot me from a window with a ri­fle, nobody can stop it. So, why worry about it?”

Bernard L. Diamond, M.D., a professor of law and psychiatry at University of California, Berkeley, and an expert witness in the Sirhan trial, maintains that he is convinced that Sirhan Sirhan was acting under some form of hypnosis as a brainwashed “Manchurian” killer. Sirhan has consistently maintained that he does not remember shooting at Kennedy.

The idea of brainwashed assassins gained new attention after the CIA declassified tens of thousands of documents showing that government-sponsored experiments, run under code names MK-Ultra, Operation Bluebird, and Operation Artichoke, had indeed vigorously pursued mind control technology which would allow the creation of killers without memory of what they had done. The declassification pulled such films as “The Manchurian Candidate” out of the real of science fiction (Times of London reprint.)

The Kennedy brothers’ breathtaking courage in the face of what they seemed to understand was a deadly political opposition matches the stakes they were playing for in setting the direction of the country. Former Secretary of Defense Robert McNamara confirmed, later in his life, that President Kennedy believed that the Vietnam War could not be won, and was unwilling to send further thousands of young American men to their deaths in it. McNamara says Kennedy would have likely pulled out of Vietnam. Kennedy also signaled in a speech at American University in June of 1963 that he was seeking an end to the nuclear arms race with Russia, freeing up hundreds of billions of dollars to fix America’s own problems.

Paralyzed after his brother’s murder and torn with grief, Robert Kennedy finally threw his hat into the ring for the presidency in 1968, and coasted easily to the Democratic nomination, virtually assuring his election. Knowing the dangers, he was gunned down on the eve of cinching the nomination, in the Ambassador Hotel in Los Angeles. He said once in a speech:

“Each time a man stands up for an ideal, or acts to improve the lot of others, or strikes out against injustice, he sends forth a tiny ripple of hope, and crossing each other from a million different centers of energy and daring, those ripples build a current which can sweep down the mightiest walls of oppression and resistance.” 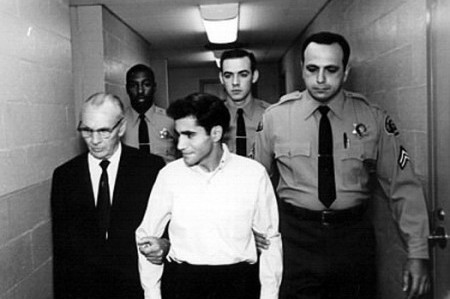 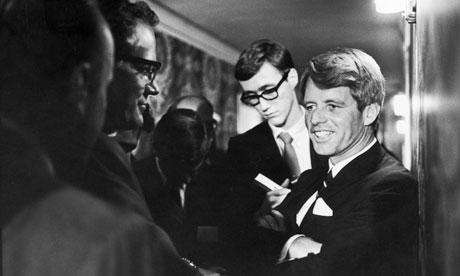 The Killing of Robert Kennedy
Jul 23 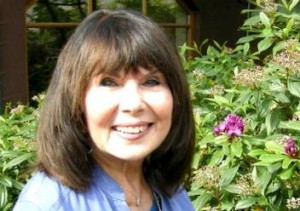