In March March 2011, 42 years into his life prison sentence for assassinating Sen. Robert F. Kennedy, Sirhan Sirhan stood in front of a parole board and repeated the same thing he had been saying at parole hearings for decades: that he had no memory of the shooting or his subsequent trial and confession of guilt. For the 14th time, his application was denied. Two weeks ago, Sirhan's attorneys filed the latest in a series of appeals that aim to get Sirhan back in front of a judge to correct what they call "an egregious miscarriage of justice."

Sirhan, they argued, had been hypnotized to carry out the crime.

In addition to presenting expert audio analysis indicating that there were two guns fired from different directions and a claim that a bullet from Kennedy's neck was switched out to match Sirhan's gun, the filings bolster a long-repeated conspiracy theory asserting that Sirhan was a victim of hypnosis, an unwitting shill whose Arab name made him an easy scapegoat and drew attention from the true architects of the assassination. According to the new pleadings, "[Sirhan] was an involuntary participant in the crimes being committed because he was subjected to sophisticated hypno-programing and memory implantation techniques which rendered him unable to consciously control his thoughts and actions at the time the crimes were being committed." [Where Do Murderous Tendencies Come From?]

Anticipating the skeptical firewall that the phrase "hypno-programming" raises in many inquiring minds, the filings also maintain that, "The public has been shielded from the darker side of the practice. The average person is unaware that hypnosis can and is used to induct antisocial conduct in humans."

If nothing else, Sirhan's lawyers may be right about a general lack of public awareness on the true potential of hypnosis. According to Dr. Richard Kluft, a clinical professor of psychiatry at Temple University and the past-president of the Society for Clinical and Experimental Hypnosis, the scenario that Sirhan's legal team advances is "certainly within the realm of plausibility."

To put the seemingly far-fetched theory into context, Kluft notes that it is undisputed and freely available information that U.S. government security agencies have extensively researched the possibility of creating so-called "hypnotic assassins" and "hypnotic couriers." (A hypnotic courier would theoretically memorize a classified message while under hypnosis and then only be able to retrieve that information if provided with the proper post-hypnotic cue by the message's intended recipient, thus eliminating the possibility that the agent could divulge the information if captured and tortured.) Information on whether and how covert organizations have put the findings of their hypnosis research — such as that conducted in the CIA's allegedly discontinued human experimentation program MKULTRA — to use, however, is harder to obtain.

According to Kluft, it is not possible to hypnotize someone to do something that obviously violates their beliefs or desires. In hypnosis, though, context is everything. Say, for example, an unethical hypnotist wanted to hypnotize a suggestible vegetarian to eat a steak. If the hypnotist simply put the vegetarian into a state of hypnosis and then presented him or her with a steak, identified it as a steak, and told the person to eat it, the hypnotized vegetarian would almost certainly refuse. 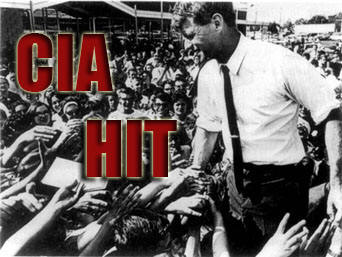 But if the hypnotist put a vegetarian into a state of hypnosis and then made repeated misleading suggestions that in a short period of time a waiter would deliver a mouth-watering, mock-meat, soy-based protein slab that would be both delicious and meat-free, and then proceeded to order genuine filet mignon, the vegetarian would probably be more amenable to taking a bite.

The very uncomfortable and very serious question, then, is whether an exceptionally suggestible human brain, manipulated in just the right way, might be seduced by its delusions into committing an act far beyond the violation of a dietary code — namely, gunning down a gifted politician in the early stages of an auspicious bid for the American presidency. Could a hypno-programmed Sirhan Sirhan really have fired on Kennedy if he didn't actually want to?

There is not a simple answer. It is all but inconceivable that Sirhan could have been picked up off the street and then successfully hypnotized to kill against his will after one session with a master hypnotist, but if hypnosis is combined with brainwashing regimens and used to make persistent suggestions that a subject misperceive external circumstances and re-contextualize personal beliefs, its limits are not well defined, Kluft said.

"Post-hypnotic subjects can be induced to misunderstand their circumstances and, as a result of them misunderstanding their circumstances, do and say some things that are very likely to be potentially detrimental and injurious," said Kluft, careful to note that he cannot speculate on Sirhan's past or present mental state specifically, as he has not personally evaluated him. "In the most general sense, you can't make a person do something against their principles with hypnosis, but you can deceive them as to what's truly the case so that they may wind up doing something that they themselves regard as reprehensible but that they did under circumstances of not really getting the whole picture."

It would be very unlikely for an appeal be granted based solely on new evidence of hypnosis in a crime that occurred more than 40 years ago, said Stephen J. Morse, a professor of law and psychiatry at the University of Pennsylvania. But if Sirhan's attorneys do manage to win their client a re-trial based on any of their latest allegations, proof that he was in a state of hypnosis at the time of Kennedy's assassination would absolve him of responsibility. "All crimes require some prohibited act as one of the elements," Morse explained. "In most American jurisdictions, an act performed under hypnosis is not considered an 'act' and thus the defendant would simply be acquitted of the crime charged."

FOR A DETAILED AND COMPELLING EXAMINATION OF CIA MIND CONTROL IN THE MURDER OF ROBERT KENNEDY, SEE:

Actually Sirhan was probably programmed to be a “patsy”, specifically a distraction from the real killer, who is reported by a witness to have shot a whole lot of rounds; more than reported. This along with other discrepancies, exonerates Sirhan.

Any one know the old man to Sirhan’s right? Perhaps it was his hypnotist? Sirhan seems to be listening intently.