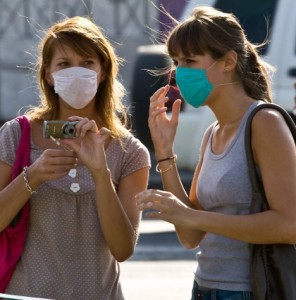 European criticism of the World Health Organization's handling of the H1N1 pandemic intensified Friday with the release of two reports that accused the agency of exaggerating the threat posed by the virus and failing to disclose possible influence by the pharmaceutical industry on its recommendations for how countries should respond.

The WHO's response caused widespread, unnecessary fear and prompted countries around the world to waste millions of dollars, according to one report. At the same time, the Geneva-based arm of the United Nations relied on advice from experts with ties to drug makers in developing the guidelines it used to encourage countries to stockpile millions of doses of antiviral medications, according to the second report.

The reports outlined the drumbeat of criticism that has arisen, primarily in Europe, of how the world's leading health organization responded to the first influenza pandemic in more than four decades.

"For WHO, its credibility has been badly damaged," wrote Fiona Godlee, the editor of the BMJ, a prominent British medical journal, that published one of the reports. "WHO must act now to restore its credibility."

A spokesman for the WHO, along with several independent experts, however, strongly disputed the reports, saying they misrepresented the seriousness of the pandemic and the WHO's response, which was carefully formulated and necessary given the potential threat.

"The idea that we declared a pandemic when there wasn't a pandemic is both historically inaccurate and downright irresponsible," said WHO spokesman Gregory Hartl in a telephone interview. "There is no doubt that this was a pandemic. To insinuate that this was not a pandemic is very disrespectful to the people who died from it."

The first report, released in Paris, came from the Social, Health and Family Affairs Committee of the Parliamentary Assembly of the Council of Europe, which launched an investigation in response to allegations that the WHO's response to the pandemic was influenced by drug companies who make antiviral drugs and vaccines.

"The parliamentary assembly is alarmed about the way in which the H1N1 influenza pandemic has been handled, not only by the World Health Organization (WHO), but also by the competent health authorities at the level of the European Union and at national level," the 18-page draft report states.

"It is particularly troubled by some of the consequences of decisions taken and advice given leading to distortion of priorities of public health services across Europe, waste of large sums of public money, and also unjustified scares and fears about health risks faced by the European public at large," according to the report.

The second report, a joint investigation by the BMJ and the Bureau of Investigative Journalism, which is based in London, criticized 2004 guidelines the WHO developed based in part on the advice of three experts who received consulting fees from the two leading manufacturers of antiviral drugs used against the virus, Roche and GlaxoSmithKline.

"We are left wondering whether major public health organizations are able to effectively manage the conflicts of interest that are inherent in medical science," the report states.

"WHO would say categorically that it believes that it has not been subject to undue conflict-of-interest. We know that some experts that come to our committees have contact with industry. It would be surprising if they didn't because the best experts are sought by all organizations," Hartl said. "We feel that the guidelines produced were certainly not subject to undue influence."

In response to the criticism, the WHO has launched two investigations, including one by an independent panel of experts led by Harvey Fineberg, who heads the U.S. National Academy of Sciences Institute of Medicine.