” … The Times quoted former Blackwater officials as saying that at least two Blackwater-affiliated companies, XPG and Greystone, obtained secret contracts from the CIA to provide security to agency operatives. … “ 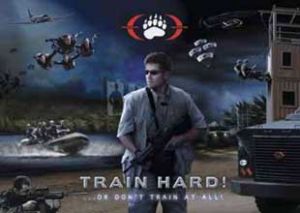 (AP) – WASHINGTON — The security company Blackwater Worldwide formed a network of 30 shell companies and subsidiaries to try to get millions of dollars in government business after the company faced strong criticism for reckless conduct in Iraq, The New York Times reported.

The newspaper said Friday that it was unclear how many of the created companies got American contracts but that at least three of them obtained work with the U.S. military and the CIA.

Sen. Carl Levin, chairman of the Senate Armed Services Committee, has asked the Justice Department to see whether Blackwater misled the government when using the subsidiaries to gain government contracts, according to the Times.

It said Levin’s committee found that North Carolina-based Blackwater, which now is known as Xe Services, went to great lengths to find ways to get lucrative government work despite criminal charges and criticism stemming from a 2007 incident in which Blackwater guards killed 17 Iraqi civilians. A committee chart outlines the web of Blackwater subsidiaries.

Messages left late Friday with spokespeople for the Michigan Democrat and Xe were not immediately answered.

The 2007 incident and other reports of abuses by Blackwater employees in Iraq led to criminal investigations and congressional hearings, and resulted in the company losing a lucrative contract with the State Department to provide security in Iraq.

But recently the company was awarded a $100 million contract to provide security for the agency in Afghanistan, prompting criticism from some in Congress. CIA Director Leon Panetta said that the CIA had no choice but to hire the company because it underbid others by $26 million and that a CIA review concluded that the contractor had cleaned up its act.

Last year, Panetta canceled a contract with Xe that allowed the company’s operatives to load missiles on Predator drones in Pakistan, and shifted the work to government personnel.

However, the Times quoted former Blackwater officials as saying that at least two Blackwater-affiliated companies, XPG and Greystone, obtained secret contracts from the CIA to provide security to agency operatives.

The newspaper said the network of subsidiaries, including several located in offshore tax havens, were uncovered as part of the Armed Services Committee’s examination of government contracting and not an investigation solely into Blackwater. But Levin questioned why Blackwater would need to create so many companies with various names to seek out government business, according to the Times.

The report quoted unidentified government officials and former Blackwater employees as saying that the network of companies allowed Blackwater to obscure its involvement in government work from contracting officials and the public, and to ensure a low profile for its classified activities.