Hundreds of AK-47s Missing after Weapons Taken by Blackwater from U.S. and Afghan Governments 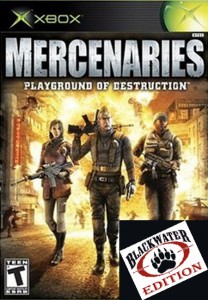 The only thing funny about this story is that Blackwater apparently signed for the guns using the fake name "Eric Cartman," the obnoxious little brat from South Park. Spencer Ackerman explains:

Employees of the CIA-connected private security corporation Blackwater diverted hundreds of weapons, including more than 500 AK-47 assault rifles, from a U.S. weapons bunker in Afghanistan intended to equip Afghan policemen, according to an investigation by the Senate Armed Services Committee. On at least one occasion, an individual claiming to work for the company evidently signed for a weapons shipment using the name of a “South Park” cartoon character. And Blackwater has yet to return hundreds of the guns to the military.

Sen. Carl Levin, Chairman of the Armed Services Committee, plans hearings today on the matter. Ackerman will cover the hearing in a live blog for The Washington Independent.

Yesterday, Levin told Ackerman that Blackwater wasn't telling the truth about the weapons.

Not all of the guns received from Blackwater have been returned to the Afghan government — and, according to committee staff, many only began to be returned after staff approached the company for an explanation. “It was represented to us that all the weapons had been returned” to 22 Bunkers, Levin said. “That is not true. Hundreds of them were not returned.” Asked if that meant Blackwater lied to Congress, Levin replied, “They misrepresented the facts, and I’d like to leave it at that.”

Where might the guns be? If this 2007 incident involving Blackwater is any guide, the guns aren't in any place good:

This is not the first time Blackwater has faced allegations of diverted weapons. In 2007, company employees came under federal investigation for improperly shipping hundreds of weapons to Iraq, some of which are believed to have been sold on the black market and acquired by a Kurdish terrorist group.

Perhaps the most amazing thing about this unfolding story: Blackwater not only hasn't been run out of business, it is currently seeking a new contract worth millions to train the Afghan police. Talk about broken government: Blackwater is the poster child.