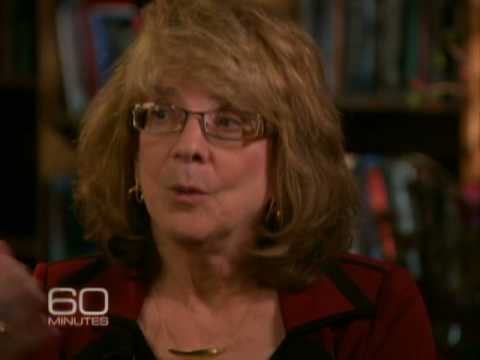 The accuracy of Elizabeth Loftus' research and its ethics have been critiqued by several people over the last two decades. Below is a brief synopsis of some of this research.

"Lost in a Shopping Mall" A Breach of Professional Ethics

The "lost in a shopping mall" study has been cited to support claims that psychotherapists can implant memories of false autobiographical information of childhood trauma in their patients. The mall study originated in 1991 as 5 pilot experiments involving 3 children and 2 adult participants. The University of Washington Human Subjects Committee granted approval for the mall study on August 10, 1992. The preliminary results with the 5 pilot subjects were announced 4 days later. An analysis of the mall study shows that beyond the external misrepresentations, internal scientific methodological errors cast doubt on the validity of the claims that have been attributed to the mall study within scholarly and legal arenas. The minimal involvement or, in some cases, negative impact?of collegial consultation, academic supervision, and peer review throughout the evolution of the mall study are reviewed.

Unfortunately, thus far reporters and journalists have almost completely failed to critically evaluate her claims. Nor have they addressed three crucial facts about her work:

1) Loftus herself conducted and published a study in which nearly one in five women who reported childhood sexual abuse also reported completely forgetting the abuse for some period of time and recovering the memory of it later. ....

3) Loftus is aware that those who study traumatic memory have for several years, based on a great deal of research and clinical experience, used the construct of dissociation to account for the majority of recovered memories. However, she continues to focus on and attack "repression" and "repressed memories," which has the effect of confusing and misleading many people.

Elizabeth Loftus herself has published studies showing evidence of recovered memory. The 4 January 1996 issue of Accuracy About Abuse notes: Elizabeth Loftus, high profile FMSF advocate, published a paper with colleagues on Remembering and Repressing in 1994. In a study of 105 women outpatients in a substance abuse clinic 54 % reported a history of childhood sexual abuse. 81% remembered all or part of the abuse. 19% reported they forgot the abuse for a period of time and later the memory returned. Women who remembered the abuse their whole lives reported a clearer memory, with a more detailed picture. Women who remembered the abuse their whole lives did not differ from others in terms of the violence of the abuse or whether the violence was incestuous. [Psychology of Women Quarterly, 18 (1994) 67-84.]

Loftus has also discussed "motivated forgetting", and has presented the documented study of a college professor who became unable to remember a series of traumas, but after some time was able to recover those memories. Loftus remarked "after such an enormously stressful experience, many individuals wish to forget... And often their wish is granted." (Loftus, 1980/1988, p. 73)"

"The hypothesis that false memories can easily be implanted in psychotherapy (Lindsay & Read, 1994; Loftus 1993; Loftus & Ketcham, 1994; Ofshe and Watters, 1993, 1994; Yapko, 1994a) seriously overstates the available data. Since no studies have been conducted on suggested effects in psychotherapy per se, the idea of iatrogenic suggestion of false memories remains an untested hypothesis. (Memory, Trauma Treatment, And the Law Brown, Scheflin and Hammond (D. Corydon) 1998, W. W. Norton 0-393-70254-5)

Does the trauma specified in the lost-in-the-mall experiment seem comparable to the trauma forming the basis of false memory syndrome? Loftus (1993) described the implanted traumatic event in the shopping-mall experiment as follows: "Chris was convinced by his older brother Jim, that he had been lost in a shopping mall when he was five years old" (p. 532). Does this seem, for example, a reasonable analogy for a five-year-old girl being repeatedly raped by her father? Pezdek (1995; see also Pezdek, Finger, & Hodge, 1996) has suggested that this may not be the case. In attempting to arrive at a more analogous situation-that of a suggested false memory of a rectal enema-her experimental attempts at implantation of a suggestion had a 0% success rate.

What is the impact of the potentially confounding variables in claiming the shopping-mall experiment to be a convincing analogue of therapy (Loftus, 1993; Loftus & Ketcham, 1994)? Is it possible that the findings are an artifact of this particular design, for example, that the older family member claims to have been present when the event occurred and to have witnessed it, a claim the therapist can never make? To date, replications and extensions of this study have tended to use a similar methodology; that is, either the older family member makes the suggestions in his or her role as the experimenter's confederate, or the experimenter presents the suggestion as being the report of an older family member, thus creating a surrogate confederate.

Has this line of research assumed that verbal reports provided to researchers are the equivalent of actual memories? Spanos (1994) suggested that changes in report in suggestibility research may represent compliance with social demand conditions of the research design rather than actual changes in what is recalled. In what ways were the measures to demonstrate actual changes or creations of memory representations validated and confounding variables (e.g., demand characteristics) excluded? Given that being lost while out shopping is apparently a common childhood experience, how is the determination made that the lost-in-the-mall memory is not substantially correct? What supports the claim that "Chris had remembered a traumatic episode that never occurred" (Garry & Loftus, 1994, p. 83). That is, is there any possibility that Chris's family had forgotten an actual event of this type?

If the experiment is assumed for heuristic reasons to demonstrate that an older family member can extensively rewrite a younger relative's memory in regard to a trauma at which the older relative was present, why have false memory syndrome proponents presented this research as applying to the dynamics of therapy (e.g., Loftus, 1993; Loftus & Ketcham, 1994) but not to the dynamics of families, particularly those in which parents or other relatives may be exerting pressure on an adult to retract reports of delayed recall? Is it possible that older family members can rewrite younger relatives' memories in regard to traumatic events at which they were present? Might this occur in the context of sexual abuse when the repeated suggestion is made by a perpetrator that "nothing happened" and that any subsequent awareness of the abuse constitutes a false memory

A Brief History of the False Memory Research of Elizabeth Loftus

"The lost- in- a-shopping-mall study (Loftus and Pickrell, 1995) provided initial scientific support for the claim that child sexual abuse accusations are false memories planted by therapists. However, the mall study researchers faced a problem early on—the participants could tell the difference between the true and false memories." http://bit.ly/dH9uST

The Alleged Ethical Violations of Elizabeth Loftus in the Case of Jane Doe "In conclusion, I believe Loftus made several ethical breaches during her research and when publishing her study. The right to freedom of speech and academic debate does not allow for the kind of ethical breaches that were made. The violating of Jane Doe’s confidentiality without her written consent around such a sensitive issue appears to have been unnecessary and inappropriate."

Revealed: Multimillionaire du Pont family heir spared jail for raping his three-year-old daughter because judge decided he would 'not fare well' behind bars

“Witch” is a Euphemism – Christine O’Donnell was a Satanist