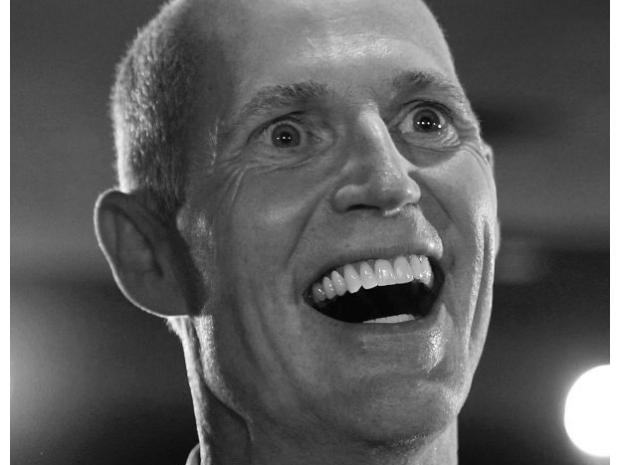 TALLAHASSEE -- The day after the Florida House passed a bill to ban implementation of water quality standards set by the U.S. Environmental Protection Administration, Gov. Rick Scott on Friday asked the agency to rescind a January 2009 determination that the federal rules are necessary for Florida.

Opponents of the federal requirement say the state is better equipped to decide how best to comply with the federal Clean Water Act, which is intended to manage nitrogen and phosphorous pollution of lakes, rivers, streams and bays. They say the EPA standards will be costly to implement, don’t address specific conditions of local waterways and provide little biological benefit.

“Florida is one of the few states that has a comprehensive program in place to address excess nutrients, and we continue to lead the nation in developing innovative tools to ensure the health of our state’s waterways,” Scott said in a prepared statement. “I look forward to working with the EPA to reach an agreement that will promote clean water standards in the way that makes the most sense for our state.”

The U.S. EPA released pollution standards for Florida waterways in December 2010 as part of a 2009 legal settlement with environmental groups, including the Sierra Club, who sued the agency for not enforcing the Clean Water Act in Florida.

The EPA told all states in 1998 to set limits on nitrogen and phosphorous pollution, and warned it would do it for them if no action was taken by 2004. But 2004 passed with no action. Hence the lawsuit.

“It is particularly galling that Scott is thumbing his nose at clean water on Earth Day. It says a lot,” said Earthjustice attorney David Guest in a prepared statement. “Polluters have been using our public waters as their private dumping grounds for too long, and it needs to stop. The corporate lobbyists who have Scott’s ear are good at what they do. Unfortunately, when they win, the rest of us lose.”

Florida elected officials, though, including Scott, Attorney General Pam Bondi and leaders in the House are resisting what they consider federal meddling in state decisions.

Bondi filed a lawsuit challenging the standards earlier this year.

Rep. Trudi Williams, R-Fort Myers, who chairs the House’s Select Committee on Water Policy, filed HB 239, which orders the Florida DEP to ignore the EPA standards. The House passed the bill Thursday with a 90-27 vote. Twelve Democrats joined Republicans in supporting the measure.

Ku Klux Klan is Still Alive and Well in Florida