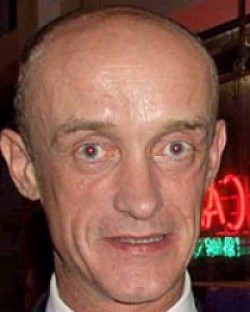 The scandalous life of Count Gottfried von Bismarck, playboy descendant of Germany's greatest statesman, has ended with a heroin overdose.

The 44-year-old count was found dead by ambulance men who broke into his Chelsea flat.

They were called by the estate agent selling the property, who had been unable to contact the count for several days.

Drugs equipment was found near the body.

Bismarck achieved lifelong notoriety as a student in 1986, when he hosted a drug-fuelled party in his rooms in Christchurch College, Oxford, which resulted in the death from a heroin overdose of Olivia Channon, 22-year-old daughter of then-Cabinet minister Paul Channon.

Bismarck had a reputation among fellow students for dressing in lederhosen or women's clothes, lipstick and fishnet stockings, and for hosting wild parties for the children of the rich and titled.

Olivia Channon was found dead in Bismarck's bed with a male student asleep beside her. The police found amphetamine on Bismarck, and he was arrested and charged. At the inquest, he denied knowing that Channon had taken drugs.

He was ordered back to the family castle in Germany by his father, Prince Ferdinand, and sent to a clinic in Hamburg to be treated for alcoholism. A servant was sent to Oxford with a chequebook to pay his debts to pubs, wine bars, restaurants and tailors.

Bismarck returned after three months to stand trial, and was fined £80.

The count, the great-great-grandson of Prussia's "Iron Chancellor", worked for a firm that helped restructure businesses in East Germany after the collapse of communism, and for hedge funds.

He later came out as gay, and was back in the news last August, when he again hosted a party that ended in tragedy.

Casey had 5.4mg of cocaine in his body, five times the potentially lethal dose.