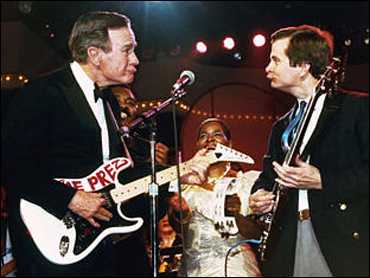 In the wake of yet another hard-fought and bitter presidential campaign, FRONTLINE presents a spirited and revealing biography of Lee Atwater, the charming, Machiavellian godfather of modern take-no-prisoners Republican political campaigns. Through eye-opening interviews with Atwater’s closest friends and adversaries, the film explores the life of the controversial political operative who mentored Karl Rove and George W. Bush, led the GOP to historic victories, and wrote the party’s winning playbook. The story tracks Atwater’s rise from his beginnings in South Carolina as a high school election kingmaker all the way to the White House and his subsequent battle with cancer and final search for forgiveness and redemption. To Democrats, Atwater was a political assassin who one Congresswoman dubbed “the most evil man in America,” but to Republicans he remains a hero for his deep understanding of the American voter and his unapologetic vision of politics as warfare.

In 1989, Lee Atwater was a political rock star. After masterminding George H.W. Bush’s presidential victory over Michael Dukakis, the colorful, blues guitar-playing Atwater was relishing his new role as chairman of the Republican National Committee as he redefined the role of the political operative.

Two years later, the political strategist would be dead from a brain tumor at the age of 41, cast aside by the Washington power players he’d helped create, and wracked with remorse for the tactics he’d employed in his political ascent.

In Boogie Man: The Lee Atwater Story, airing Tuesday, Nov. 11, 2008, from 9 to 10:30 P.M. ET on PBS (check local listings), producer Stefan Forbes reveals new information about the meteoric rise and tragic demise of a man both admired and reviled for the controversial, sometimes racially-charged political tactics that helped elect George H.W. Bush president and inspired protégés such as Karl Rove. Through a wealth of compelling, never-before-seen footage and photos as well as interviews with boyhood friends, elite Republican strategists and political adversaries, the documentary examines Atwater’s impact on the way modern political campaigns are waged.

“[Lee Atwater] mattered in American politics,” Newsweek political writer Howard Fineman says, “because of the man he got elected, because of the party he shaped. He was very important not only to George H.W.’s victory, but to his son’s victory.”

Boogie Man traces Atwater’s political rise from his early days masterminding political victories in South Carolina. Among his triumphs was a fiercely contested battle for Chairman of the College Republicans between Karl Rove and Robert Edgeworth. Atwater lost, but mounted an appeal of Edgeworth’s victory which was ultimately decided by then Republican National Committee chairman George H.W. Bush, who gave the election to Rove.

“That was a pretty early lesson for Karl Rove from Lee,” says Joe Conason, a journalist for The Nation and Salon.com, “that you could play the hardest of hardball and get away with it.”

Boogie Man recounts how fellow South Carolinian Sen. Strom Thurmond took an interest in Atwater, tutoring him in the use of highly emotional wedge issues such as abortion and crime that would help Republicans win over disaffected working class voters to a largely pro-business agenda. Says Atwater intimate Tucker Eskew, “resentment became the future of the Republican party.”

In the documentary, viewers hear from numerous journalists and politicians who say Atwater’s use of scurrilous rumors, push polls and other dirty tricks propelled him onto the national scene, where he became assistant to Ed Rollins, campaign manager for Ronald Reagan’s 1984 election.

“A lot of people told me he wouldn’t be loyal to me, told me not to pick him,” Rollins says. “I admired his work ethic.”

Not long after, Rollins says, Atwater arranged what turned out to be an ambush media interview in which Rollins was accused of running a dirty-tricks campaign against the Democratic vice presidential candidate, Geraldine Ferraro.

“Lee had put a spear in my back,” Rollins says. “… It was just a two-year effort to destroy me. He wanted to run Bush’s [presidential] campaign.”

Boogie Man takes viewers behind the scenes of the contentious 1988 campaign, remembered for its infamous “Willie Horton” ad, which portrayed Mass. Gov. Michael Dukakis as soft on crime and easy on rapists and murderers. Among the film’s revelations is Republican operative Roger Stone’s account that while he was running the Bush campaign, Atwater said he had secretly arranged financing for the Horton ad. “[Atwater] locked the office door,” says Stone, “and he popped the famous Willie Horton spot onto a television. He said, ’I got a couple boys who are going to put up a couple million dollars for this independent.’ And I said, ‘That’s a huge mistake.’”

After Atwater was diagnosed with a brain tumor in 1990, some of his closest friends say that Atwater was terrified he was going to hell and embarked on a desperate search for redemption. “Lee really was confronting some very troubling facts,” says Eskew, “that in winning he had hurt people. Fear had been part of his toolkit. That fear came back on him.” But producer Stefan Forbes notes that his reporting reveals a more nuanced story than media accounts of Atwater’s remorseful apologies for his tactics. “Lee apologized directly to some of the people he’d hurt,” says Forbes, “but never criticized the GOP, or even disavowed negative campaigning. And his vision of politics as war would continue to affect a new generation of GOP politicians and operatives.”

Atwater aide Tucker Eskew, who went on to run George W. Bush’s war room in the 2000 campaign, says Atwater knew how to control media narratives. “Now it’s kind of rote in politics, but Lee was saying early: perception is reality. He was ahead of his time.”

“Atwater had a genius for the sticky issue—simple enough, scary enough that the media could latch onto it,” Conason says. “…[George] W. learned that the only thing that really matters is who wins.”

While some argue that Atwater’s political successes resulted solely from dirty tricks and a win-at-any-cost mentality, former colleagues say that view is an oversimplification. They explain in Boogie Man how Atwater’s keen attention to the concerns of middle-class Americans helped him identify issues to which his Democratic opponents were often tone deaf.

“It’s so much easier to blame dirty tricks than it is to acknowledge hard work,” says Tucker Eskew. “Did he give his opponents ammunition to criticize him for negative tactics? Yes. Does that obscure the fact that he outfoxed them at nearly every turn? Not to those of us watching closely.”

“Lee Atwater made himself a figure of demonology to psych out his opponents and anesthetize people to his tactics,” says Howard Fineman. “And the sad part, some people would say, the justified part, was that the role that he made for himself literally ended up imprisoning him.”

pbs.org/pressroom
Promotional photography can be downloaded from the PBS pressroom. 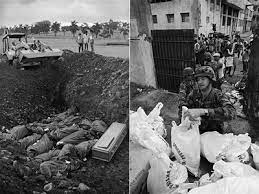 Transcript of THE PANAMA DECEPTION, Segment 8: “Our Boys” Slaughter Thousands of Innocent Civilians for Bush

The Top Ten Power Brokers of the Religious Right
Nov 10