A former White House attorney charged with trying to kill his wife at their Connecticut home has posted bail and is undergoing treatment at a mental health hospital.

Fifty-seven-year-old John Michael Farren, who worked in both Bush administrations, posted $750,000 bail Monday and was sent to the Institute of Living in Hartford. After treatment, he will live at a relative's home in West Hartford under house arrest.

Farren has pleaded not guilty to attempted murder and other charges. Police say he beat Mary Farren, an attorney at Skadden Arps Slate Meagher & Flom, in their New Canaan home in January, after she filed for divorce.

Accused of beating his attorney wife with a metal flashlight so severely that her mental functioning was impaired, a former White House lawyer charged with attempted murder and first-degree strangulation has now posted $750,000 bail and been released to a mental hospital for treatment.

John Michael Farren, 57, will be under house arrest at a relative's Connecticut home once he is discharged from the Institute of Living in Hartford. He has pleaded not guilty to the charges against him.

Farren posted the bond yesterday in state Superior Court in Stamford and was immediately released to the mental hospital, reports the Stamford Times. However, he will not be released, according to the conditions of his bond, until he completes psychiatric treatment or, should he try to depart before he does so, for 72 hours. If he seeks to leave before completing treatment, the hospital is to notify the prosecutor in the case and bail commissioner immediately, the newspaper explains. 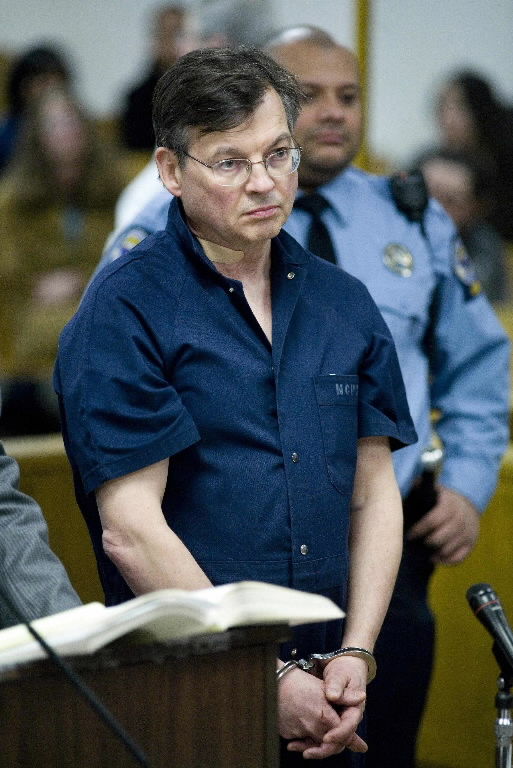 He will be housed in a locked ward, and is not permitted to contact his now-former wife, her relatives or the couple's children, reports the New Canaan Advertiser.

As detailed in earlier ABAJournal.com posts, Farren is accused of attacking his wife, attorney Mary Margaret Farren, in their Connecticut home in January after she refused to back down on her plans to divorce him. The incident followed the apparent fizzling of his legal career. She subsequently filed a civil suit seeking to preserve assets and testified in a hearing in the case that her ability to think quickly and hence perform her $300,000-a-year job at Skadden Arps Slate Meagher & Flom was impaired by the attack.

She also reportedly suffered a broken jaw and facial bones.

The divorce case concluded in April with a $4.1 million settlement to Mary Farren, after Judge Brazzel-Massaro held that she is unable to provide for the couple's two children due to the attack by her husband, the Stamford Times reports.

However, John Michael Farren was allowed to keep enough of the couple's money to pay his lawyers and post bond.