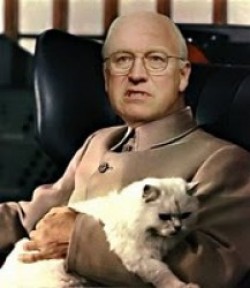 Some say lack of due process in kidnappings and detention at secret prisons amounts to war crimes By Michael Bilton International Consortium of Investigative Journalists 5/22/2007 PORTSMOUTH, England — A plane lands in darkness and is directed to a far corner of an airfield, well out of public view. A group of men described as “masked ninjas” — wearing black overalls and hoods with slits for their eyes, nose and mouth — descend the aircraft steps and make their way to a nearby airport building. Inside a small room the detainee is waiting under armed guard, perhaps already blindfolded. He is immediately hooded as a process known as a “twenty-minute takeout” begins. Soon he is aboard the plane, on his way to another country to be harshly interrogated and possibly tortured. 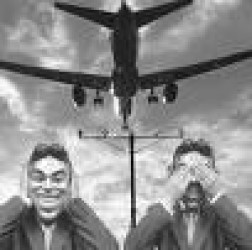 That is what happened to two Egyptian asylum seekers in Sweden on December 18, 2001, and to numerous other terrorist suspects since the September 11, 2001, attacks on the World Trade Center and the Pentagon. Events like this rarely happened before 9/11, but many sources claim that the CIA began frequent use of the practice almost immediately afterward. Now its pattern is familiar and so is its odd name: “extraordinary rendition.” … In the 1980s and 1990s, the United States captured terrorist suspects overseas and “rendered” them back to the U.S. or to a third country to face trial. The CIA’s extraordinary renditions reported to have occurred after 9/11 are quite different. What makes them extraordinary is that there is no judicial proceeding or due process of law; after the kidnapping, terrorist suspects simply disappear into a system of secret prisons for long-term detention and interrogation, sometimes accompanied by torture. Human rights advocates and some legal scholars argue that extraordinary renditions are violations of international law, with some characterizing them as war crimes. For example, Professor Jordan J. Paust of the University of Houston, a former U.S. Army lawyer who is an expert on international law, has presented a formal analysis asserting that U.S. government leaders and those who planned or took part in extraordinary renditions could be prosecuted for committing war crimes. … CONTINUED: http://www.publicintegrity.org/MilitaryAid/report.aspx?aid=855

Key players in Litvinenko case
May 23