Why is the NY Times Underplaying Account of Task Force 373’s Extrajudicial Killings?

… Even the quickly posted Wikipedia entry on Joint Special Operations Command (JSOC) Task Force 373 notes that there is a large discrepancy between the amount of targets on TF373’s “kill/capture” list as reported by the major media. 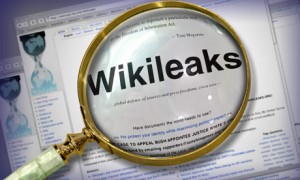 The figures are drawn from the extraordinary release of previously classified Afghan war reports by Wikileaks, and now searchable at the latter’s website.

Task Force 373 is alternately described by the New York Times as “a secret commando unit”; as “an undisclosed ‘black’ unit of special forces” by the UK Guardian; and “an elite American unit…. which operates in Afghanistan outside of the ISAF mandate” by Spiegel Online. These three news sources were partners with Wikileaks in the release of the documents, and had special access to the material prior to their public posting.

By all accounts, Task Force 373 seems to be a kidnapping and death squad, run by the Americans, but housed at a German base in Afghanistan. The very secret unit, unknown even to other ISAF forces, works off a “kill or capture” list known as JPEL, which stands for “Joint Prioritized Effects List.” From this bland name springs an operations force that, according to the UK Guardian, has “more than 2,000 senior figures from the Taliban and al-Qaida” on its seize or kill list. Most of the world press has reported this same or similar figure, though Spiegel only says the figure is “large”:

The list of targeted individuals is arranged according to process number and priority level. Depending on the case, the commandos are sometimes given the option to arrest or kill their prey. Nowhere in the available documents is that list printed in full, but a total of 84 reports about JPEL operations can be filtered out of the thousands of documents. It is not possible to work out from the documents exactly how many JPEL targets there are in Afghanistan, but the four-digit process numbers are enough to suggest that the total number of targets is large.

It was the four-digit process numbers that the Guardian used to determine their figure. Simply put, they counted.

The pursuit of these “high value targets” is evidently embedded deep in coalition tactics. The Jpel list assigns an individual serial number to each of those targeted for kill or capture and by October 2009 this had reached 2,058.

But however they did it, the New York Times came up with a much different and drastically lower number.

Secret commando units like Task Force 373 — a classified group of Army and Navy special operatives — work from a “capture/kill list” of about 70 top insurgent commanders. These missions, which have been stepped up under the Obama administration, claim notable successes, but have sometimes gone wrong, killing civilians and stoking Afghan resentment.

The dramatically lower of numbers reported may be a fudged way of looking at figures. They say “top insurgent commanders”, and this may be a subset of the total of 2000 or more. But the Times never reports the larger number, or even that it runs into the four digits. The import of this is to underplay the amount of killings. It’s unlikely there are 2000 or more “top insurgent commanders.” So, who is the U.S. seizing or killing?

The Guardian article by Nick Davies reports much more than the single paragraph the New York Times dedicates to the story, emphasizing the legal, moral and political ramifications of the Task Force’s actions.

The United Nations’ special rapporteur for human rights, Professor Philip Alston, went to Afghanistan in May 2008 to investigate rumours of extrajudicial killings. He warned that international forces were neither transparent nor accountable and that Afghans who attempted to find out who had killed their loved ones “often come away empty-handed, frustrated and bitter”.

Now, for the first time, the leaked war logs reveal details of deadly missions by TF 373 and other units hunting down Jpel targets that were previously hidden behind a screen of misinformation. They raise fundamental questions about the legality of the killings and of the long-term imprisonment without trial, and also pragmatically about the impact of a tactic which is inherently likely to kill, injure and alienate the innocent bystanders whose support the coalition craves.

The Guardian story documents some of the cases of killings of women and children, and notes that there is also likely a British version of Task Force 373 operating in Afghanistan as well. The parallels with Vietnam are extraordinary, where U.S. counterinsurgency amounted to a large degree to a capture, torture and assassination program known to us today as Operation Phoenix.

It was only a few weeks ago that I noted (based on an observation in a Guardian story by Ian Cobain and Owen Bowcott) that documents released in Britain in the Binyam Mohammed et al. suit had referenced what sounded like extrajudicial killings associated with the rendition program. “Is it clear that detention, rather than killing, is the objective of the operation?” asks a protocol for MI6 operatives working with the U.S. on rendition operations.

Now we have evidence of massive killings underway by secretive U.S. forces, and of plenty of deaths of civilians who get in the way. But the U.S. press has mostly deep-sixed this aspect of the Wikileaks Afghan logs. A story by CNN makes no mention of how many people might be on TF373’s target list, but does add a word of dissent:

“You have people going in with a kill list and the public accountability simply doesn’t exist,” said Sarah Knuckey, director of the Project on Extrajudicial Executions at the Center for Human Rights and Global Justice at the New York University School of Law.

Mainstream bloggers appear to be taking the lead of the major U.S. press. Take Marc Ambinder’s story on the release at The Atlantic, and his own reference to TF373:

The task forces themselves — well, there’s TF 373, the Joint Special Operations Command task force for Afghanistan, which has since morphed into something else. The structure is different today. There are, however, references to the activities of Task Force 2-2, a multi-element special operations element that has — and I emphasize has — the authority to basically self-task, to take bad guys off of the JPEL list (the joint prioritized effects list) and decide whether to capture or kill them based on the situation at hand.

There are several incidents in which 2-2 and other 373 elements killed civilians and saw those killings covered up or obscured in official press releases.

Ambinder’s link is to the same Guardian story on TF373 that I have quoted here, so I’ll give him that. But the failure to report the extent of the targets, and the reference to “take bad guys off the JPEL list” makes them sound, well, sort of innocuous, basically good guys. His view that the TF is “basically self-task” is belied by the Guardian’s coverage, which reports, “The process of choosing targets reaches high into the military command.” Additionally, the idea that there have only been “several incidents” underplays the extent of damage done by the secret U.S. death squad.

The documents don’t just reveal the existence and activities of the Taliban hunters, they also show why these special units cause so much anger in the Afghan population. Mistakes made by special units are kept secret. One particularly sensitive report of a TF 373 operation dated June 17, 2007 is classified so secret that details of the mission must not be passed on to other ISAF forces. On this day the soldiers appear to have committed a particularly fatal error. The aim of the mission seems to have been to kill the prominent al-Qaida official Abu Laith. The unit had spent weeks watching a Koran school in which the Americans believed the al-Qaida man and several aides were living. But the five rockets they launched from a mobile rocket launcher ended up killing the wrong people.

Instead of the finding the top terrorist, the troops found the bodies of six dead children in the rubble of the completely destroyed school.

The Guardian reports, “The logs reveal that TF 373 has also killed civilian men, women and children and even Afghan police officers who have strayed into its path.”

It is a sign of how debased our society has become that reports of “targeted killings” and assassinations are met with little outrage in the press or by the public. Perhaps this is because we use terms that will not offend as much. Indeed, in the title of this very piece I use the term “extrajudicial killings” rather than “death squads” (which I do clearly use in the text) because I fear that this reality will be so discordant to readers that they will shun the article, perhaps too psychologically defended to accept the terrible truth about the government they have and the country they live in.

Let us say, too, that the mainstream press plays a major role in this. The downsizing of the figure of killings — really murders — by the Special Operations task force, as reported by the New York Times, or underplayed by major bloggers such as Marc Ambinder, lulls the population into believing the terror wrought by the U.S. military in Afghanistan is really not so bad. But it is bad. It is a war crime, and Julian Assange, who orchestrated the release of the documents upon which this story is based is correct in saying that they give evidence of war crimes. I’m reminded of recent stories that have cited the Harvard study (PDF) that showed how the media dropped using the word “torture” after Abu Ghraib.

One wonders what kind of schizoid state exists at the New York Times. One minute their ed board calls President Obama’s forcible deportation of an Algerian Guantanamo prisoner back to a country where he feared persecution, torture, or death “an act of cruelty that seems to defy explanation.” The next minute, the editorial news staff is minimizing the number of targets on a U.S. military task force hit list. I’ll let them figure that one out for themselves.

As for the rest of us, we need to step up the demand that U.S. and NATO forces pull out of Afghanistan.

Jeffrey Kaye is a psychologist living in Northern California who writes regularly on torture and other subjects for The Public Record, Truthout and Firedoglake. He also maintains a personal blog, Invictus. His email address is sfpsych at gmail dot com.

Previous Article
What an Economic Hit Man Does
Next Article
Before the CIA, there was the Pond/French Serial Killer was Source for U.S. Spies During World War II

Political Warfare and the History of Terrorism: The CIA’s Phoenix Program
Jun 27

Political Warfare and the History of Terrorism: The CIA’s Phoenix Program

Before the CIA, there was the Pond/French Serial Killer was Source for U.S. Spies During World War II
Jul 29