The U.S. and U.K. collaborated to snatch Khadija al-Saadi’s family in Hong Kong and deliver them into the custody of a murderous dictator.

President Obama is letting the CIA play a major part in censoring a report on brutal human-rights abuses perpetrated by CIA employees. This has always been self-evidently absurd: No possible arrangement would present a bigger conflict of interest. What many Americans might not know is that the CIA isn’t just intent on covering up torture. It’s also averse to the public knowing more about renditions, a euphemism for kidnapping people and handing them over to violent thugs.

A rendition victim is now speaking out to highlight this aspect of the controversy. Today, she’s a 23-year-old college student working toward a degree in the humanities. When her family was kidnapped she was a frightened 12-year-old girl.

Libyan dictator Muammar Qaddafi was in power at the time. For years, he’d been hunting opponents of his brutal regime, including the father of Khadija al-Saadi, the 12-year-old. Her family fled to the United Kingdom and later to China (her father was present at times and away from the family at other times–he describes his two stints in Afghanistan in this interview). Around this time, Tony Blair’s government and the Bush administration were both trying to cut deals with the dictator, hoping to make him an ally in the war on terrorism. And Dick Cheney was still insisting that America had to operate “on the dark side.”

That’s how the CIA and MI6, its British equivalent, happened to participate in this particular rendition. The family, including our 12-year-old protagonist and her two brothers, age 11 and 9, were kidnapped and forced onto a plane in Hong Kong.

The parents were separated from their kids, she recalled in an essay brought toGawker by an international human-rights group, Reprieve, that helps document renditions:

The guards took us to see our mother once on the 16-hour flight. She was crying, and told us that we were being taken to Gaddafi’s Libya. Shortly before the plane landed, a guard told me to say goodbye to my father, at the front of the plane. I forced myself ahead and saw him with a needle in his arm.

I remember guards laughing at me. Then I fainted.

We were taken off the plane and bundled into cars. Hoods were pulled over my parents’ heads. Libyans forced my mother, sister and I into one car, my brothers and father another. The convoy drove to a secret prison outside Tripoli, where I was certain we were all going to be executed. All I knew about Libya was that Colonel Gaddafi wanted to hurt my father, and that our family had always been moving from country to country to avoid being taken to him. Now we had been kidnapped, flown to Libya, and his people had us at their mercy.

Her account is consistent with documents found by Human Rights Watch after the fall of Libya’s regime. “The documents, discovered on September 3, 2011, describe US offers to transfer, or render, at least four detainees from US to Libyan custody, one with the active participation of the UK; US requests for detention and interrogation of other suspects; UK requests for information about terrorism suspects; and the sharing of information about Libyans living in the UK,” the group stated in a news release. “This cooperation took place despite Libya’s extensive and widely known record of torture and other ill-treatment of detainees.”

The Bush administration transferred at least seven detainees into Qaddafi’s control, knowing full well that he was a murderer, a tyrant, and a sponsor of terrorism. The U.K. took the lead in al-Saadi’s case, but CIA agents were complicit in her treatment. If you’d helped kidnap a 12-year-old girl and delivered her to the henchmen of a Libyan dictator, what would you do to prevent your shameful, embarrass deed from being made public? If given a black pen and the opportunity to ink over the official record, would you?

These are the stakes as the Senate report on CIA practices continues to be suppressed, with Obama’s full knowledge. “Lying on the Oval Office desk, I’m told, is an official report about what happened to me and my family on that night all those years ago,” al-Saadi writes. “Our story will be part of the Senate Select Committee on Intelligence report …. The only question is whether you will be able to read it, or whether it will be hidden under a smear of black ink.”

She argues that publishing an unredacted explanation of what happened to her and her family—or more colloquially, the truth—is the way to prevent such abuses in the future.

“I sometimes imagine President Obama reading the Senate report, and wonder whether he ever asks himself who the people named in the report really are,” she adds. “There are other people who have read my name in the report as well: the team of editors, holding their black marker pens and deciding which bits of the report to redact before it gets published. I wonder who will decide whether my name gets a black line drawn through it, and whether he or she will stop to think what that means.”

For more on her story, see her essay at Gawker, the documents discovered by Human Rights Watch, and the long list of press reports collected at Reprieve’s website. 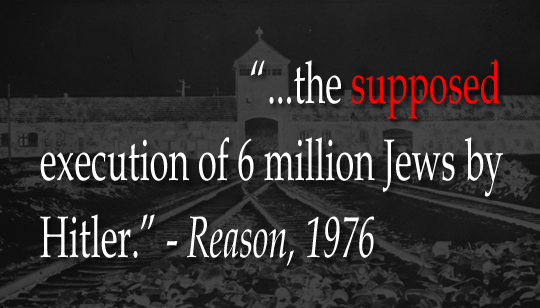