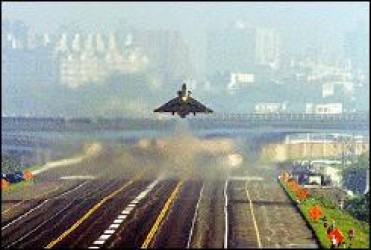 Soldiers are being trained in US city parks and playgrounds and our law enforcement officials outdo themselves in terms of brutality, racism, and Police State measures.

Recently, military helicopters practiced playing war with “military Special Operations commandos training with Denver police and fire teams for a potential terrorism threat in a ‘realistic urban environment’” over the skies of Denver, Colorado in “counterterrorism helicopter exercises, which have rattled windows and residents’ nerves.”

It appears Uncle Sam has reason to believe the DNC convention is going to need some military “intervention” in Denver come August. http://cbs4denver.com/local/terror.exercise.denver.2.750216.html

In addition, in “War On America’s Playgrounds,” this writer reported on the Marine war drills waged in the city of Indianapolis that took place in a city park. Yes, you heard that right. Marines played war games in an Indiana city park. I swear to you, I’m not making this up!
http://www.opednews.com/maxwrite/diarypage.php?did=7672

In a recent edition of The Rocky Mountain News,

it was reported that Special Operations teams have conducted military training successfully in other cities as well. The article mentioned that the Special Operations Command had conducted at least 21 such exercises in U.S. cities, including Atlanta, Chicago, Dallas and Seattle over three years. A Washington Post article was quoted as reporting, “In city after city, the exercises have drawn fire from frightened residents who are not told beforehand that the roaring helicopters flying in circles several hundred feet overhead late at night … are trying to get as close as possible to the buildings they appear about to crash into.”

Starting with Katrina, federal enforcers and soldiers-for-hire have been getting Americans accustomed (conditioned) to a military and para-military presence within US cities. The use of private soldier companies like Blackwater eases the burden on the feds, as it lessens the necessity of having to pay benefits to federal employees. Plus, hiring contractors puts monies in the hand of private profiteers and stock holders often well-connected to those who make such decisions. Hiring private soldiers also lightens the federal legal burden should these contracted gunmen ever become, shall we say, a little too trigger-happy in the course of their work.

These realistic, urban warfare exercises are no mere customary military training drills, as there are roughly 440 military bases in the US upon which GI soldier games can be played.

The expansion of war training to include America’s city parks and playgrounds undoubtedly serves another purpose – one that won’t be revealed tonight on the local TV newscast – as Americans become not-so-subtly acclimated to military presence and stringent law enforcement control within… and takeover of… their communities.

Still don’t get why the Department of Defense would choose to play war in US cities? f you think the answer is to practice soldier maneuver drills, think again. The normalization of military and para-military presence is a domestic operation being waged for the same reasons lethal Tasers are used by local law enforcers, police brutality is commonplace in our lower income neighborhoods, and gang violence, pitting our urban, non-white youth, one against the other, is often “helped” along – rather than prevented.

Soldiers now appear on Main Street, USA for the same purpose mindless TV viewing masses have been force-fed justification for liberal doses of torture on shows like the FOX channel’s “24.” Simultaneously, the rights and civil liberties of our citizens are being eroded while the Big Brother Surveillance State reaches mind-boggling new heights… with cameras now perched above nearly every traffic light and city street corner.

It’s a dog-eat-dog world where a growing Police State is continually justified as a means of keeping the peace – or, so we are led to believe. The United States is rapidly becoming a nation where brutality – and a culture of fear, militarization, and surveillance – is being augmented, with the goal of keeping American citizens compliant, passive, and obedient under authoritarian, militant control. …

With regard to the increasing brutality of local law enforcement as the norm, we must work to expose what celebrated San Francisco community organizer, mesha Monge-Irizarry
http://mysite.verizon.net/vzeo9ewi/idrissstelleyfoundation/ has termed the “war at home and abroad.” In describing some of the aspects of what the lifelong activist wrote are the “7 Degrees of Managed Mayhem,”
http://mysite.verizon.net/vzeo9ewi/idrissstelleyfoundation/ in Poor Neighborhoods of Color, law enforcement creates “Managed Mayhem” to successfully antagonize the Youth into killing each other… In ‘response,” law enforcement Harrasses, Brutalizes and Kills Poor People of Color.”

Monge-Irizzary is a dedicated San Francisco organizer and activist whose only son, Idriss Stelley, a 23-year old African American, was wrongfully, brutally gunned down on June 13, 2001. Nine police officers fired 48 shots at the honor roll student experiencing an emotional breakdown inside an empty movie theater while possessing no firearms – not posing a serious threat to anyone. http://mysite.verizon.net/vzeo9ewi/idrissstelleyfoundation/

With monies awarded in a 2003 settlement against the city and county of San Francisco Police Department, Stelley’s extraordinary mother, Ms. Monge-Irizzary, channeled her grief into providing benefit for humanity and needed change in law enforcement by founding the Idriss Stelley Action and Resource Center.

http://mysite.verizon.net/vzeo9ewi/idrissstelleyfoundation/ The mission of the non-profit organization that bears the name of the murdered young Stelley is to end law enforcement brutality and racially based police actions, empower victims and survivors of law enforcement misconduct, provide support and development for organizations and individuals working to address police accountability, end the death penalty, and to organize grassroots campaigns and events to raise awareness and create policy changes.

A peek at the Idriss Stelley Action and Resource Center (ISARC) website demonstrates how the determination of one citizen who wishes to make a difference in this nation can establish changes in the way local law enforcement operates in our communities. This organization depends on private sources of funding to end brutality and racism in law enforcement agencies throughout the nation. To assist with this effort, to connect with organizations through which ISARC works, and to lend your charitable support to this group’s superb ongoing actions, visit their website.
http://mysite.verizon.net/vzeo9ewi/idrissstelleyfoundation/

Be a part of making greatly needed change happen to oppose what’s going on in our cities. Resist the growing Police State taking place through both military training exercises and police brutality and racism. Join me in providing support to the Idriss Stelley Action and Resource Center (ISARC) in its actions geared in stopping militant law enforcement practices including brutality and racism. Through the support of organizations like ISARC that work to stop injustice in our cities, together we can make great strides in making our local, state, and federal law authorities work to provide assistance and public service to our communities – not the spread of militarization, brutality, racism, and other actions that harm – not support our fellow citizens. 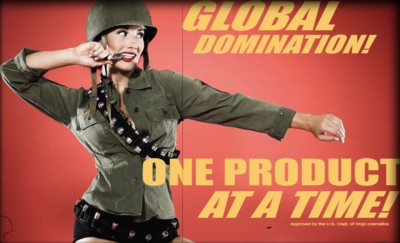