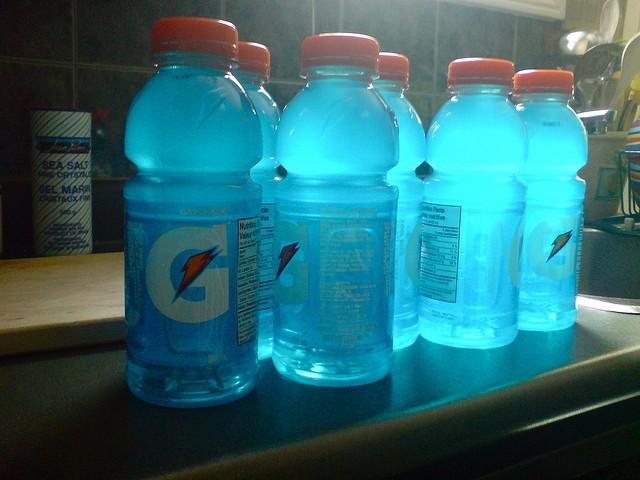 PepsiCo Inc is removing a controversial  chemical from its Gatorade drinks following concerns from consumers and an online petition by a  Mississippi teenager.

Gatorade said the change was not a response to the  petition, although the 15-year-old girl claimed victory.

The ingredient,  brominated vegetable oil (BVO), is a chemical containing bromine, which is found  in fire retardants. Small quantities of BVO are used legally in some  citrus-flavored drinks in the United States to keep the flavor evenly  distributed. It was present in Gatorade Orange and Lemonade and other smaller  flavors.

Molly Carter, a spokeswoman for Gatorade, said BVO-free versions  of those drinks will roll out across the United States in the next couple of  months. She said the move to replace BVO has been in the works for some time,  and was not a response to the petition by Sarah Kavanagh, the 15-year-old girl  from Hattiesburg, Miss. Kavanagh started a petition on Change.org, an online  petition platform, to ask PepsiCo to remove BVO from Gatorade. It received more  than 200,000 signatures, and on Friday, the teenager declared victory.

“When I went to Change.org to start my petition, I thought it  might get a lot of support because no one wants to gulp down flame retardant,  especially from a drink they associate with being healthy,” the girl said via a  statement on Change.org. “But with Gatorade being as big as they are, sometimes  it was hard to know if we’d ever win.”

According to the Center for Science in the Public Interest, a food  safety watchdog group, BVO is a “poorly tested and possibly dangerous food  additive and there’s no reason to use it in Gatorade or other drinks.”

“I  applaud PepsiCo for doing the responsible thing and voluntarily getting it out  of Gatorade without waiting for government officials to require it to do so,” said Michael Jacobson, the group’s executive director, in a statement.