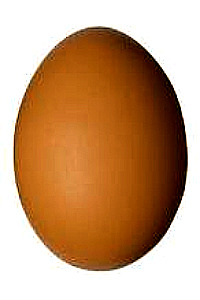 I spoke with Alec MacGillis this morning about the 550,000,000 eggs being recalled and the 1,300 people sickened and the company, Wright County Egg, in the middle of it. His story, “Before salmonella outbreak, egg firm had long record of violations,” and the violations he cites is even shocking to me, and I have been at this for 17 years. I must tell you, I am looking forward to putting him under oath. Here are a few examples:

In 1996, DeCoster was fined $3.6 million for health and safety violations at the family’s Turner egg farm, which then-Labor Secretary Robert Reich termed “as dangerous and oppressive as any sweatshop we have seen.” Regulators found that workers had been forced to handle manure and dead chickens with their bare hands and to live in filthy trailers.

I hope these guys have good lawyers and lots of insurance.

Previous Article
NY GOP Gubernatorial Candidate Carl Paladino: 1) Empty the Prisons, House the Poor in them to “Save Money” (also “Teach them Hygiene”), 2) Democrats Consider Him a “Neandrathal from the Dark Ages”
Next Article
Evangelical Progressive Icon Jim Wallis Finally Admits to Funding from George Soros