In which Loftus, a veteran advisory board member of the False Memory Syndrome Foundation celebrated by the media for debunking ritual abuse and mind control allegations,  is sworn in …. and exposed as a fraud …

In the Libby Case, A Grilling to Remember

With withering and methodical dispatch, White House nemesis and prosecutor Patrick J. Fitzgerald yesterday sliced up the first person called to the stand on behalf of the vice president’s former chief of staff.

If I. Lewis “Scooter” Libby was not afraid of the special counsel before, the former Cheney aide, who will face Fitzgerald in a trial beginning Jan. 11, had ample reason to start quaking after yesterday’s Ginsu-like legal performance.

Fitzgerald’s target in the witness box was Elizabeth F. Loftus, a professor of criminology and psychology at the University of California at Irvine. For more than an hour of the pretrial hearing, Loftus calmly explained to Judge Reggie B. Walton her three decades of expertise in human memory and witness testimony. Loftus asserted that, after copious scientific research, she has found that many potential jurors do not understand the limits of memory and that Libby should be allowed to call an expert to make that clear to them.

But when Fitzgerald got his chance to cross-examine Loftus about her findings, he had her stuttering to explain her own writings and backpedaling from her earlier assertions. Citing several of her publications, footnotes and the work of her peers, Fitzgerald got Loftus to acknowledge that the methodology she had used at times in her long academic career was not that scientific, that her conclusions about memory were conflicting, and that she had exaggerated a figure and a statement from her survey of D.C. jurors that favored the defense.

Her defense-paid visit to the federal court was crucial because Libby is relying on the “memory defense” against Fitzgerald’s charges that he obstructed justice and lied to investigators about his role in the leaking of a CIA operative’s identity to the media. Libby’s attorneys argue that he did not lie — that he was just really busy with national security matters and forgot some of his conversations.

When Fitzgerald found a line in one of her books that raised doubts about research she had cited on the stand as proof that Libby needs an expert to educate jurors, Loftus said, “I don’t know how I let that line slip by.”

“I’d need to see that again,” Loftus said when Fitzgerald cited a line in her book that overstated her research by saying that “most jurors” consider memory to be equivalent to playing a videotape. Her research, however, found that to be true for traumatic events, and even then, only 46 percent of potential jurors thought memory could be similar to a videotape.

There were several moments when Loftus was completely caught off guard by Fitzgerald, creating some very awkward silences in the courtroom.

One of those moments came when Loftus insisted that she had never met Fitzgerald. He then reminded her that he had cross-examined her before, when she was an expert defense witness and he was a prosecutor in the U.S. attorney’s office in New York. 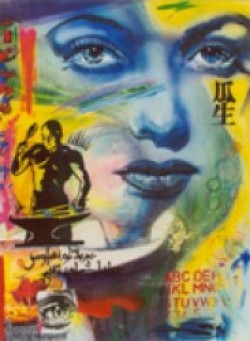