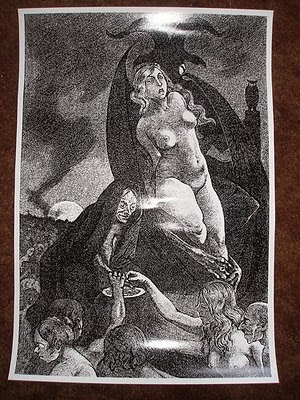 PORTLAND, Ore. (AP) – A man convicted in a New Mexico rape and abduction case and accused in a separate abduction and murder case in Oregon had been interested in Satanism and had tried to sexually assault his sister and their cousin.

That’s according to new documents obtained in the latter case.

Forty-1-year-old Joel Courtney is charged with kidnapping and aggravated murder in the May 2004 disappearance of Brooke Wilberger while she was working outside an apartment complex near Oregon State University in Corvallis.

Wilberger’s body never has been found.

But court documents released today provided revealed details showing that Courtney was in Corvallis when Wilberger disappeared and that the green van he was driving was spotted by several people, including an OSU employee who identified him from a photo lineup.

Copyright 2008 The Associated Press. All rights reserved. This material may not be published, broadcast, rewritten or redistributed.

Court documents made public Thursday detail some of the evidence against Joel Patrick Courtney, charged with the abduction and murder of 19-year-old Brooke Wilberger, who vanished four years ago from a Corvallis apartment complex.

Among the evidence linking Courtney, 41, to the crime: blond hairs and other items found during a search of Courtney’s New Mexico home, witness statements placing Courtney near the apartment complex shortly before Wilberger’s disappearance, and Courtney’s odd behavior in the days after the crime.

A circuit court judge in New Mexico, where Courtney recently was sentenced to 18 years in prison for the kidnapping and sexual assault of another woman, unsealed the documents in response to news media requests.

Benton County District Attorney John Haroldson said the documents represent only a portion of the case against Courtney. He declined Thursday to discuss the contents of the papers, except to confirm that they describe a search of Courtney’s home and the seizure of items, including DNA evidence, that can be used to tie Courtney to the crime.

“The information is an important record with regard to the investigative steps that have taken place up to this point,” Haroldson said.

Wilberger, a Brigham Young University student and 2003 graduate of Elmira High School, disappeared May 24, 2004, from a Corvallis parking lot where she was working for her sister. Her body has not been found, and she is presumed dead.

According to the unsealed documents, detectives who searched Courtney’s Rio Rancho, N.M., home in December 2004 found a hair tie twisted with blond and brownish hair inside a duffel bag that Courtney had taken to Oregon around the time of Wilberger’s disappearance, as well as a floor mat with blond hair fibers. They also seized samples of string, tape and rope.

In building their case against Courtney, investigators cited statements by three witnesses who reported seeing a green minivan within blocks of the Oak Park Apartments around the time of the abduction. One witness confirmed it was a Dodge Caravan with Minnesota plates.

Courtney was driving a dark green Dodge Caravan with Minnesota plates owned by his employer. The witness said the driver was wearing a red ball cap and glasses. Courtney’s in-laws, with whom he was living at the time, said he had glasses and a red cap.

Another witness said the driver of a green van stopped her that morning and asked for directions to the Oregon State University Athletic Office before driving off.

A second woman told police that a man in a green minivan asked her for directions to a fraternity house. When the man got out of the van and opened the large sliding door, the woman “became suspicious and concerned so she started backing away from the van,” the documents say.

The documents reveal that two residents of the Oak Park Apartments reported hearing a short, sharp scream about 10 a.m., around the time Wilberger was outside cleaning street lamps for her sister. Relatives who searched for her after she vanished found one of her flip-flops abandoned in the parking lot.

Courtney was scheduled to appear in Lincoln County Circuit Court in Newport that morning on a drunken driving charge. He called the courthouse to say he was in Corvallis and was running late. He never arrived.

He also did not return to his in-laws’ Portland home as expected that evening. When he finally turned up nearly two days later, the green van was covered in mud, a fact that investigators found suspicious. He told his in-laws that he had been “off road and had slept in the van,” the documents said.

Two days after Wilberger’s disappearance, Courtney arrived at Oregon Health & Sciences University in Portland complaining of chest pains and high blood pressure. According to court papers, Dr. John Cochran, a forensic psychologist who has consulted on the case, suggested that Courtney may have been experiencing guilt-induced anxiety for his alleged role in Wilberger’s disappearance.

Two or three weeks later, Courtney left Oregon for New Mexico. Before leaving, he told his in-laws that “the cops were after him” and that he recently had been kidnapped.

Cochran told investigators that it was not uncommon for violent criminals to invent a cover story that parallels their crimes.

Six months after Wilberger disappeared, Courtney was arrested for the kidnapping and sexual assault of a petite blonde, a foreign exchange student attending the University of New Mexico in Albuquerque.

Investigators wrote in court papers that the crime bore striking similarities to the Wilberger case.

The woman said a man, later identified as Courtney, grabbed her from behind and held a knife to her throat. He forced her into the passenger seat of his car, which had been reclined out of view. The man made her perform oral sex, bound her with shoestrings and a scarf, and sexually assaulted her.

She escaped when Courtney stepped out of the car for a moment. Investigators wrote that they believe Courtney planned to kill her.

Courtney was arrested later that day for the New Mexico assault. He pleaded guilty to unlawful sexual penetration and kidnapping and was sentenced to 18 years in prison.

According to investigators, Courtney previously had been arrested in Oregon in 1985 for the attempted rape and sexual assault of an 18-year-old acquaintance. He was convicted of third-degree sexual abuse.

Detectives also have learned of two other alleged victims, both relatives of Courtneywho said he sexually abused them when they were teenagers.

One of the relatives said Courtney began abusing drugs at age 11 and developed an interest in Satanism by age 15. Other family members said he had been diagnosed with bipolar disorder, the court papers say.

Courtney is being held in the Benton County Jail without bail. He is scheduled to appear in court for a status conference on May 23 at 10 a.m.

Josef Fritzl is a Multiple Personality, Say Psychiatrists
May 02