Alleged Cult Leader Due Back in WI Court 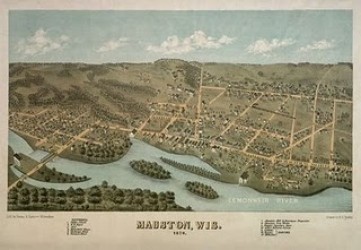 MAUSTON, Wis. -- A self-proclaimed religious leader accused of helping a follower hide a corpse on her toilet is due back in court tomorrow.

Alan Bushey's plea hearing is set for Tuesday in Juneau County Circuit Court. He's expected to enter pleas to charges that include causing mental harm to a child, hiding a corpse and theft.

Prosecutors say Bushey and his follower, Tammy Lewis, kept the decaying body of 90-year-old Magdeline Alvina Middlesworth on Lewis' toilet. Middlesworth was another member of their group. District Attorney Scott Southworth has described the sect as a cult.

A criminal complaint says Bushey told Lewis that God would bring Middlesworth back to life. Prosecutors believe they both wanted to go on collecting Middlesworth's Social Security.

I wonder if people walked by the bathroom, and said " Good God, who died in there"?