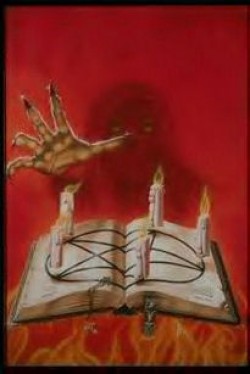 BELGRADE, Serbia: A man was arrested Saturday on suspicion that he killed a 5-year-old boy and his uncle and dismembered them in a satanic ritual, Serbian police said.

The suspect, identified only as Danijel J., 27, is accused of cutting off the victims heads, arms and legs on Monday in Novi Banovci, a village just north of Belgrade, before he dumped their bodies into the Danube River, a police statement said.

Earlier, a police official speaking on condition of anonymity, had said the suspect admitted to the killing, but the statement made no reference to that.

The dismembered bodies of the boy and his 26-year-old uncle were discovered by fishermen on Friday, police said.

Zoran Lukovic, a police inspector involved in the investigation, told B-92 TV that a search of Danijel’s flat in the village showed he possessed “satanic literature” — including a manual on how to dismember a human body — which showed he belonged to an unidentified religious sect.

Belgrade’s B-92 TV, quoting police investigators, said the suspect used a hacksaw and knives to cut the victims at his home and in a nearby forest. It said he did not state the motive for the murders which have spread panic among the local population.

Lukovic, the police inspector, said that police discovered “a room with an altar” at Danijel’s home where he performed satanic rites.