Dr. Karl Kordesch, one of the inventors of the alkaline battery and a pioneer of fuel cell technology, recently passed away in Eugene OR, at the age of 88.

After surviving World War II, Dr. Kordesch moved from his native Vienna, Austria to the United States in 1953 as part of Operation Paperclip. From 1953 to 1955 he served as the head of the Battery Division of the U.S. Signal Corps in Fort Monmouth.

While working at Union Carbide's Parma, Ohio research center in 1960, Karl Kordesch, P.A. Marsal and Lewis Urry were granted a patent (2,960,558) for the alkaline dry cell battery, which now makes up 90% of the global battery market. It was later sold as the Eveready Energizer battery.

He held a Ph.D in Chemistry from the University of Vienna and later served as the Director of the Institute for Inorganic Technology at the Graz University of Technology. In the early 1970's he built the first practical fuel cell car from a converted Austin A40 that had a range of 180 miles, which he drove as a personal vehicle for several years. He also built a Hydrazine-Fuel Cell-Nickel Cadmium battery hybrid motorcycle. 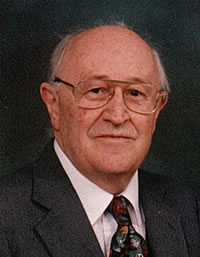 During the last 34 years of his life, Karl Kordesch fought a personal war against single-use disposable batteries, inventing a rechargeable version of the alkaline battery. Major manufacturers of single use batteries blocked his efforts in the US, so he moved to Canada in 1986 and co-founded Battery Technologies Incorporated (BTI) in Toronto, Canada to produce alkaline rechargeable batteries. He served as Senior Vice President of Research and Development. Twenty patents were granted to him and assigned to BTI on Rechargeable Alkaline Manganese Dioxide (RAM) Batteries.

Karl V. Kordesch was a pioneer of batteries and electric cars

... Kordesch died Jan. 12 at home in Eugene, Ore. He'd spent 22 of his 88 years in Greater Cleveland with National Carbon and Union Carbide.

His family said he earned 120 patents, including breakthroughs for electric vehicles and alkaline batteries. He also turned out four books and more than 200 papers. He won top awards from around the world. ...

Kordesch was born in Vienna and married Erna Bohm there in 1946. He earned a doctorate in chemistry from the University of Vienna in 1948 and worked at the school's chemical institute.

As part of Operation Paperclip, which imported leading scientists from Europe, he moved to Fort Monmouth, N.J., in 1953 and began to lead battery research for the U.S. Signal Corps there.

Two years later, Kordesch moved to Lakewood and began working in Cleveland for National Carbon. The company eventually became part of Union Carbide, and his lab moved to Parma. ...

In 1960, he shared a patent with P.A. Marsal and Lewis Urry for a new kind of alkaline dry cell 1.5-volt battery. Held together partly by powdered cement, it had fewer leaks, more current, and longer life than the competition. The battery was sold as the Eveready brand and symbolized by a cat with a forked tail. It evolved into the Eveready Energizer, symbolized by the ubiquitous bunny.

Kordesch spent most of his Union Carbide years improving rechargeable batteries for electric vehicles and promoting prototypes, once in front of the company's headquarters on Manhattan's Park Avenue. He used batteries for day-to-day driving.

"Mass production of an electric car is still years away," he warned The Plain Dealer in 1970.

In 1977, he returned to his homeland to lead the Institute for Inorganic Technology at the Graz University of Technology. Soon he became the university's dean of science and technology. ...