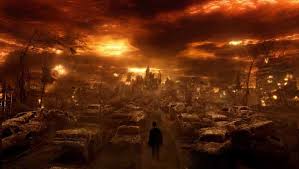 Cuts in the food stamp program and Medicare explained …

” … Not only [has] Obama announced that there is going to be a 350 billion dollar upgrade of nuclear weapons, not only did the British Defence Secretary announce the same thing, but the Senate two days ago voted to authorize the creation of two new huge secret underground plutonium production labs that will expand plutonium production for the next 150 years. … “

Press TV has conducted an interview with Brian Becker, with the A.N.S.W.E.R. Coalition in Washington, to discuss US President Barack Obama’s plans to modernize the nuclear arsenal of the country with a budget of about USD 355 billion, thus reneging on his earlier disarmament pledges.

The following is a rough transcription of the interview: Press TV: It started out in 2011 as 75 billion dollars to maintain US nuclear weapons. Then it increased to 300 billion in 2012, and now as the year is drawing to a close: 355 billion dollars or 450 billion dollars over the next decade, depending on which report you are looking at, also with costs likely to increase after 2023. What is your reaction when you hear about these astronomical figures being spent on the nuclear program of the United States which includes nuclear weapons?

Becker: The US has spent seven trillion dollars on nuclear weapons since they first used them in 1945. They kept the cities of Nagasaki and Hiroshima clean. In other words, they did not firebomb them as they did Tokyo so that they would have the opportunity to see for themselves and to show the world the destructive power of nuclear weapons when they were used. So, yes. They did incinerate 200,000 people. Nagasaki and Hiroshima were civilian cities. They were not military targets. It was an act of the most coldblooded brutality. The US was hoping to have a monopoly for nuclear weapons to be able to bully, to press the Soviet Union, to push around the rest of the world. It was their great fear that others would overcome their monopoly and the Soviet Union did in 1950. Your other guest said there has been a period of prolonged peace because of US nuclear weapons. Well, I would say, what was the Korean war where five million Koreans perished according to the Encyclopaedia Britannica or the Vietnam war where three million died?

The United States uses nuclear technology and nuclear weapons in order to bully other countries. The new expansion by the United States, the upgrade, the new generation of nuclear weapons is an expansion and it is a clear violation of the Nuclear Non-Proliferation Treaty which states clearly that there is an affirmative obligation by all of the nuclear powers to begin the process of nuclear disarmament so that the other countries could be dissuaded from getting nuclear technologies themselves.

Instead of acting as they are obligated to the Nuclear Non-Proliferation Treaty, not only the United States but Britain too just announced the major refurbishment of its nuclear weapons program. They say to the Iranian government that the mere possession of nuclear plants, even those for civilian energy purposes, somehow constitute an existential threat to humanity. They tell the Iranian people that they will be sanctioned brutally, deprived of that which is necessary to sustain life and a civilian economy in a modern world because they have a nuclear program. And as the Iranian government goes ahead and tries to come to some negotiated settlement to create an easing of sanctions, the United States and Britain arrogantly announce that they are not only going to impose new sanctions on Iran in spite of its compliance with the interim agreement in Geneva, but they are in fact planning to spend hundreds of billions of new dollars on new nuclear weapons and that is a contravention of the Nuclear Non-Proliferation Treaty and a complete violation of the spirit and the letter of the nuclear negotiations that are taking place.

Press TV: Mr. Becker, what is your reaction to George Lambrakis [the other guest of the program]?

Becker: The Nuclear Non-Proliferation Treaty is very very clear. It says that non-nuclear powers are agreed to not become possessors of nuclear weapons in exchange for the major nuclear powers to begin the process and go forward with the process of nuclear disarmament. That is the quid pro quo. Now, nobody can say that the United States is moving towards nuclear disarmament. In fact, not only is that Obama announced that there is going to be a 350 billion dollar upgrade of nuclear weapons, not only did the British Defence Secretary announced the same thing, but the Senate two days ago voted to authorize the creation of two new huge secret underground plutonium production labs that will expand plutonium production for the next 150 years. That is a very important fact and I think the world is not yet learning about it or just learning about it. This was going to be in Los Alamos, the nuclear facility in New Mexico and the US government has just announced in spite of environmental impact statements, in spite of everything, to rush forward for the creation of two new plutonium factories, modules that will be producing plutonium for as decades and decades to come. That is to enrich and enhance nuclear weapons. The United States is moving nuclear weapons into outer space that is one of the big projects. They see nuclear weapons and nuclear weapons possession as a form of creating dominance. It is not keeping the world safe.

Nuclear weapons are by their own use inherently a war crime. They cannot distinguish between soldiers and civilians. That was certainly true when the US dropped nuclear bombs on Nagasaki and Hiroshima wiping out 200,000 people instantly. That is a war crime. That is a crime against humanity and a crime against peace. And the US has continued to be addicted to nuclear weapons ever since.

The CIA for the past two years through Jordan has coordinated mass of arm shipments from Saudi Arabia, from Qatar and from Turkey, to fuel a civil war in Syria that has taken the lives of a hundred thousand people. You act as if al-Assad and the al-Assad government killed all the people. The United States government purposely fueled the civil war because the Syrian government must go. No, it was the United States government, Saudi Arabia and Qatar and Turkey that did this. 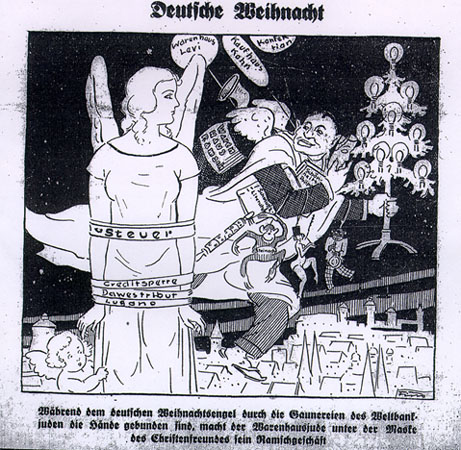