(The military-corporate media have censored this scandal into oblivion, but The Constantine Report has been covering it for years. SEE NUKEGATE ARCHIVE.)

The AQ Khan nuclear network was first introduced to the public in early 2004, with Abdul Qadeer Khan’s dramatic televised confession to the Pakistani public that he had participated in selling nuclear technology, including bomb-making designs and equipment, to countries including Iran, North Korea, and Libya.

Right from the beginning, the sensational nature of the network and its eventual discovery, a tale of international intrigue and shadowy spy craft, seemed tailor-made for headline-grabbing reports, or sensationalistic BBC docudramas.

By now, much has been reported on the Khan network and its eventual unraveling. As is typical with these events, a popular understanding has emerged around the early reporting on the subject, one that suggests that Dr. Khan was working essentially off the radar and out of sight of the intelligence agencies whose very existence is predicated on identifying such threats long before they develop.

And as is also typical with these events, that popular understanding is completely wrong.

In fact, as we now know, Khan and his network were known, identified, surveilled, funded and even protected by the CIA from its very inception.

In 1974, Abdul Qadeer Khan offered his services to the Pakistani government to help them develop a nuclear bomb. Within a year, he was already under investigation by the BVD, a Dutch intelligence service. The BVD informed the CIA that they were going to arrest Khan for passing nuclear secrets to Pakistan, but the CIA told them to let him continue his operation. According to former Dutch Economic Affairs Minister Ruud Lubbers, “The Americans wished to follow and watch Khan to get more information.”

Around the same time the NSA began monitoring a group of German and Swiss companies supplying high-tech parts for developing nuclear weaponry. According to a Seymour Hersh report for the New Yorker in 1993, the companies’ “telexes and facsimile transmissions were routinely intercepted and translated for signs of nuclear trafficking with Pakistan.” Through their efforts, American intelligence agencies were able to obtain the floor plans for Kahuta, the nuclear enrichment plant that Khan’s network was helping to build, before it had even been constructed. Once Kahuta was online, the CIA was able to obtain firsthand information about its day-to-day operations.

In the mid-1980s, a CIA analyst named Richard Barlow learned of an attempt by a Pakistani businessman to purchase equipment for its nuclear program for an American company. The deal involves well-known Pakistani government operatives and so a sting was set up in a bugged hotel room to catch them in the act. However, two high-ranking US government officials, one identified as Deputy Assistant Secretary of State of Near East Affairs, Robert Peck, tipped off the Pakistanis about the sting and the main target, a retired brigadier in the Pakistani army, didn’t show up. Barlow and others in the Agency demanded an inquiry into the blatantly illegal activity, but the investigation was dropped. When he tried to tell the truth about what happened during a Congressional hearing, he was denounced by his own manager and eventually forced out of his position.

Richard Barlow appeared on the Boiling Frogs Post podcast in 2009 to discuss the details of his case.

There were numerous other intelligence operatives, spies and moles in the so-called Khan network.

Mohammed Farooq, the uncle of the network’s so-called Chief Financial Officer, cashed a cheque from the Iranian Atomic Energy Agency in 1987. Both a Pakistani military source and Khan himself have identified Farooq as a CIA agent. No effort was ever made by the US to locate Farooq after the unraveling of the network.

One of the families that helped establish the network in the mid-1970s, the Tinner family of Switzerland, have recently been identified as CIA operatives in the network. In 2010, it was announced that the long investigation into the Tinner’s role in the nuclear black market has been hampered by the fact that the Swiss government itself destroyed numerous documents relating to their case, including plans for nuclear weapons and technologies, at the insistence of the CIA.

In 2000, the network was independently discovered by a diligent British Customs investigator, Atif Amin, who uncovered its activities in Dubai. When he went to his bosses with the evidence, his investigation was shut down. When his story made its way into a book in 2007, his home was raided on the pretence that he had broken the Official Secrets Act. After a two-year ordeal of official persecution, Amin finally saw justice in 2010 when the British government announced they had found no evidence whatsoever that he had leaked any sensitive information.

Earlier this week, I had the chance to talk to Pulitzer-nominated journalist Joseph Trento, Editor of DCBureau.org and the co-author with David Armstrong of America and the Islamic Bomb: The Deadly Compromise, about an article he wrote last year about Atif Amin’s extraordinary story.

Inevitably, however, as happens every time that an intelligence operation leads to some catastrophic result, the “incompetence theory” is trotted out as a way to explain what happened.

The underlying assumption is that the intelligence agencies, although necessarily engaged in underhanded dealings, are only staffed by agents and headed by officials who are only interested in the well-being of the country’s national interests, and the entire affair is blamed on the stupidity of those involved.

So, too, in the Khan case, it is argued that the CIA, despite infesting every layer of this plot, somehow remained completely oblivious to Khan’s efforts to proliferate these weapons to North Korea, Iran, and Libya until it was already too late,

The assumption that the agents involved in these operations and the officials overseeing them are working in the best interest of their country, however, bears closer scrutiny. There is a long, documented history, of the United States arming its enemies, a practice that is later used as justification for military intervention in those same areas that it is dealing with.

There is also the question of what happens when the politicians in charge of monitoring these programs are not acting in their country’s interests.

One of the proponents of the “incompetence theory” in this “accidnetal” arming of America’s enemies is David Albright, president of the Institute for Science and International Security. In his 2010 book, “Peddling Peril,” Albright argues that lack of monitoring and political will was ultimately responsible for Khan’s proliferation. One of the officials he credits in the book’s Acknowledgements section is Marc Grossman, the US Special Envoy to Afghanistan and Pakistan and the former Ambassador to Turkey.

In her 2009 testimony under oath, FBI whistleblower Sibel Edmonds confirmed that Grossman was in fact on the payroll of some of the very groups involved in the nuclear black market, and that Grossman had hindered CIA efforts to penetrate that market.

So in the end, we have to ask ourselves what this all means.

While there is no doubt that there are many dedicated and honest professionals in the western intelligence establishment, why is it off limits to raise the possibility that some people in key positions have their own vested interests in working against the national security interests of their country and in favour of such strategies as nuclear proliferation to enemy states?

What progress can those on the outside of these matters possibly make in investigating these events if every act of cover-up, obstruction and obfuscation on the part of officials, even acts that form part of an identifiable pattern, are chalked up to stupidity?

Is this a fruitful avenue of research or a way of conveniently closing down investigations of accusations of specific acts of treason committed by people in positions of power?

Given the active involvement and penetration of seemingly every level of the Khan network by the intelligence agencies in a decades-long “sting operation” that ended with nuclear technology being transferred to enemies who the US have long been clamouring for an excuse to go to war with, is it time to ask how much control the CIA really has over the nuclear black market, and whether this is all more than a mere question of “incompetence”?

The CIA and the Nuclear Black Market (Eyeopener Preview) 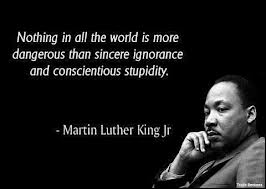